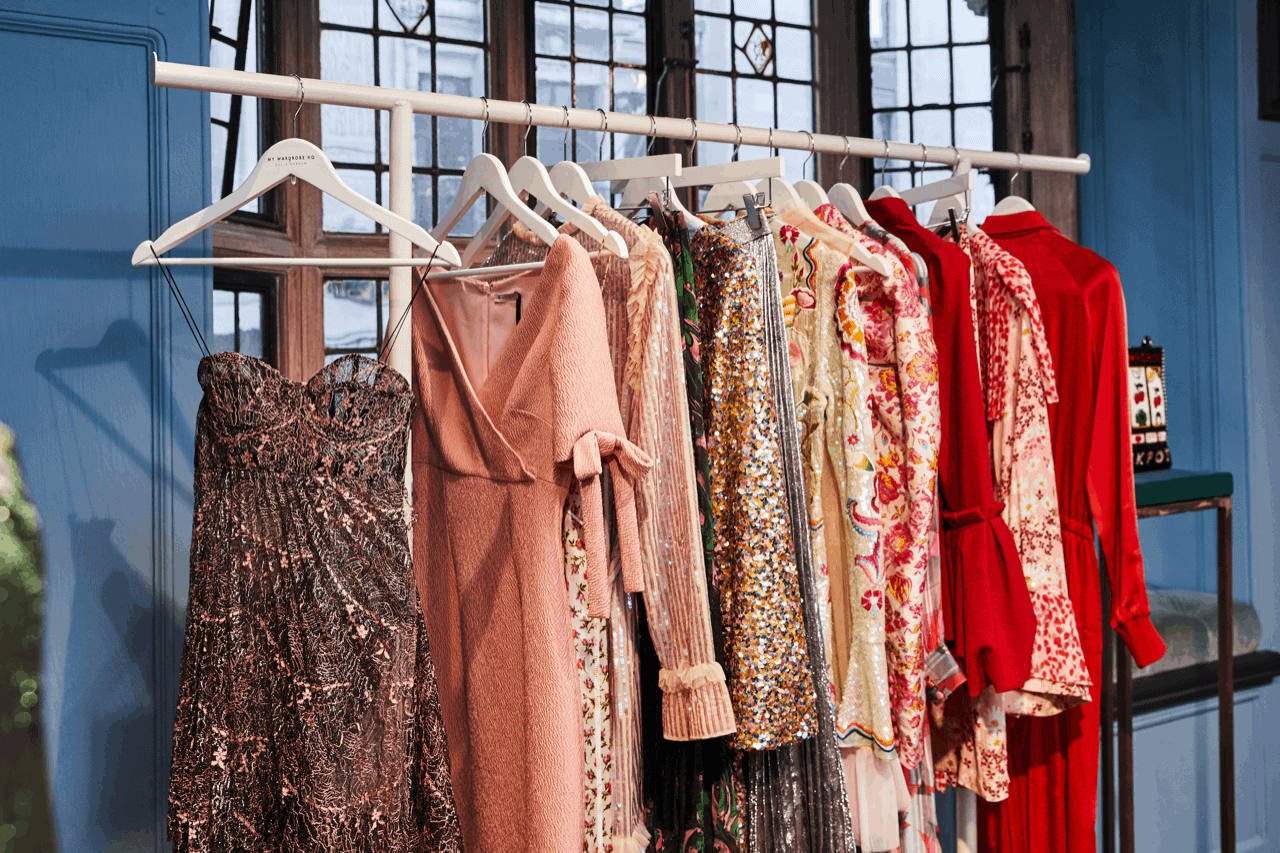 This week, Liberty London opened its doors to a fashion rental pop-up, marking a retail first for the iconic London department store and a landmark statement about the future of how we will consume fashion.

The pop-up, brought to you by the team behind luxury rental site My Wardrobe HQ, is a specially curated edit of eventwear featuring brands such as Alexander McQueen, Christopher Kane, Celine, Prada and Victoria Beckham, to name a few. With prices ranging from £12 a day for an Alexander McQueen mini dress to £42 for a layered Stella McCartney dress. You also have the option of buying the piece outright, for a considerable mark-down from the RRP.

Co-founder & CEO of My Wardrobe HQ, Sacha Newall, said: “We are delighted Liberty London is joining us to be a disruptor and a revolutionary when it comes to sustainable fashion. My Wardrobe HQ is symbolic of how the fashion industry is changing and Liberty London recognised this first! The millennial has the mindset of ‘no ownership’, purchasing and sharing clothing is a great way for anyone to explore fashion this way.”

What’s in it for consumers? Sacha said renters can tap designers which they may have otherwise been unable to afford due to the low rental prices, while also exposing them to emerging designers they might not have heard of.

My Wardrobe HQ recently appointed Jane Shepherdson to the role of chairwoman – the woman with the midas touch, when it comes to fashion. She was the force behind Topshop’s meteoric rise in the noughties, turning it from a £9m profit company to a £110m profit business in the space of six years. She subsequently bought the Whistles brand and relaunched it as a high street stalwart. Jane has always had her finger on the pulse in terms of what is cool and what will be cool.

Jane told FashionBite exclusively: “I was working independently on a clothing rental platform, when I was approached by Sacha and Tina, who convinced me in less than an hour, that if rental was going to become successful in this country, it would be through their platform. They had created a logistics solution that made rental scalable easily, and were such a compelling team, it was impossible to resist.

“It feels as if people are just becoming aware of the environmental damage that fashion is doing to the planet, and therefore are looking for ways to maintain the enjoyment of fashion, but at a lower environmental cost. My epiphany came a couple of years ago, when I realised that I was feeling guilty whenever I went shopping, and that the enjoyment had gone. Rental brings back the joy,” she added.

Since US-pioneer Rent the Runway’s launch in 2009, clothing rental has become a huge trend in America, with the site hitting a billion-dollar valuation in March last year and over 9 million subscribers.

The global online clothing rental market is expected to grow at an annual rate of nearly 11% between 2018-2023 and unsurprisingly UK businesses [and consumers] are keen to tap into this lucrative and cool, new fashion sector.

The consumer zeitgeist is shifting in terms of how we consume fashion and its impact on the planet, which are now big considerations for generation Z. Beautifully, well-made fashion can last generations and there is no need to own something outright if you’re only planning to wear it once or twice.

Fashion industry bible Drapers said: “As consumers spend more on events and holidays, and less on the outfits they wear to them, renting becomes an affordable way to still have a fresh look for all occasions.

“The so-called sharing economy – exemplified by short-term let service Airbnb and music streaming platform Spotify – has made ownership less of a necessity for millennials and generation Z, who value experiences over possessions.”

With hashtags, such as #rentalrevolution, My Wardrobe HQ is looking to pave the way in terms of luxury fashion rental in the UK, tapping into the Instagram [and green-loving] generation who want to be seen in the latest piece.

“The key to My Wardrobe HQ’s success is the product curation, which is spot-on. I am excited browsing the site and it creates desire, which is how you should feel from a shopping experience (whether renting or buying). The pay-per-day price breakdown is also very clever, making you feel as if you’re getting a bargain to boot.”

7 places to rent fashion in the UK