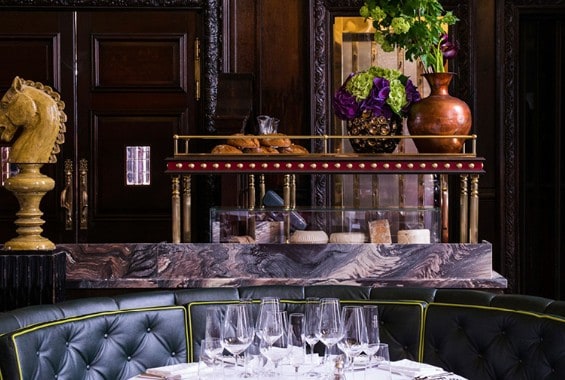 A favourite of Winston Churchill. So beloved by Alfred Hitchcock that its dining room was recreated in scenes from 1936 film ‘Sabotage’. Great food? Without doubt. But it’s the air of history and decorum that draws one to London stalwart Simpsons In The Strand. Don your finest furs and step back in time…

Pushing through thick, ornate doors that deafen traffic zooming towards neighbouring theatreland, one senses something sublime – large, old, and impressive, it’s as though the walls hold secrets. More doors give way to a high-ceilinged dining room, where skilled waiters engage in quiet, polite chatter with long-standing guests (many of whom clearly occupy their favourite, regular tables). A sea of fresh cheeses and desserts catch the eye as you’re shown to your seat, where a menu of British classics soon distracts from the perfectly restored wooden panelling, adorned with cheeky artwork by Zoom Rockman.

Chess plays a big part in the history of the restaurant, the Grand Vigar Divan opening as a chess bar back in 1828. This started charming practices that have become tradition. Meats are wheeled out to guests on trolleys, then carved – originally done to ensure minimal distraction during gameplay. The entrance floor’s mosaic pattern pays homage to chess-loving guests of years gone by, and fans of the game will note the significance of octopus, windmill and fork sketches dotted about.

Now, onto the food. We got a little caught up in the general theme and completely overindulged – each dish the epitome of British class. Starting with a mini lobster thermidor (think light and fluffy cheese souffle, encasing juicy lobster), we felt almost guilty going on to order a sizeable portion of beef wellington (medium rare at the chef’s suggestion) and 28-day dry aged roast rib of Scottish beef, drenched in stupendously rich meat gravy.

If you want to go *really* posh, though, plump for the Lord Woolton pie, named after an actual member of Parliament. Simpson’s also counts a saddle of lamb, beer battered cod and steak & kidney pie amongst its signatures.

Drinks are pretty spectacular, the menu (sorry, “Beverage Collection” found below the “Bill Of Fare”) comprising dozens of libations from ports and sweet wines to seasonal selections from Italy to Argentina. We finished off our meal with two excellent Espresso Martinis (so strong one of us couldn’t sleep for hours – be warned!) and a shared sticky toffee pud. When in Britain… 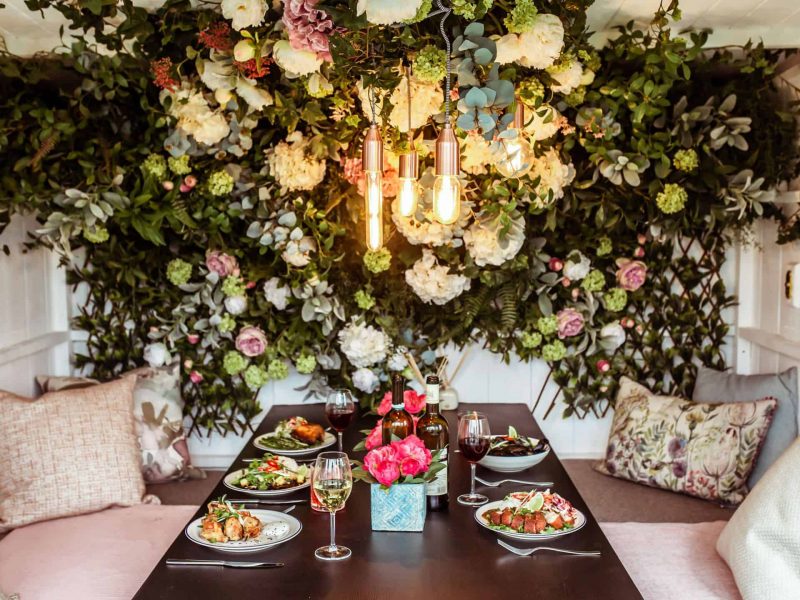 Last Of The Summer Wine At John Lewis Roof Fest 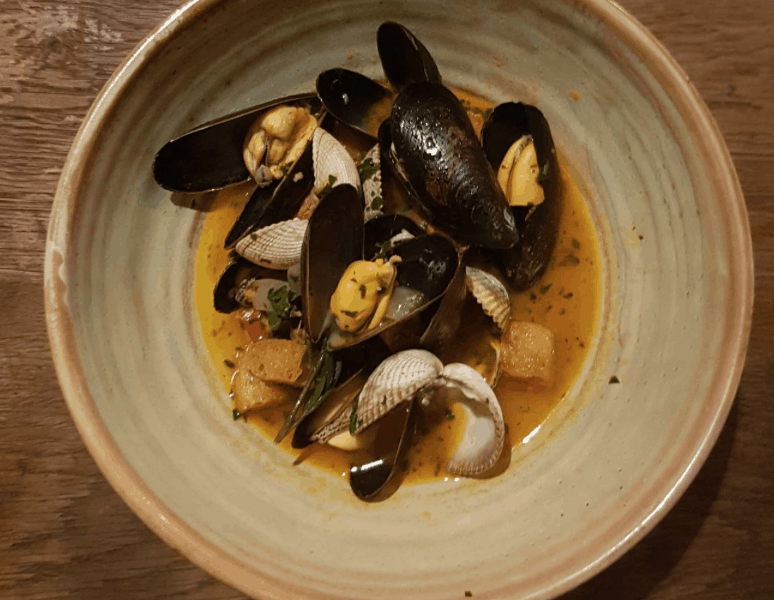 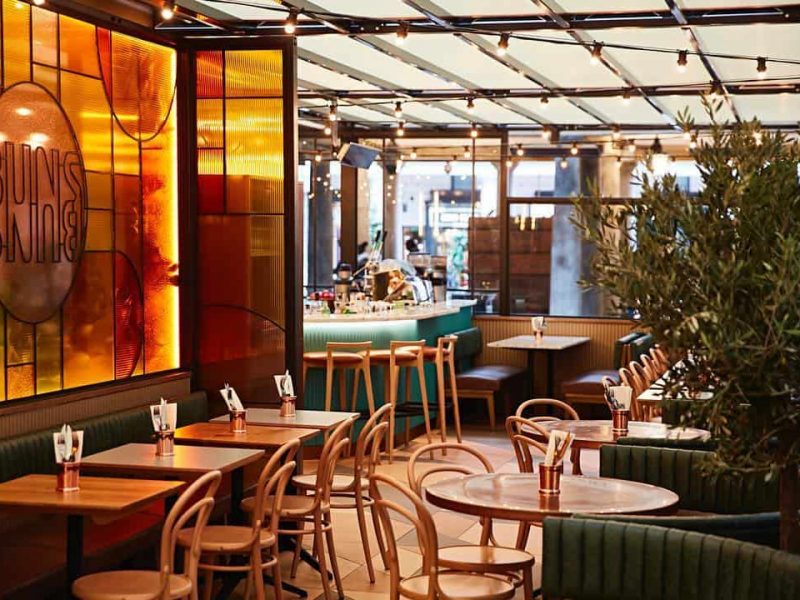