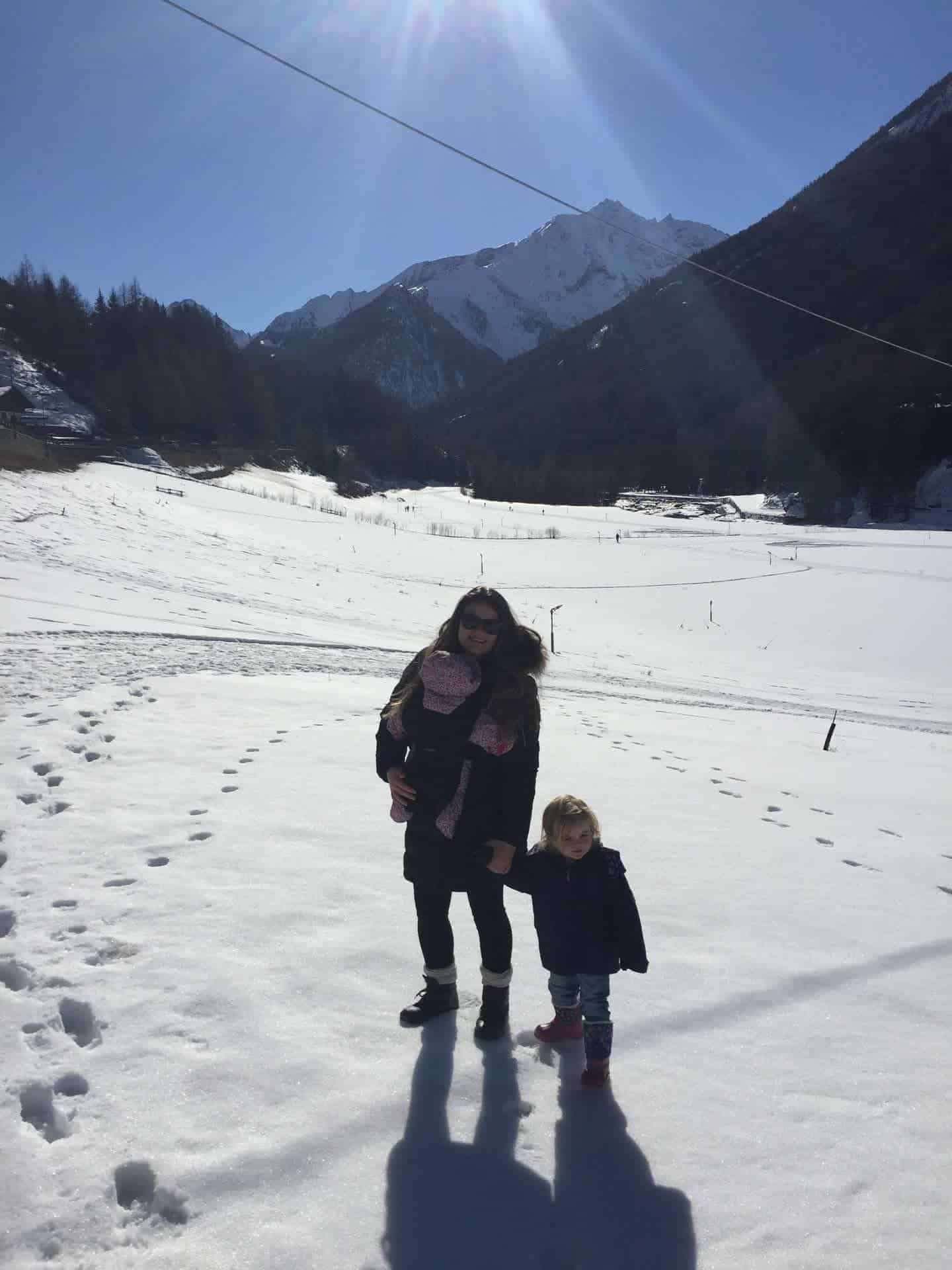 Travelling Italy during maternity leave was a once-in-a-lifetime dream, discover what we got up to and where we went during Shared Parental Leave.

You may have noticed a serious lack of posting from me over the last few months. Sorry about that! There are two main reasons for this: I had my second daughter Edie on October 31 (I already have Livia who is 2.5 years) – still trying to balance the two plus work/life/relationships/blog – and we’ve also gone travelling around Italy for 3 months.

I’ve been posting on Instagram, so please head over to Fashionbiteuk to keep up-to-date with our Italian adventure, but the blog has sadly been neglected somewhat (from my part anyway!) Amy has been writing some awesome restaurant reviews though so do check out FashionBite’s food section for these.

What we are doing

Nat and I have taken up Shared Parental Leave, a new UK government policy which allows the man and woman to split maternity leave however they want. You can also take it at the same time (which is what we’re doing). The policy is based on the Scandinavian model of parenting, with the father being more involved in the first year. 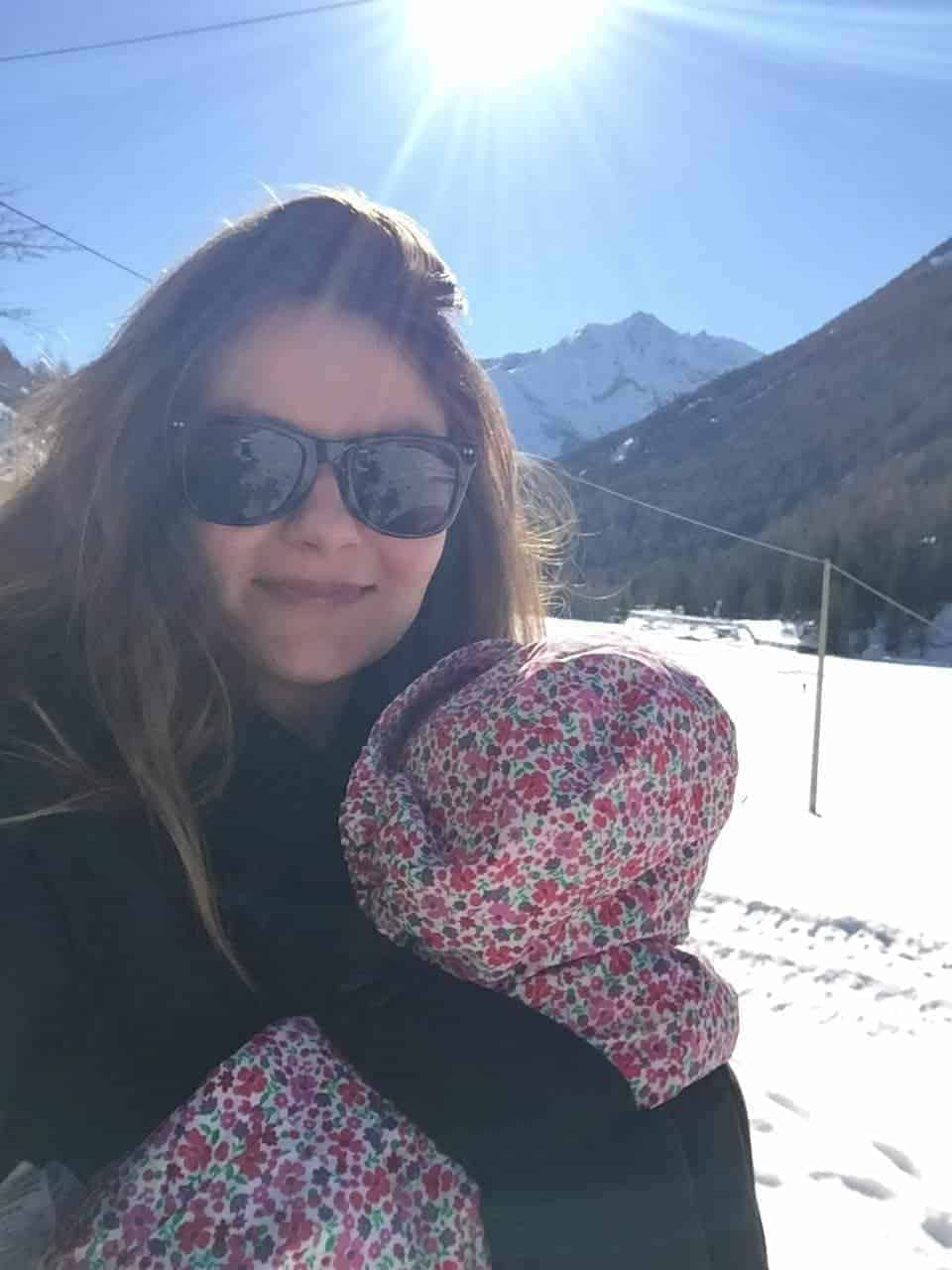 We decided to take a 3 month sabbatical and go travelling around Italy (with a 2.5 year old and a 4 month in tow). We love this country and have always wanted to do something like this. We’re halfway through the trip now and I thought it was about time I update you all on what we’re doing.

We decided on Italy because we love the culture, food and people- they adore children and we feel very welcome here with two youngsters. We could also fill the car and drive, you have so much stuff with a newborn baby, so it was good being able to bring some home comforts with us (hello jumparoo!)

So mid-February, we packed up and headed off. I thought this was either going to be the best thing we ever did or a bloody nightmare with two young kids, I was hoping for the former! And now halfway through, I can say it’s been absolutely brilliant. Having this time together as a family is so special, I really don’t want it to end.

Where we’ve been going

We started off on the Italian side of the Alps, in the Aosta Valley. We wanted a base where we could go skiing and have a snow holiday but we didn’t want to stay right on the slopes, as the reality with a 4 month old is I’m not going to do that much skiing. 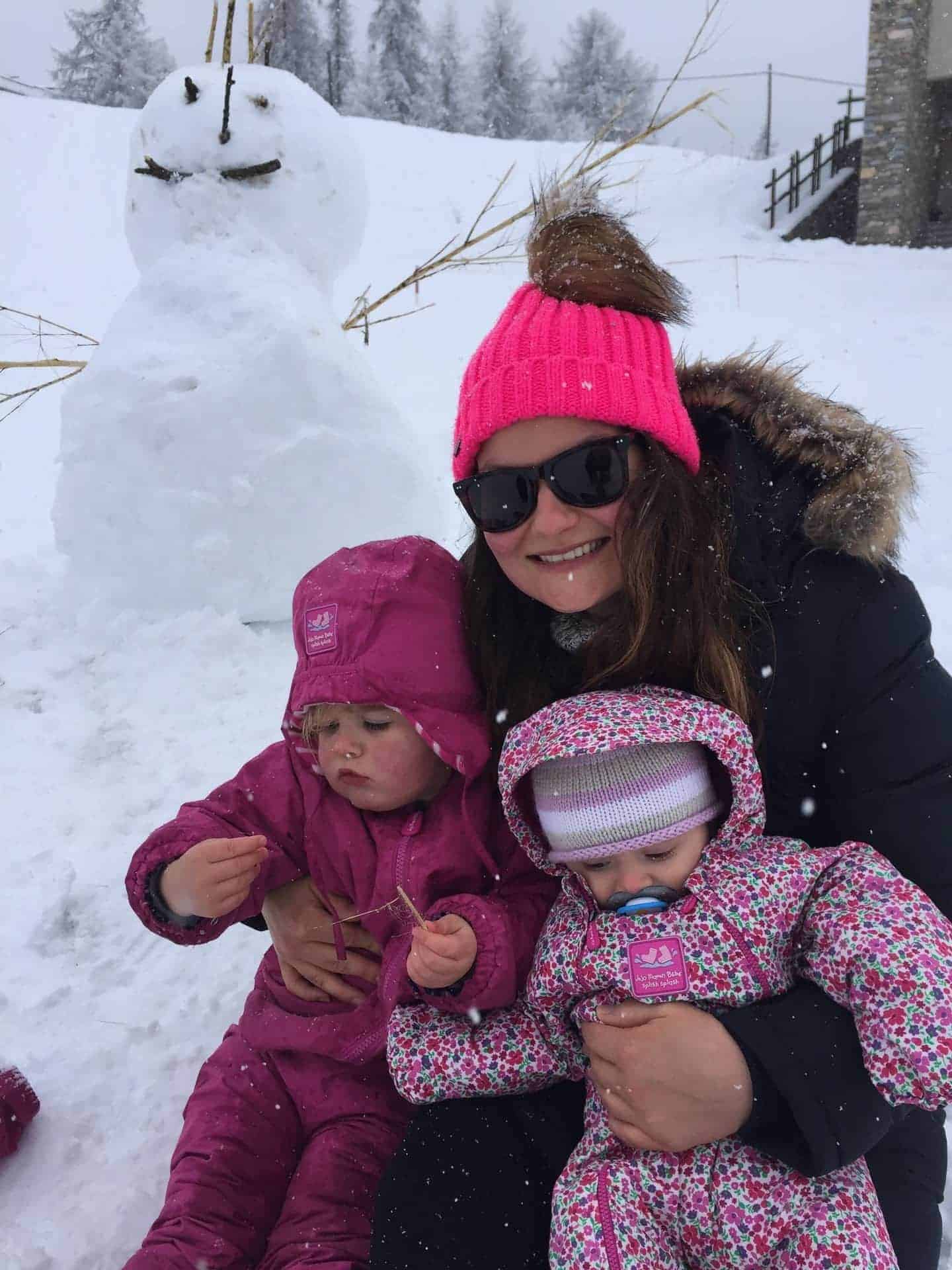 We loved the area; Liv got to go sledging, build snowmen, go to snow parks and we were joined by friends and family so it was a brilliant start to the trip. We were in Aosta for two weeks. 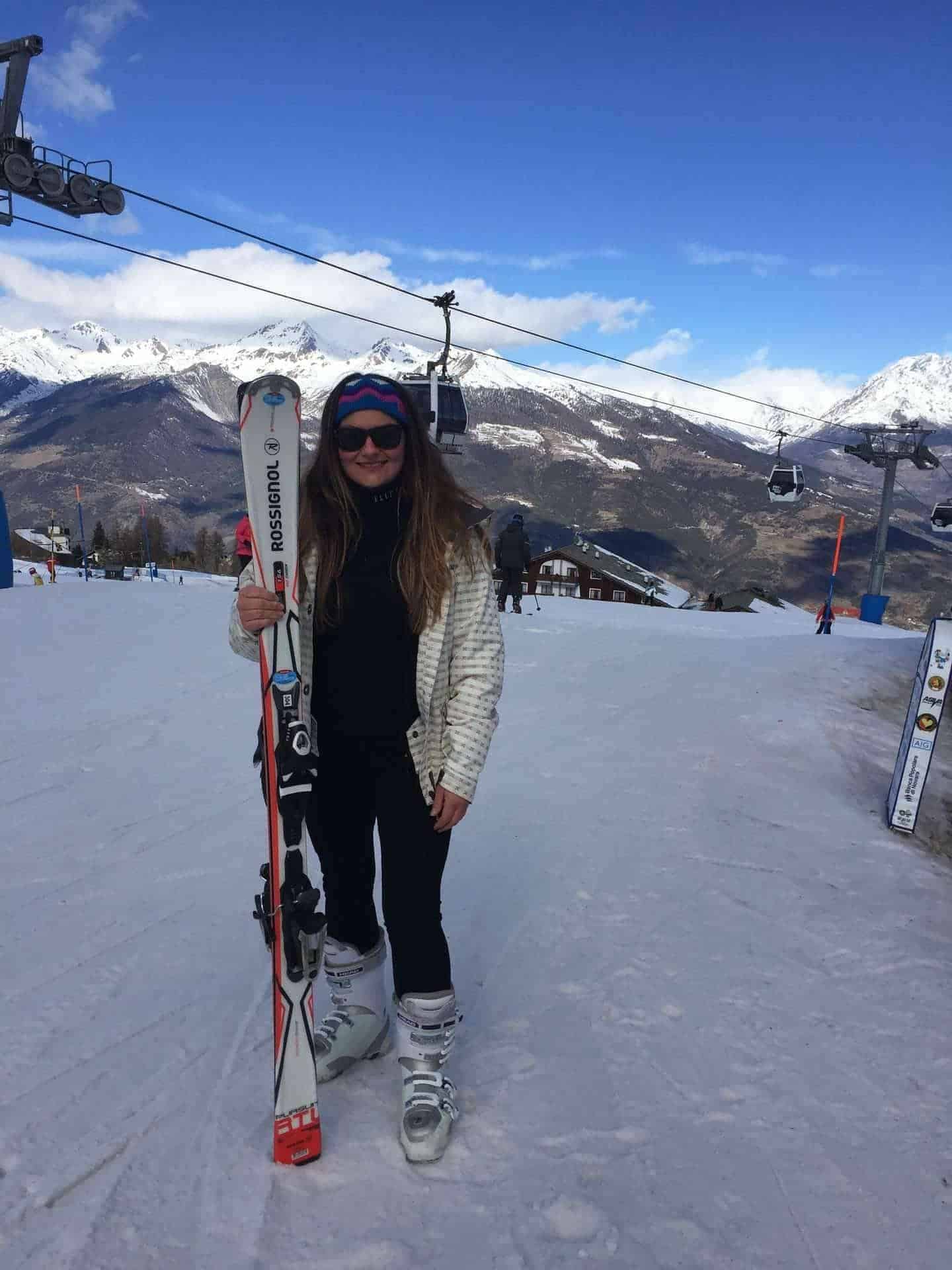 Next off, we headed to the Alba region, where we stayed in a place called Rodello for a week. The house was a little log cabin high up on a hill overlooking the valley, it was absolutely stunning and really peaceful. 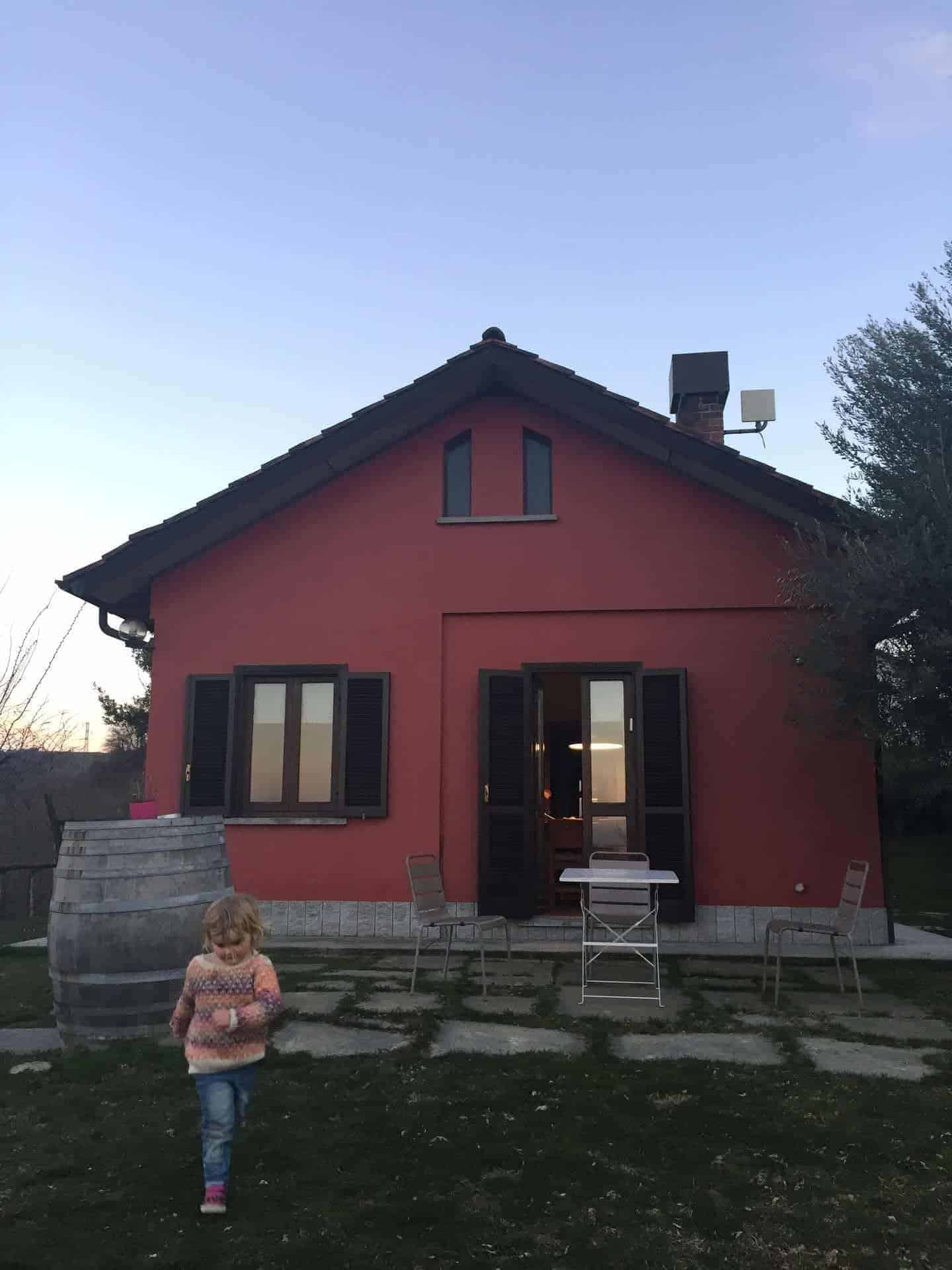 The week was a real contrast to the first two weeks and we spent our days going on big hikes in the countryside, which consisted of the Barolo wine region amongst others. 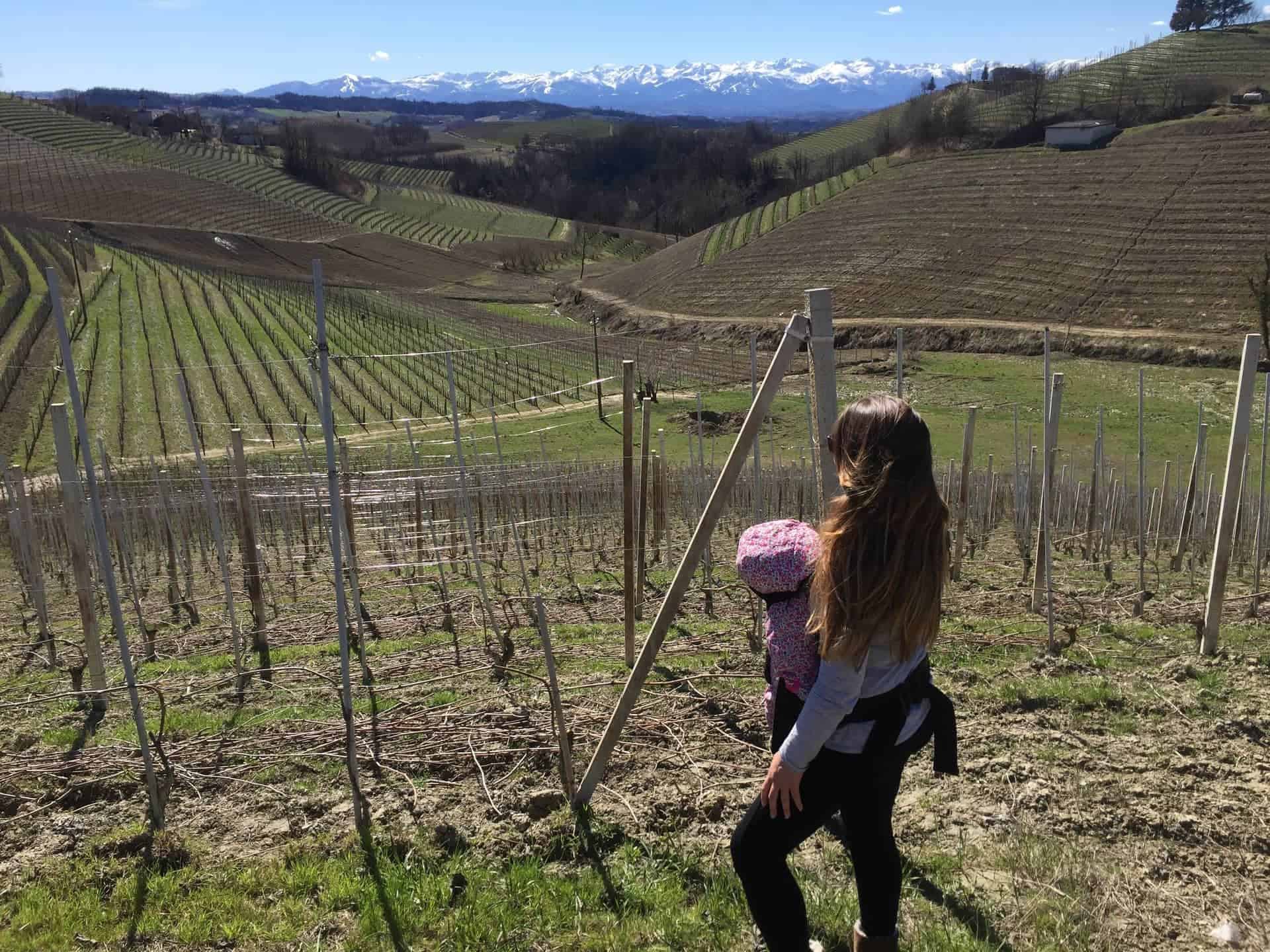 The sun was shining, Liv would be on Nat’s back in a rucksack and I would have Edie strapped to my front in the Baby Bjorn. 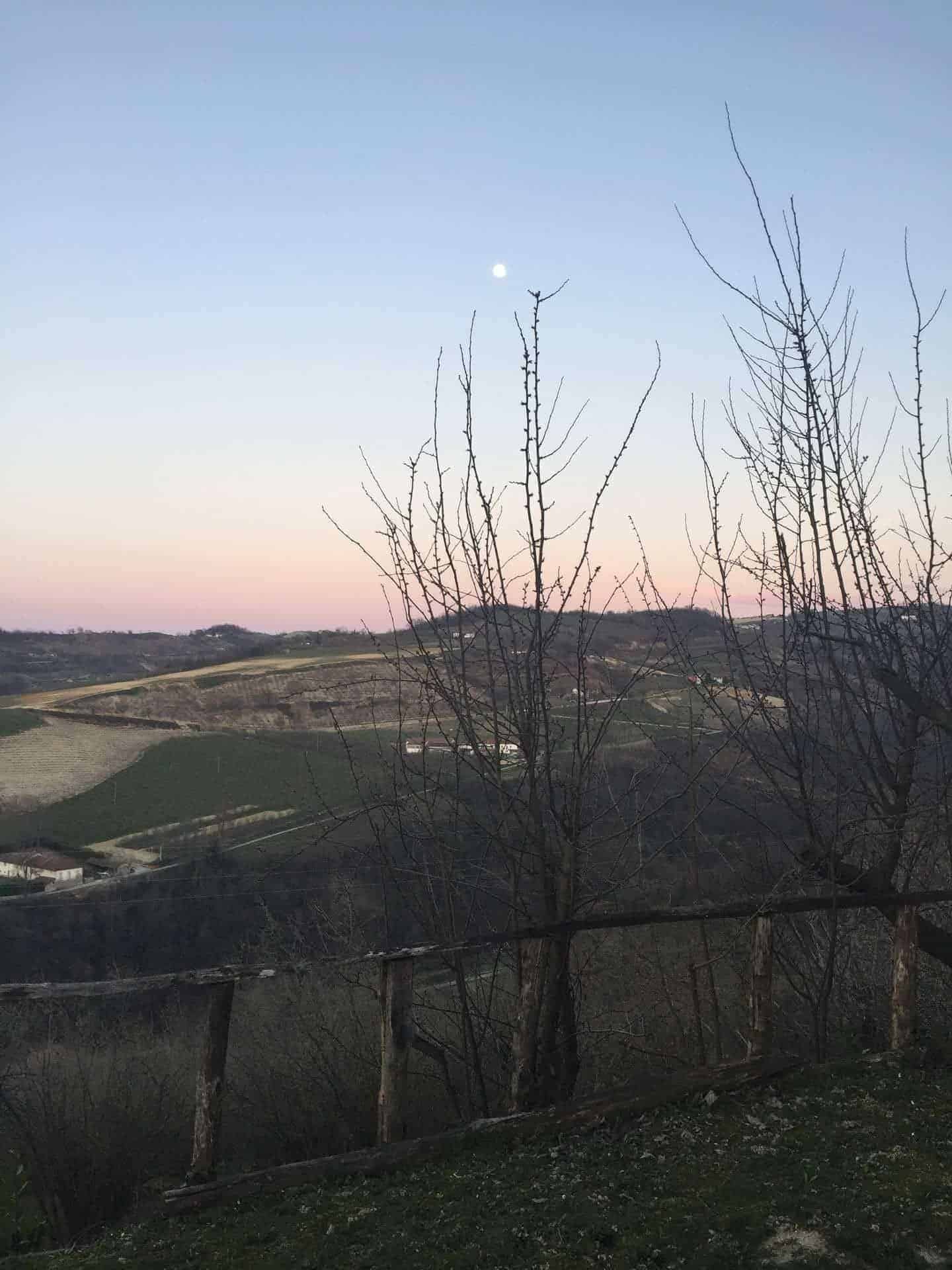 Next up, we headed to the Bologna area for a week and stayed in a converted barn in the countryside. We hadn’t booked the middle part of the trip in advance, so we took recommendations on where to go. 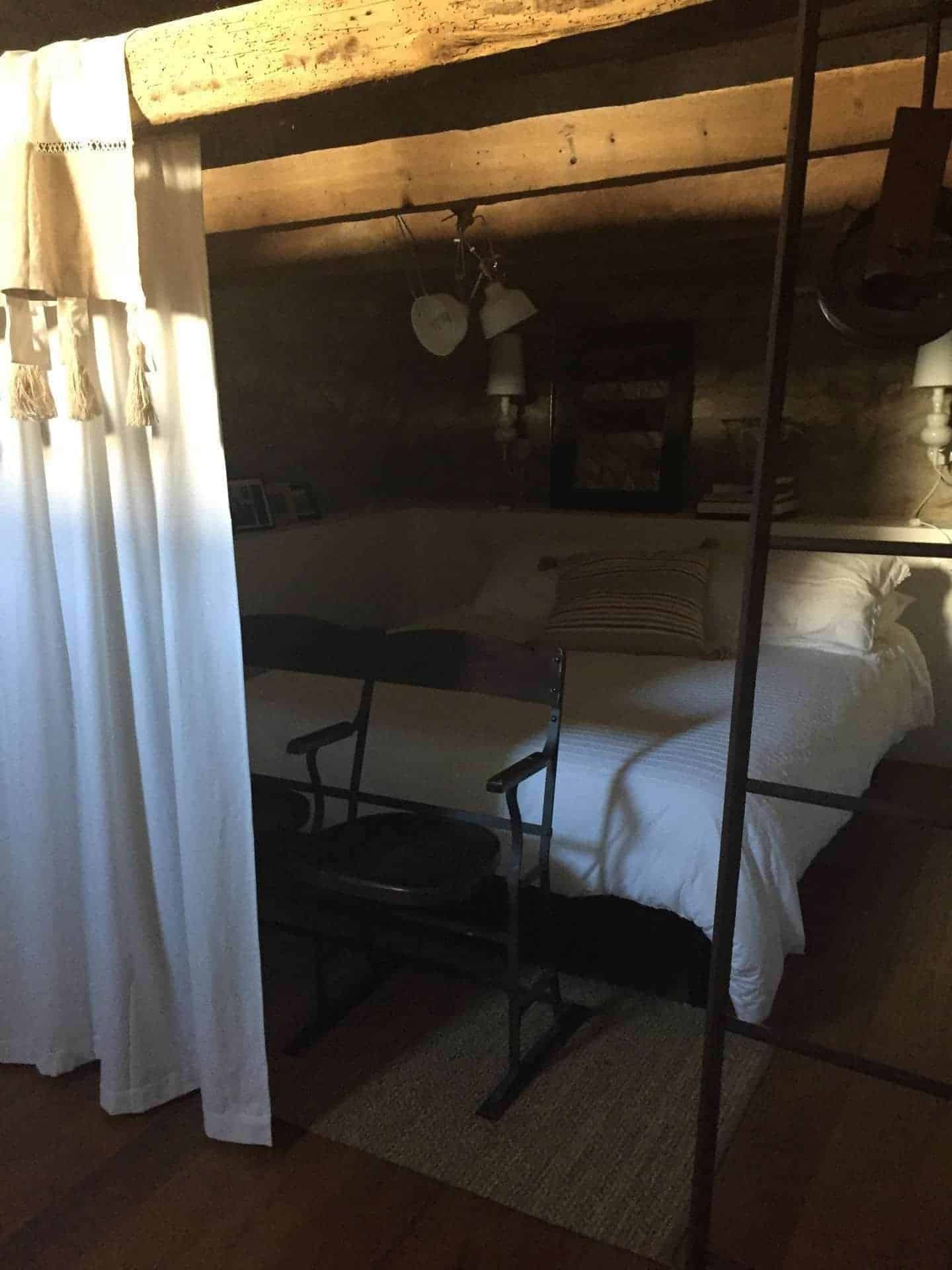 We’d been booking everything through Air B and B which in the most part has worked out fine (we just had one place that wasn’t suitable and we had to change!) From this base, we could visit the nearby Bologna, Modena, Parma cities too. 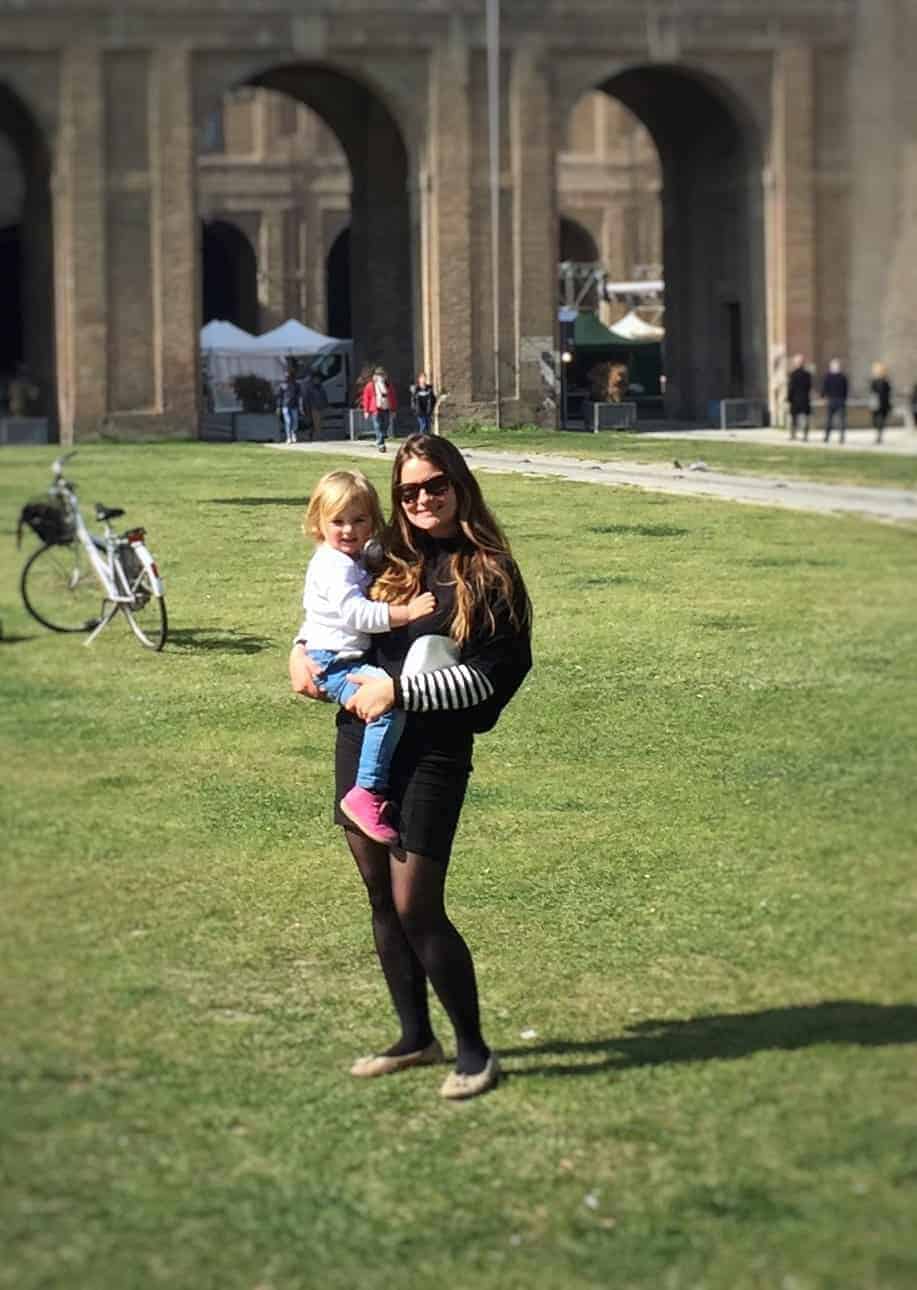 After this, we headed to a beach town for a week. 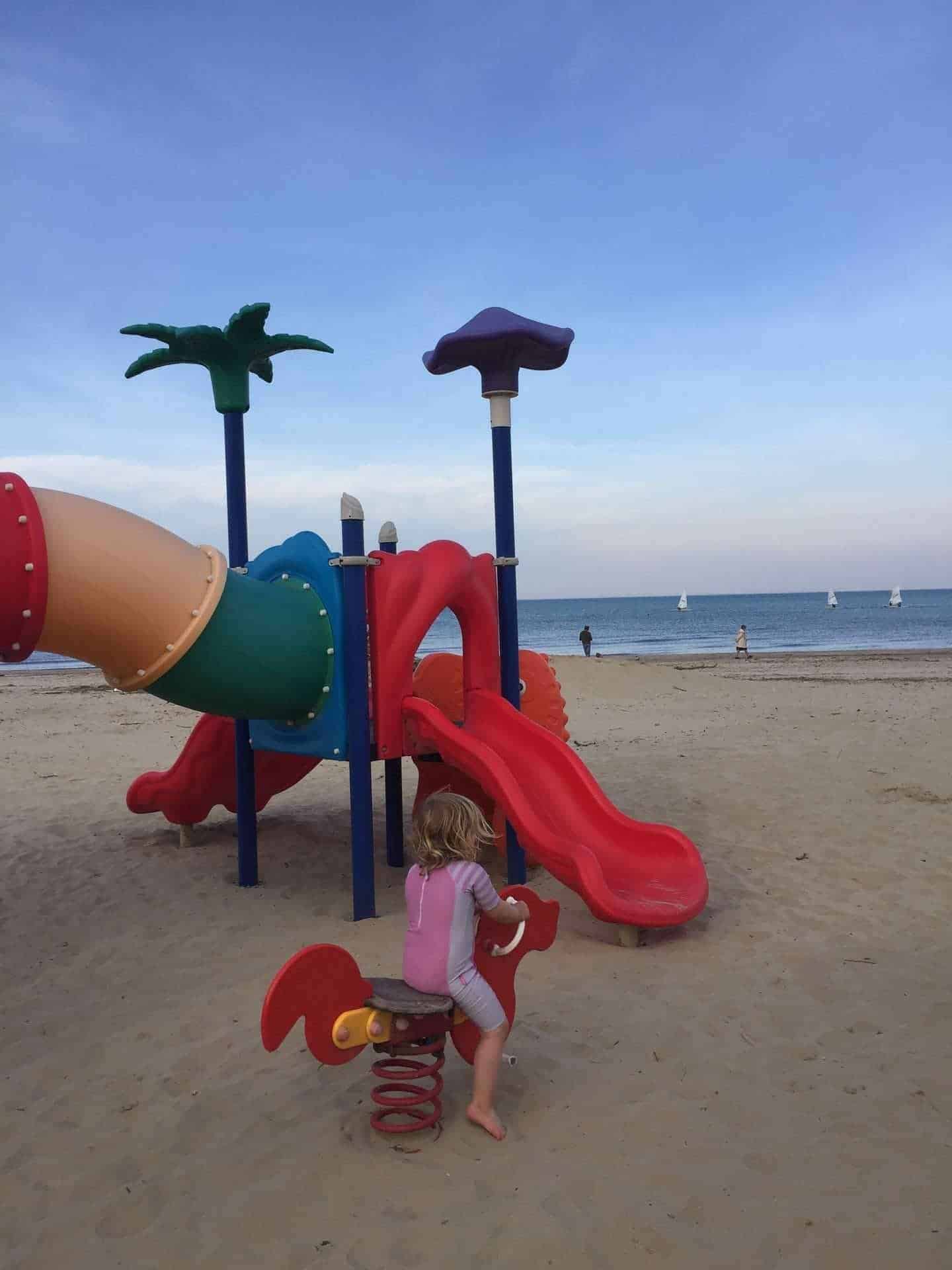 We were recommended Senigallia, which is a beautiful mix of old town and new beach front bars/restaurants. 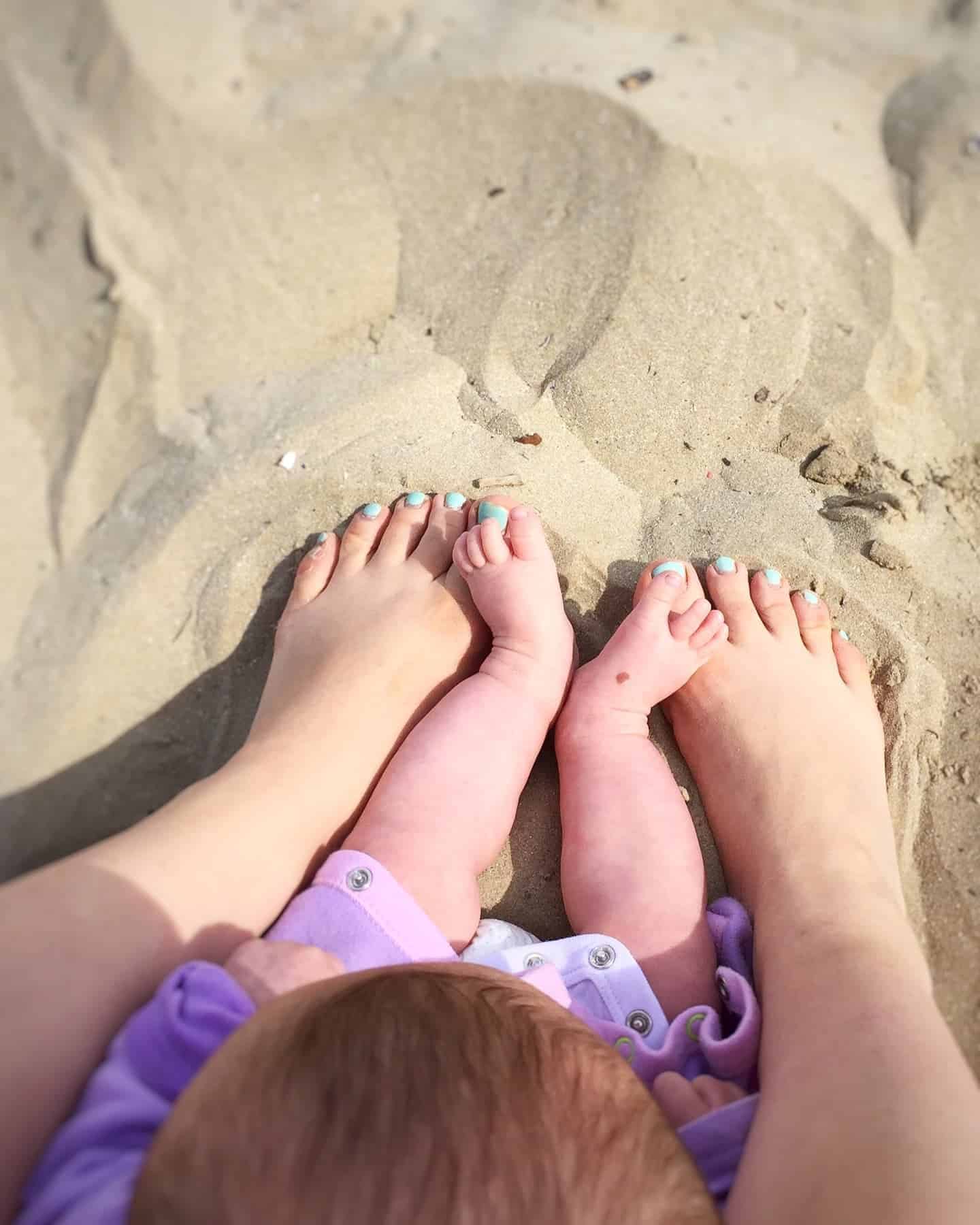 We went off season though, so many were still getting ready/not yet open but we got the feel that this place would be awesome come summer. A bit like an Italian Brighton. 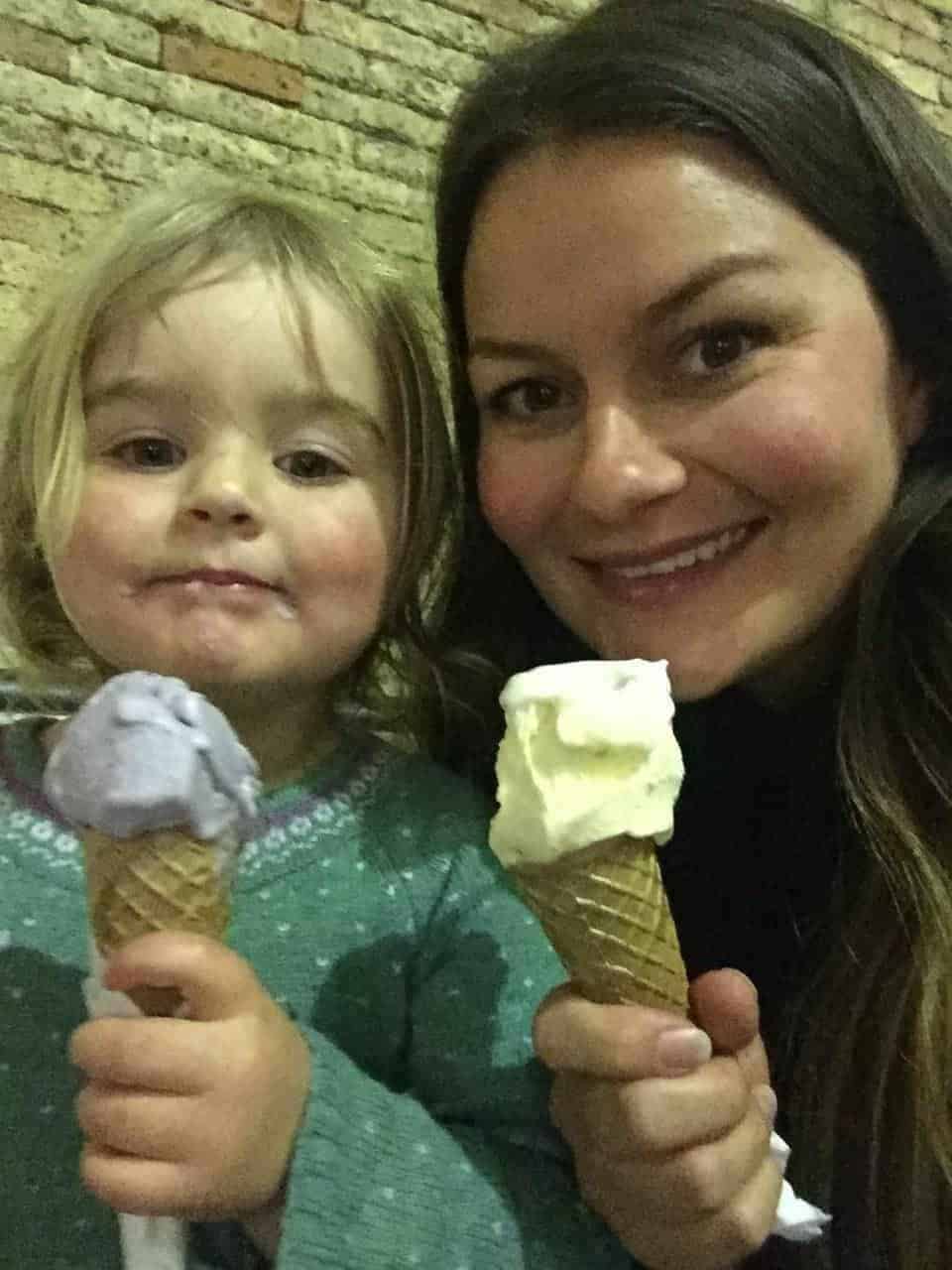 We spent time of the beach, went cycling along the seafront and visited nearby towns. 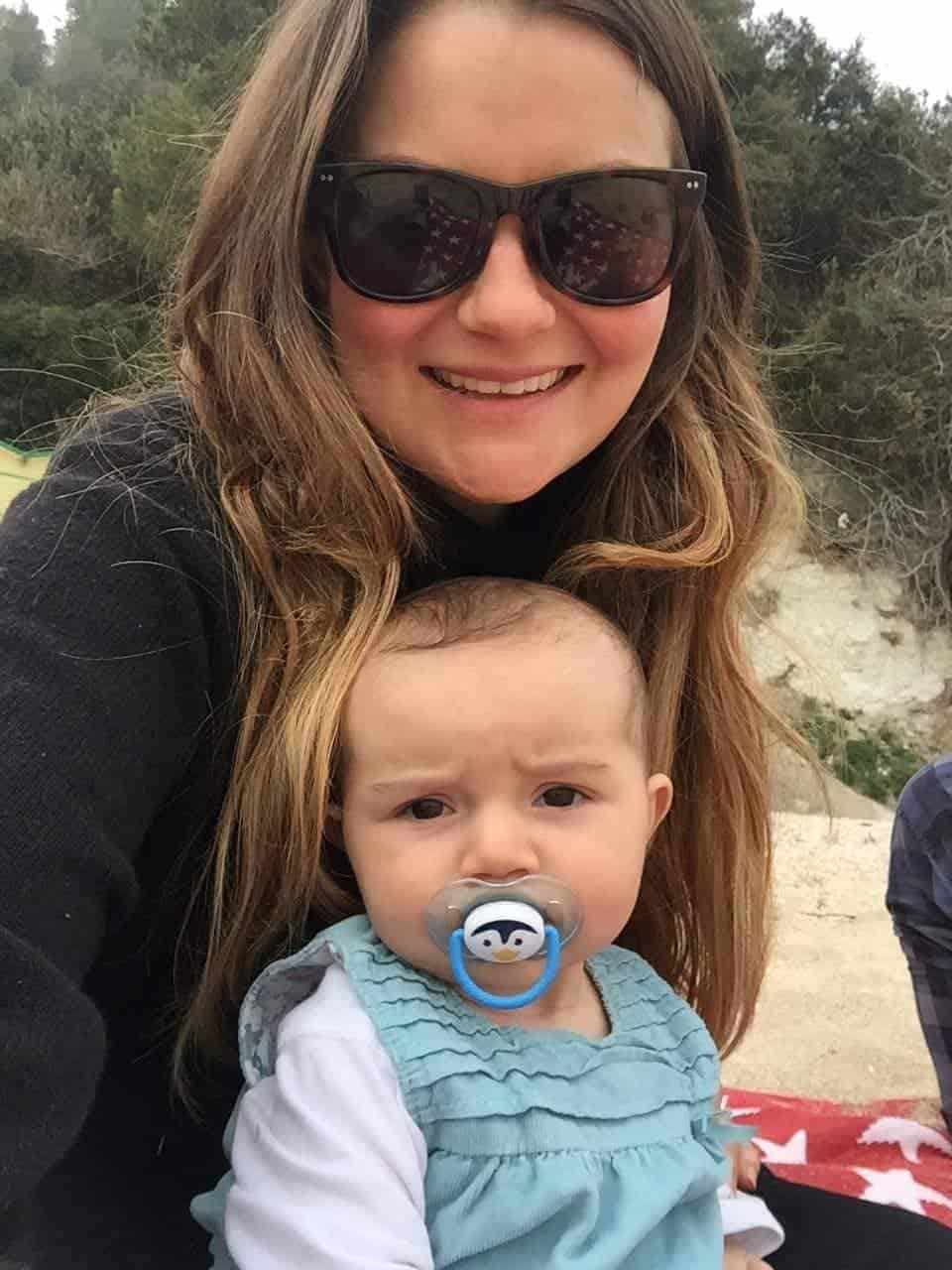 So, this takes us up to where we are now. Having never visited Umbria, Perugia and the surrounding Assisi area were top of our hit list. 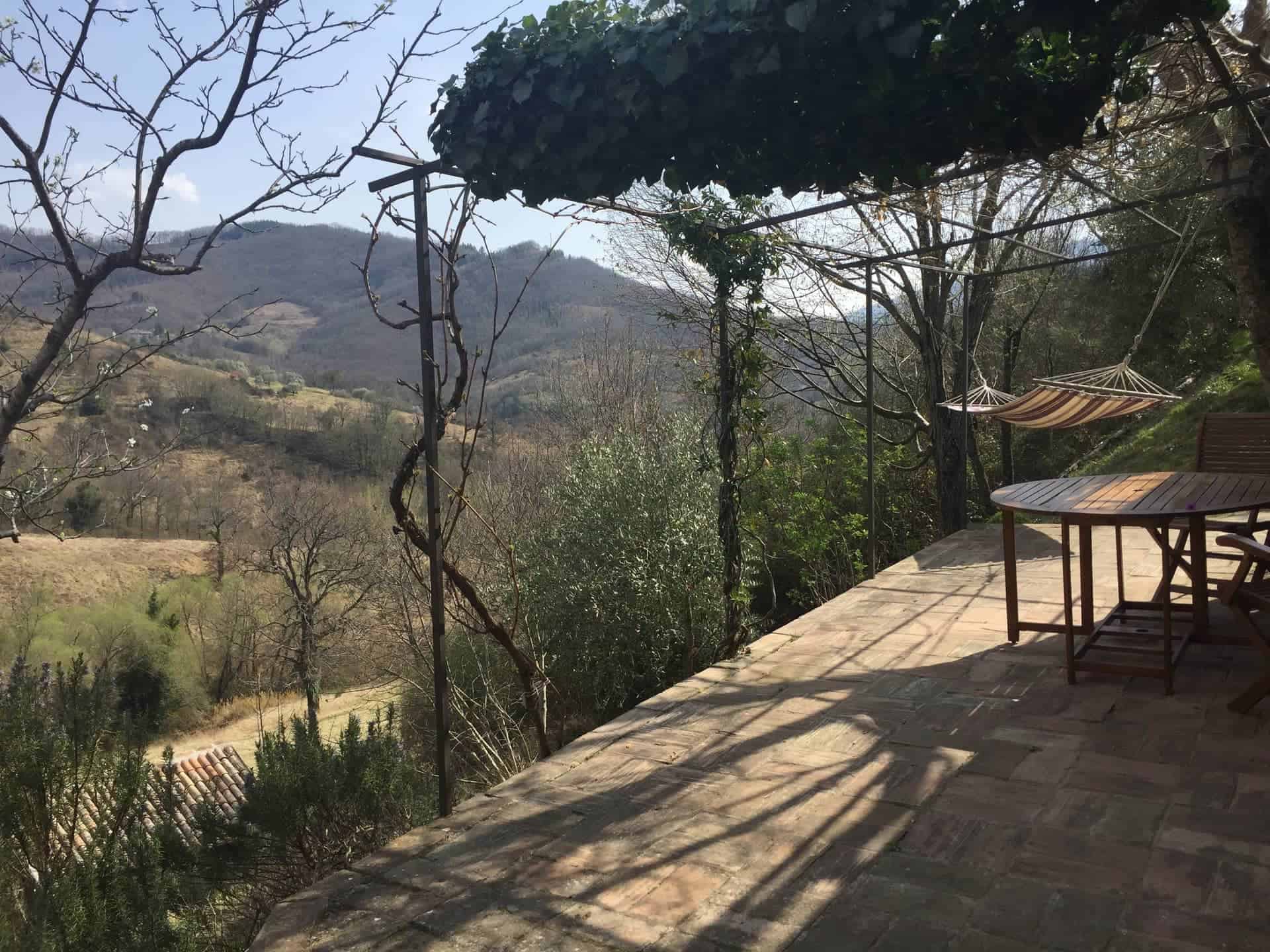 This place has totally blown me away, it’s absolutely stunning and we’re staying right out in the sticks with the most beautiful views of the rolling Umbrian countryside. 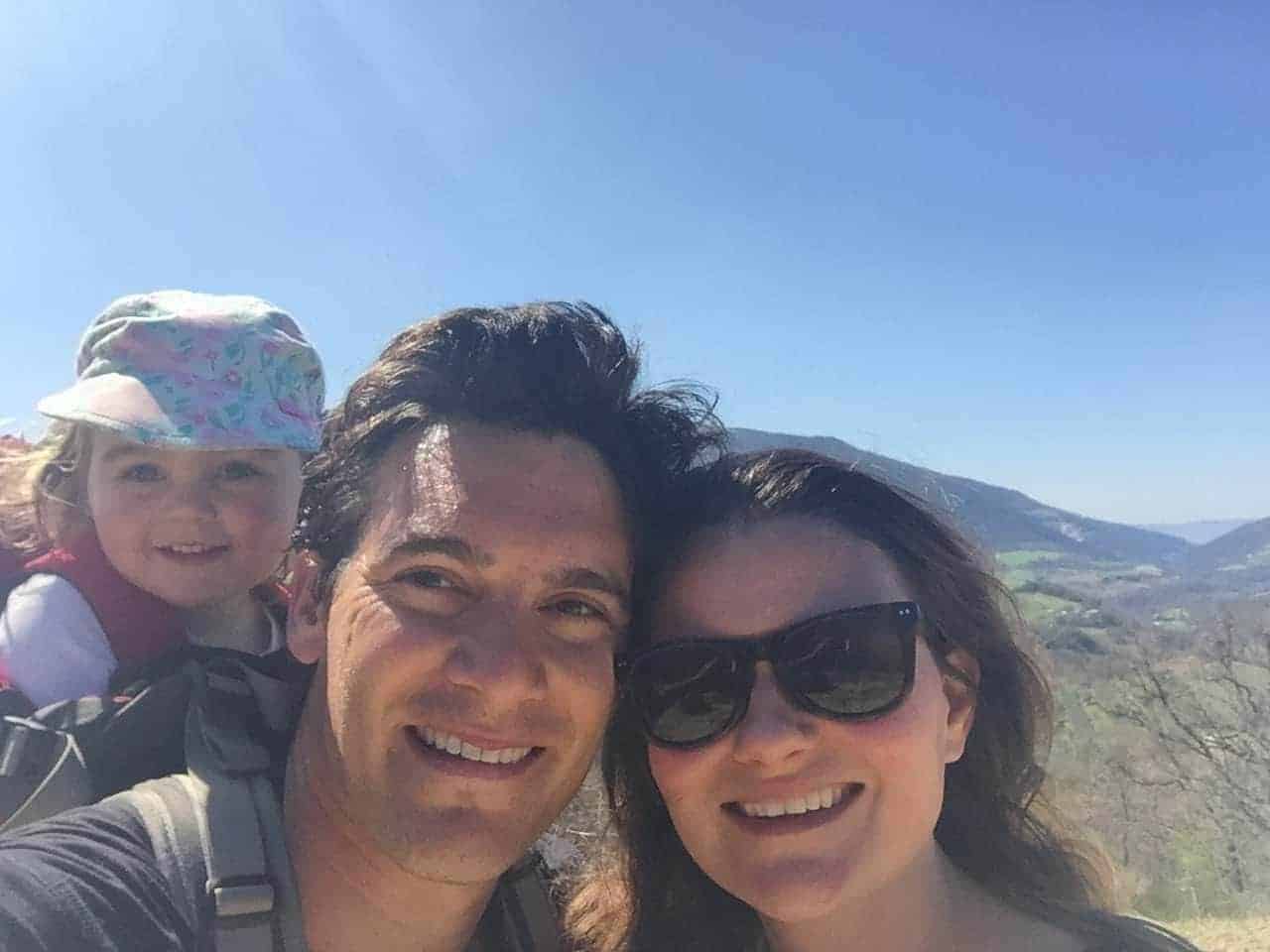 The nearby Assisi town is incredible, teetering on the side of a hill the views are breathtaking. 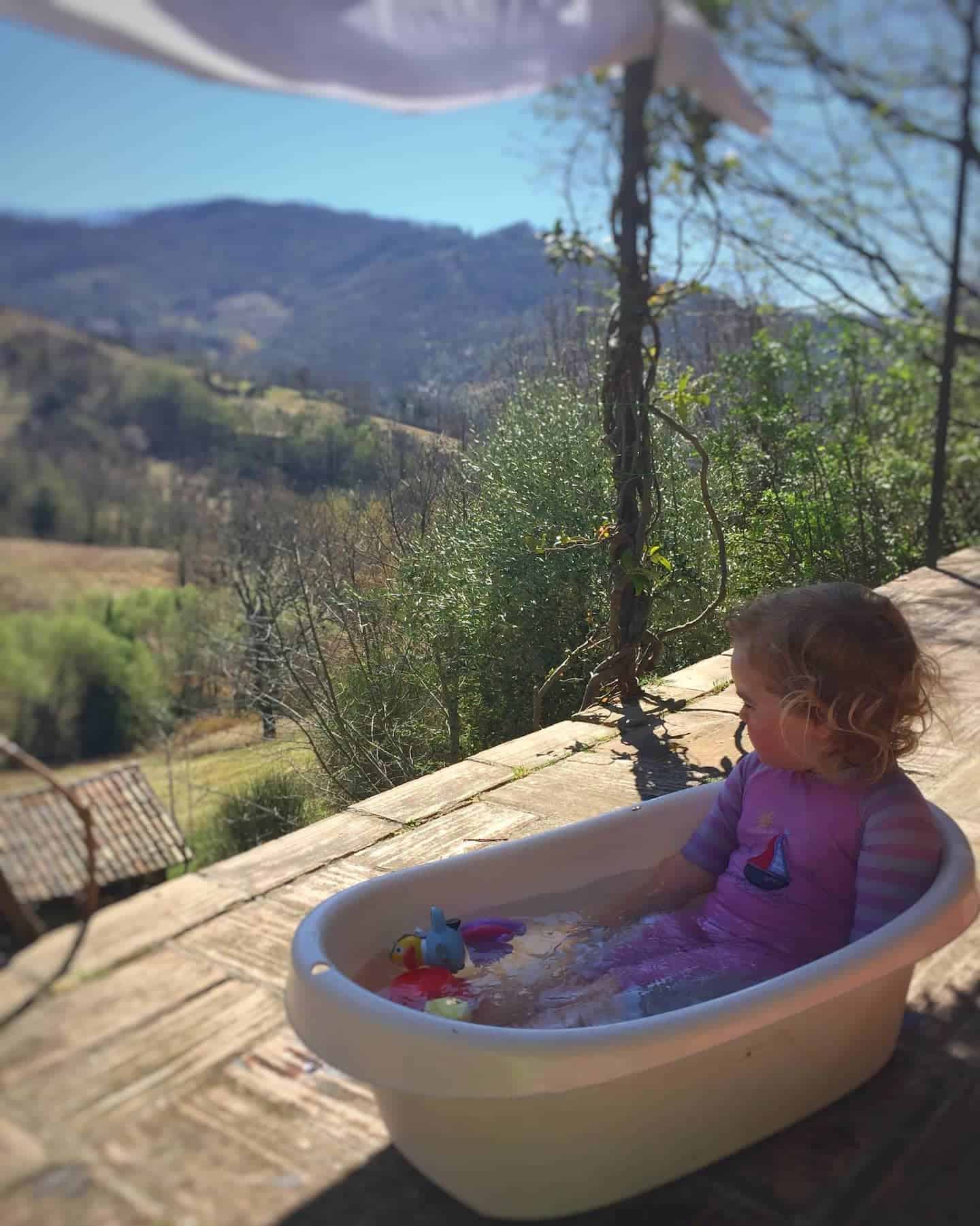 We’ve made friends with the villa owners (an Italian couple with a daughter slightly younger than Liv) and went over to their house for dinner last night, which was an Italian feast consisting of local produce and wine. I’m still so stuffed this morning! Yesterday, we went to an agricultural fair with them to buy some chickens for their coop, so it’s fresh eggs in the morning. Liv loved it and got to hold lots of little chicks, so sweet. 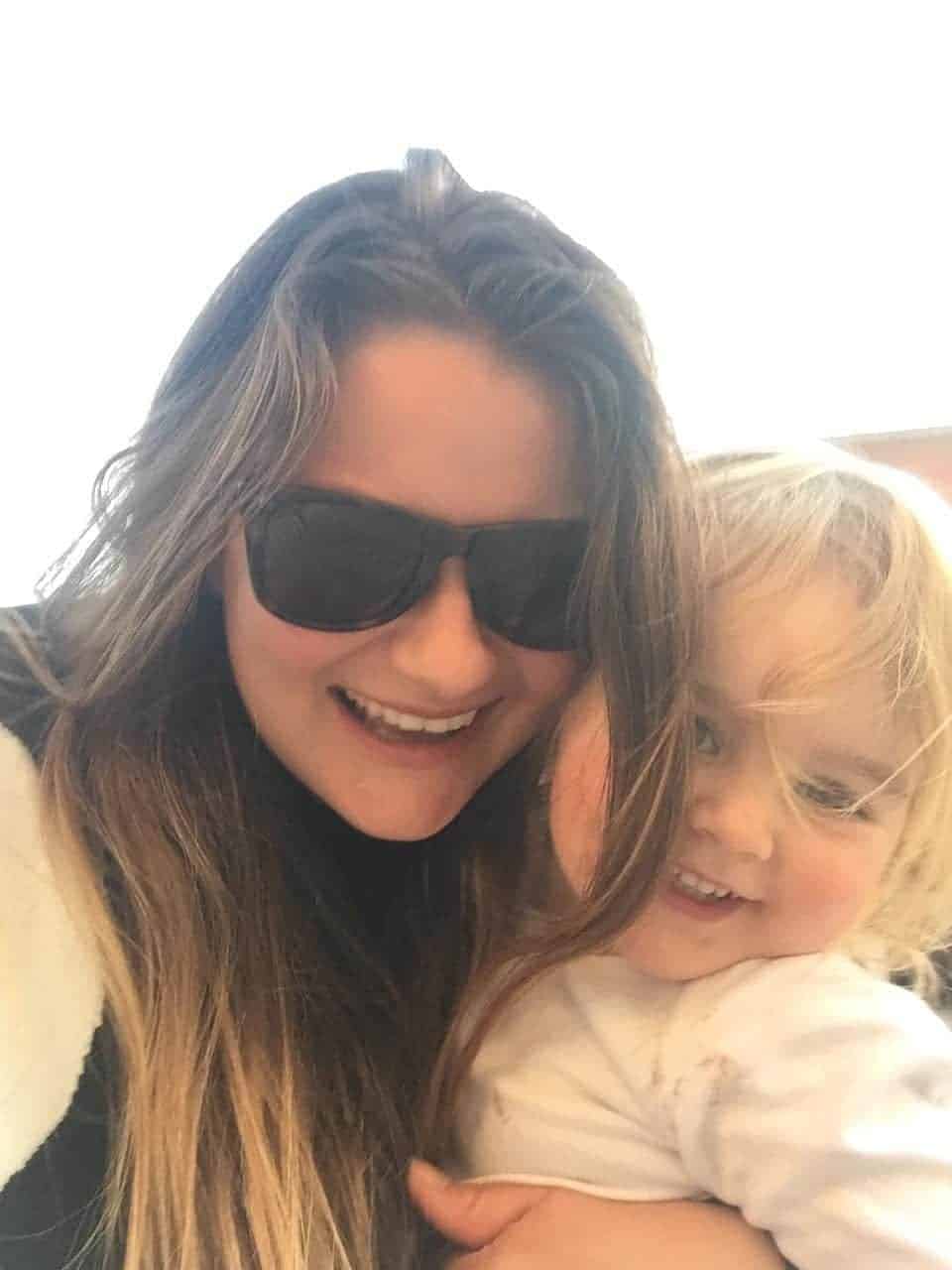 So, that takes me up to now. We have another week in Umbria, then we’re heading to Tuscany for the final 5 weeks where we have both sets of family joining us at various points. 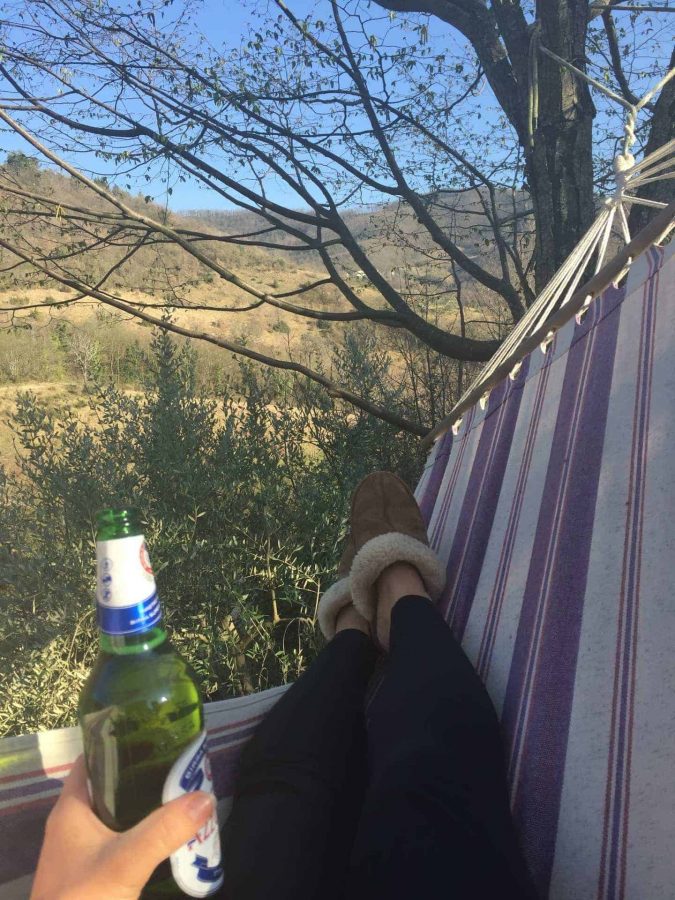 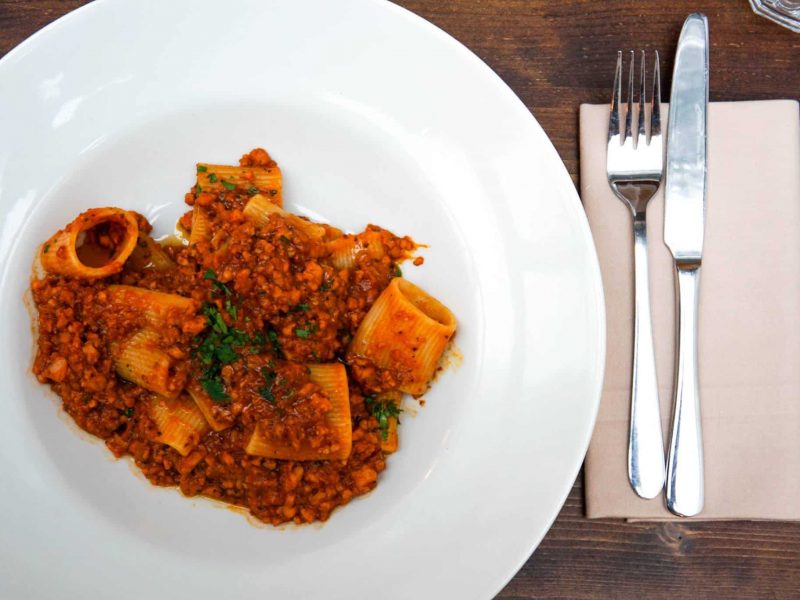 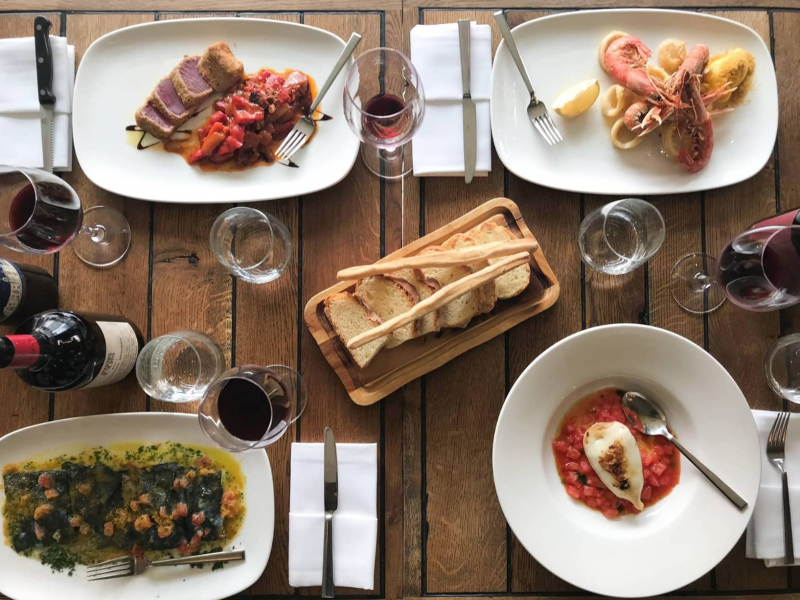 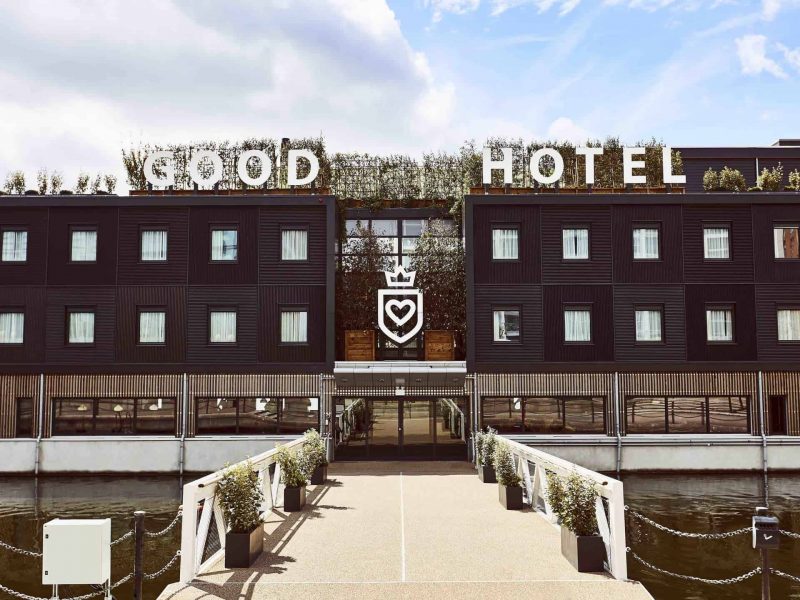 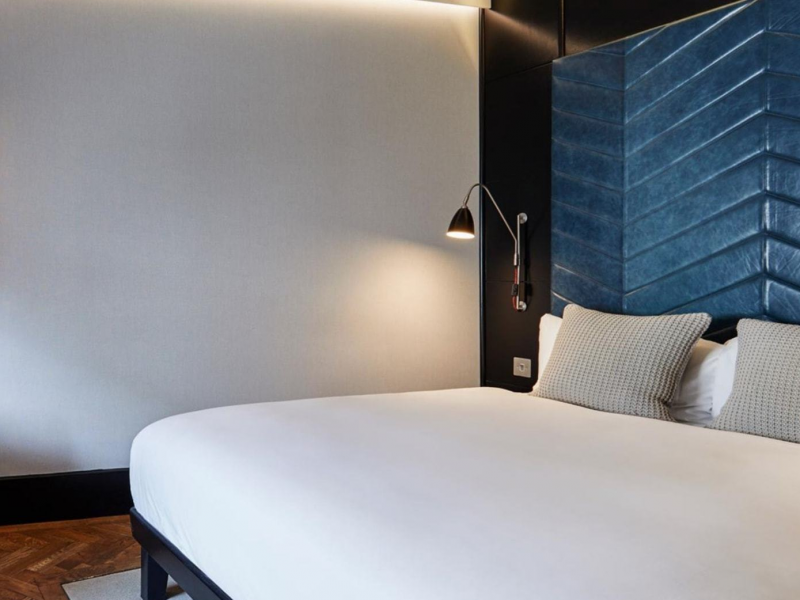