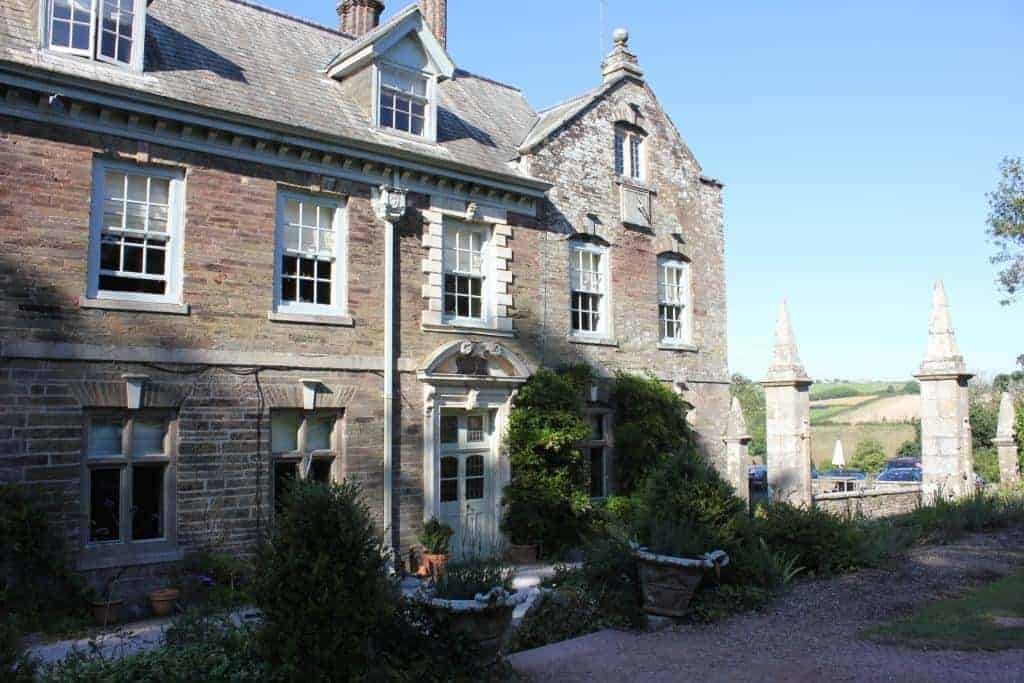 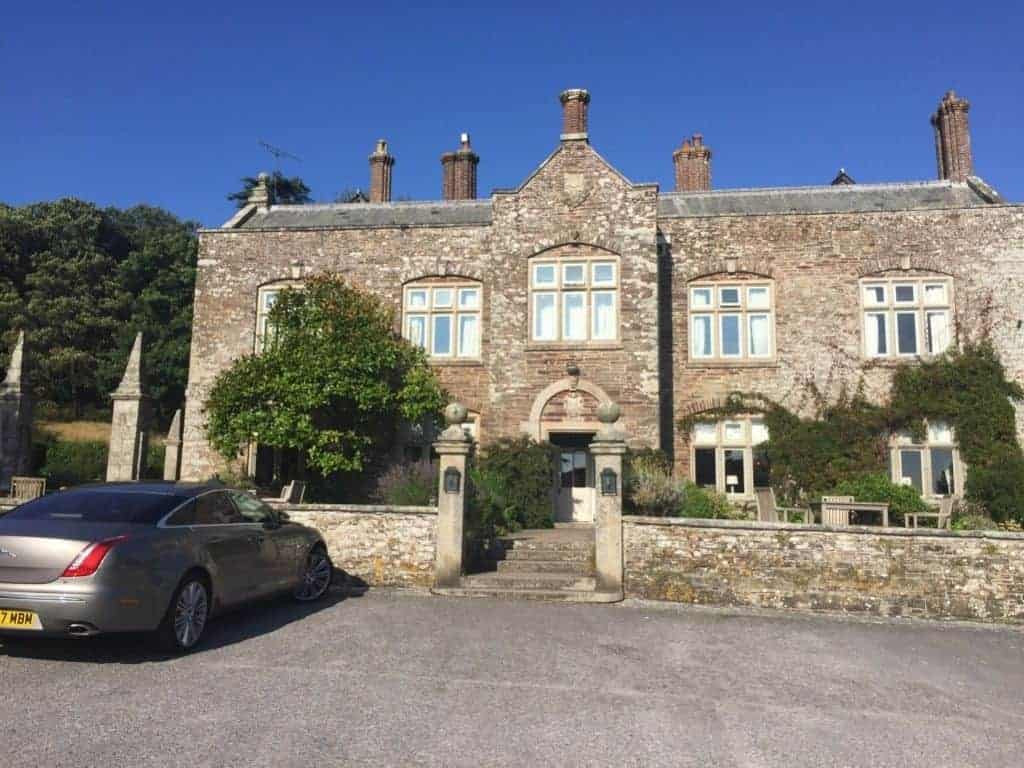 In the heart of the picturesque Devonshire countryside, this family-run Jacobean mansion is a tranquil spot to explore the outstanding natural beauty that South Devon has to offer. We were really blown away by the breathtaking scenery, rugged rural coastline and quaint fishing villages. 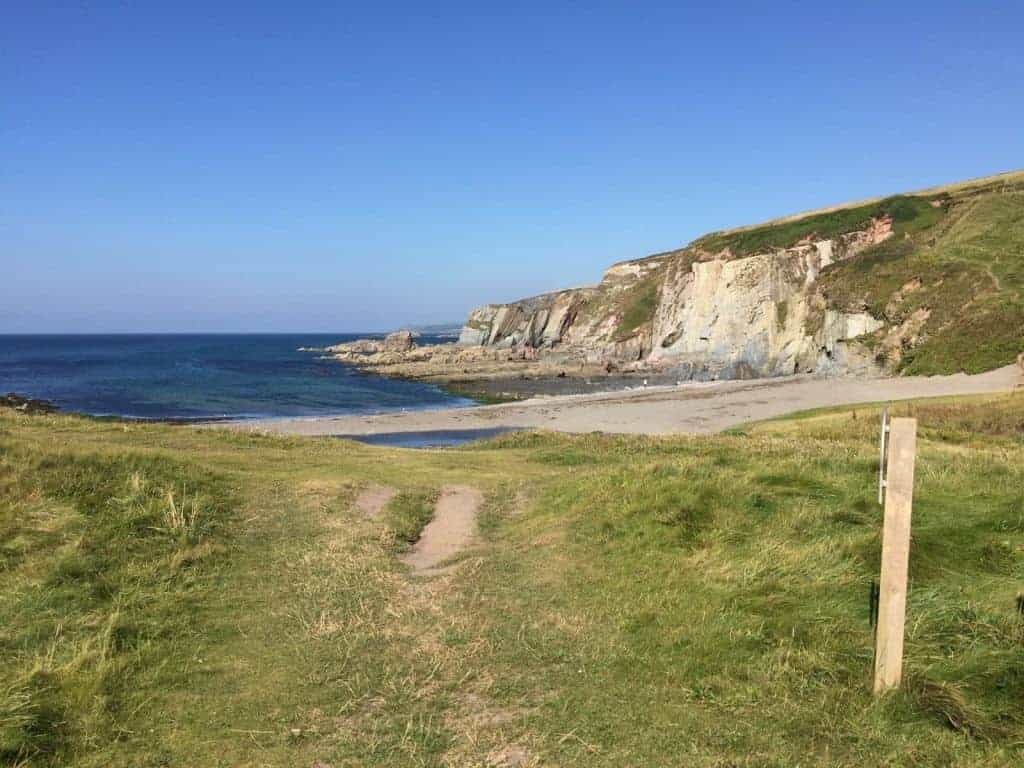 Langdon Court itself has a remarkable history, playing host to many English monarchs including King Henry VIII and his last wife Catherine Parr (which later became her home), alongside Elizabeth I and Edward VII.

And you get a sense of this rich history walking along the cool, stone floors and winding stained glass stairways which lead you to the hotel’s many bedrooms. 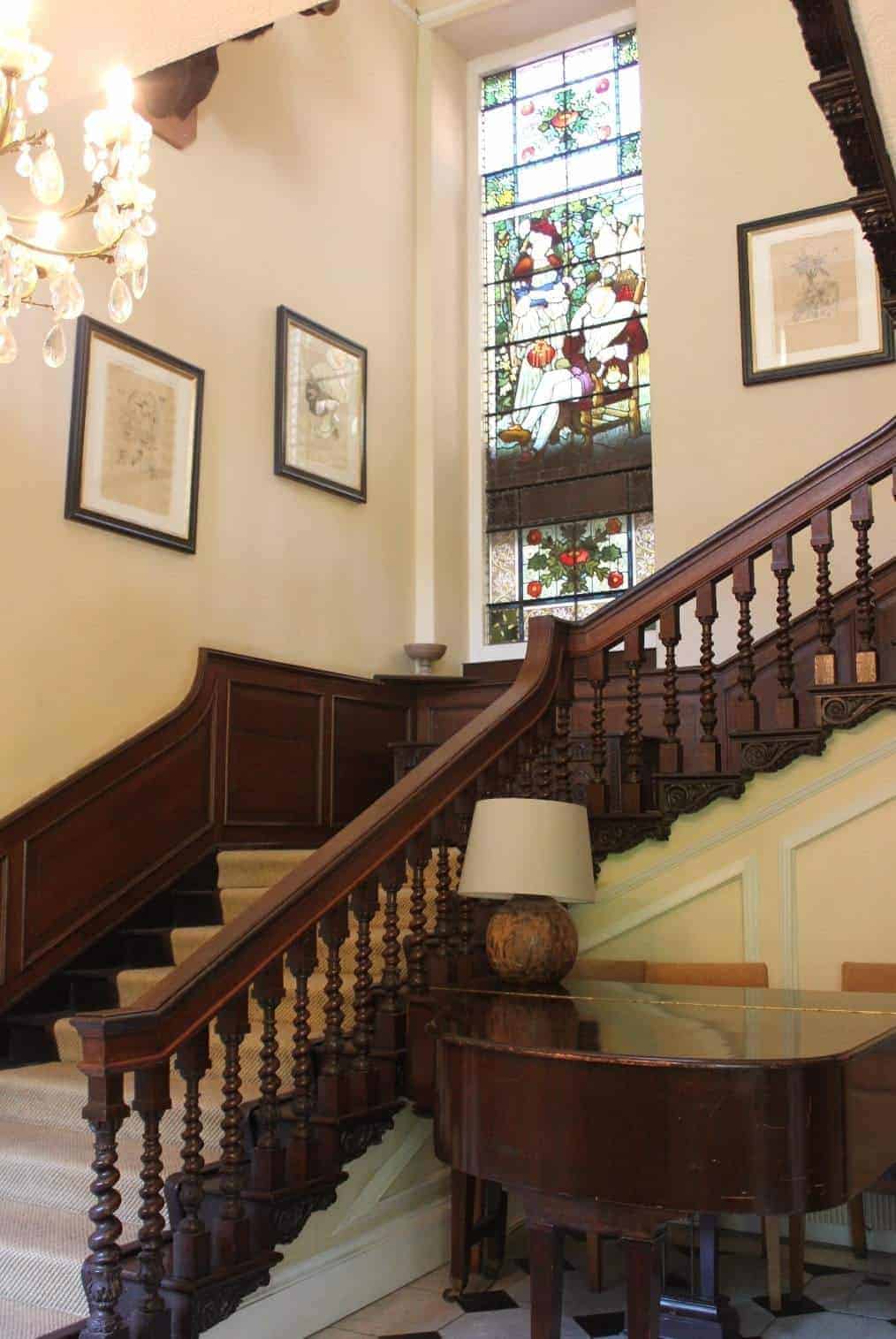 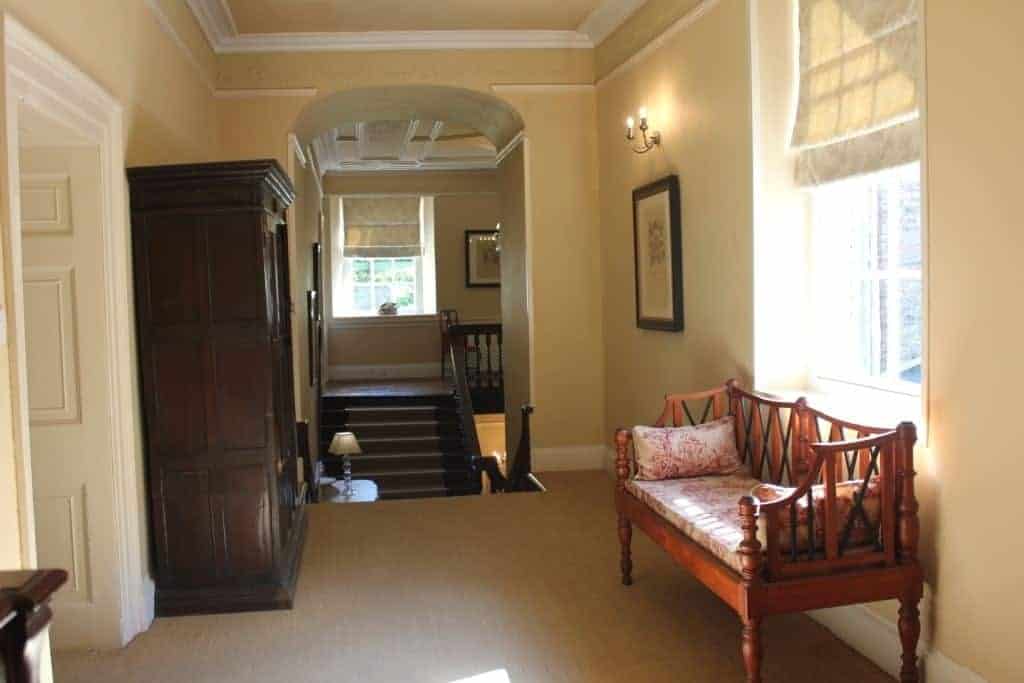 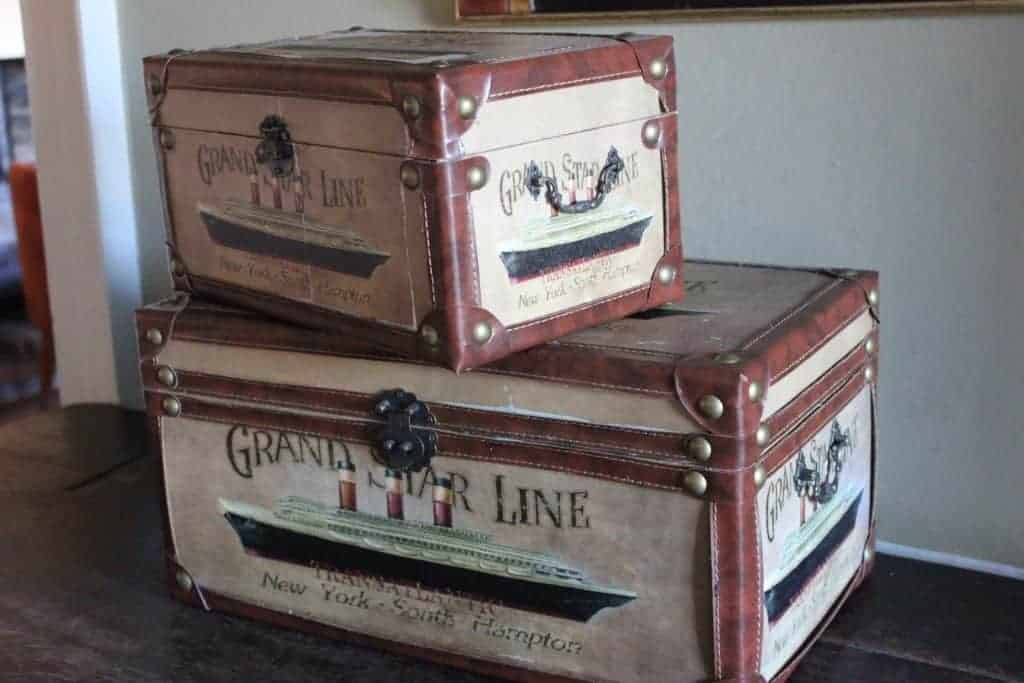 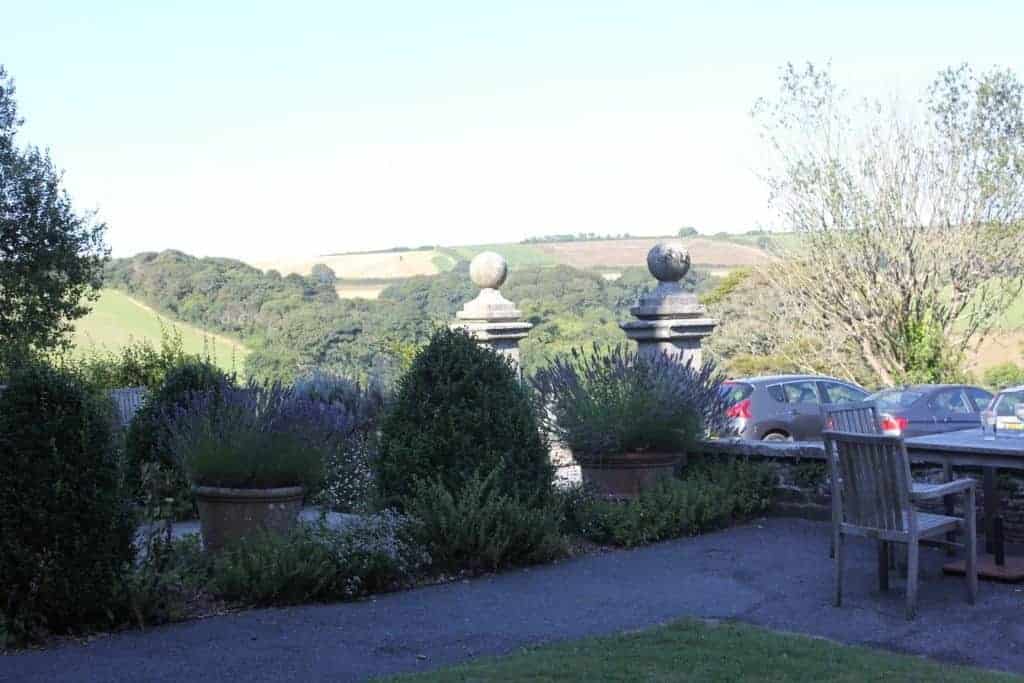 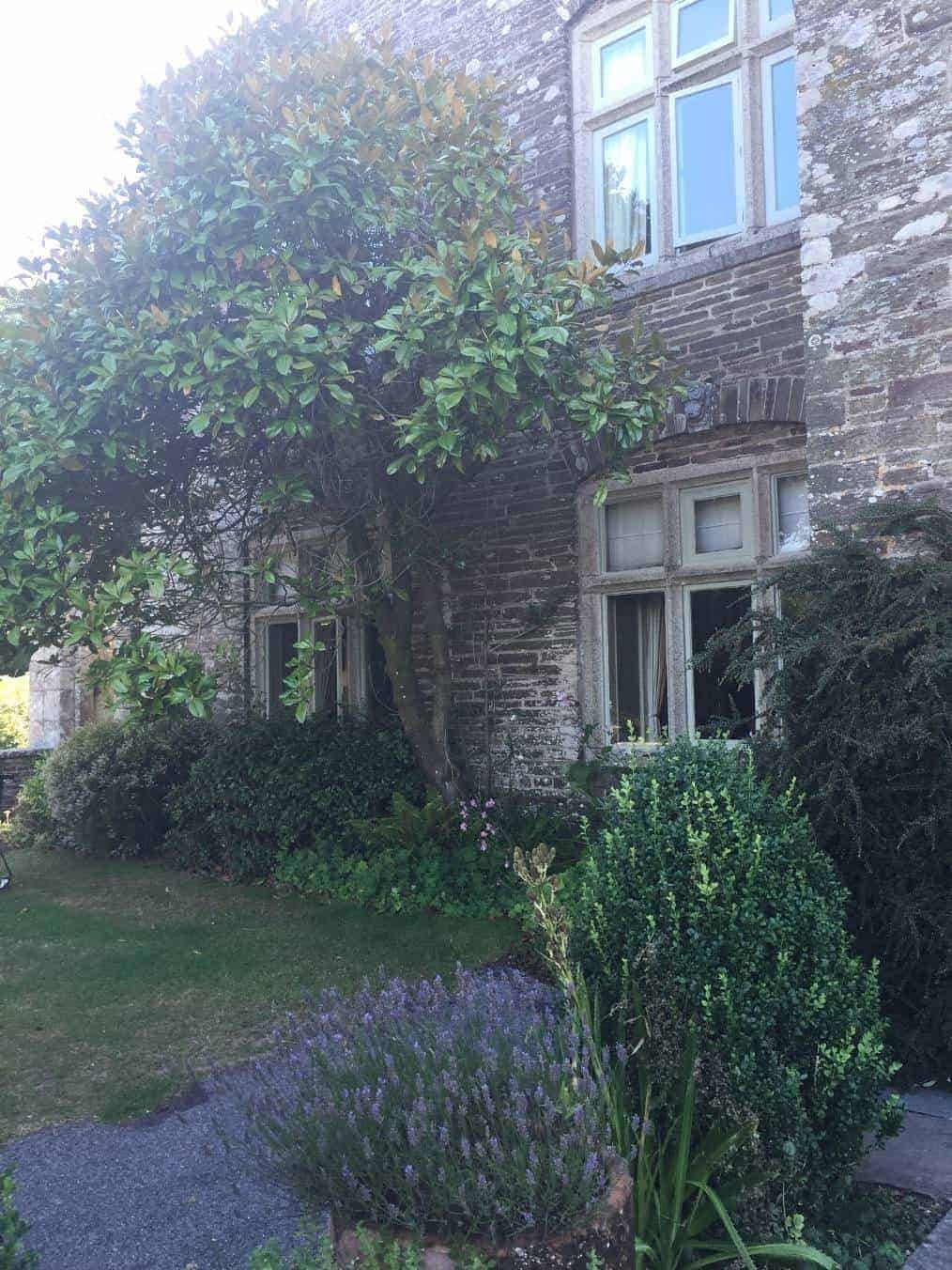 We were staying in a wonderful suite, complete with traditional Tudor window seat where you could sit and read overlooking stunning views of the countryside. 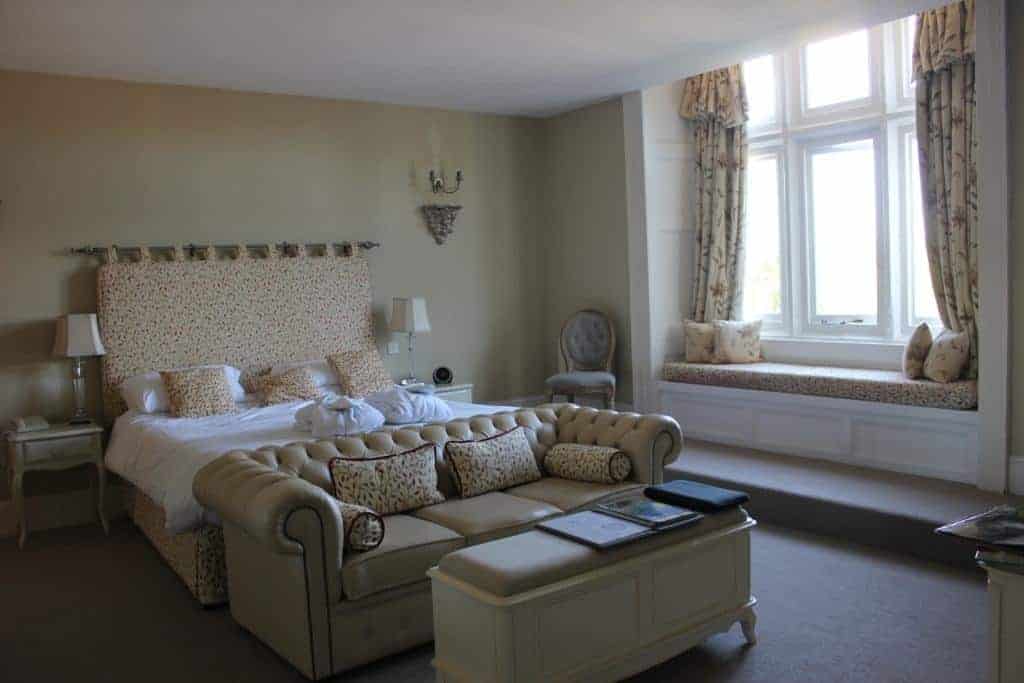 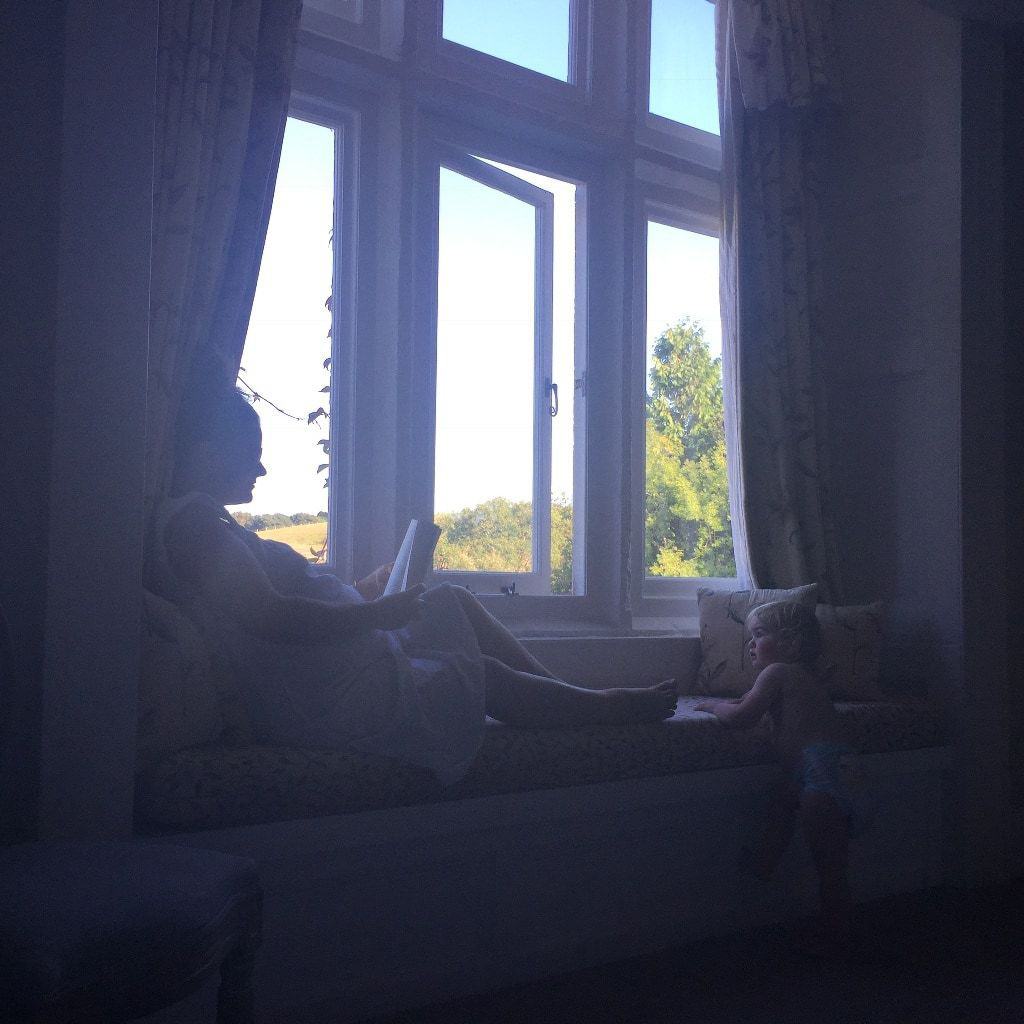 The large bathroom included a standalone bath adjacent to a window, which again allowed you to peer out over the fields whilst relaxing at the end of the day. 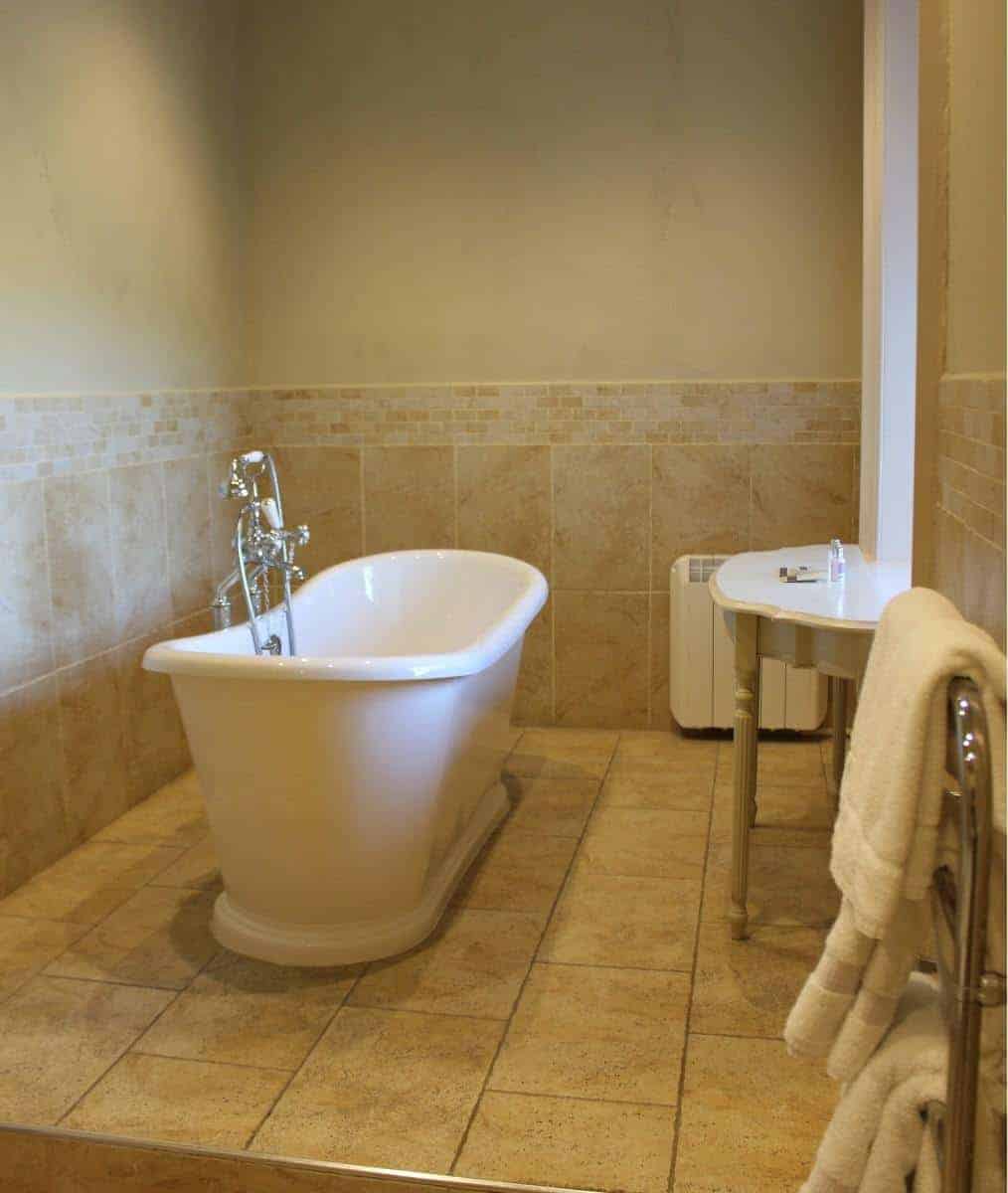 Coming down from London, the feeling of peace that this hotel has to offer is definitely part of its magical charm.

We used our stay as an opportunity to explore the South Devonshire countryside which was as a striking as it is magnificent. Delightful coves, beaches and National Trust areas of outstanding natural beauty such as Noss Mayo littered the shoreline and we were spoilt for choice on where to visit. 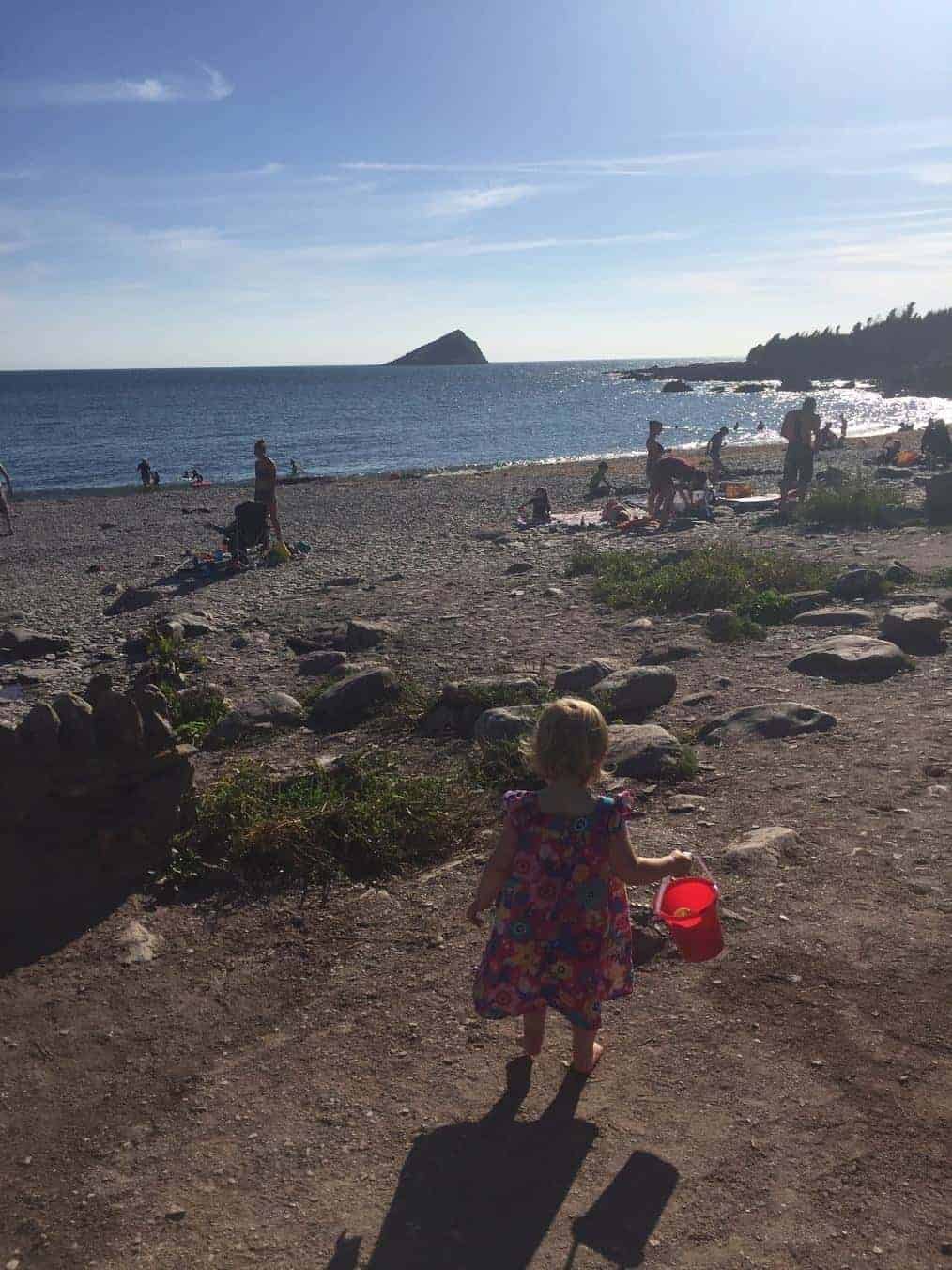 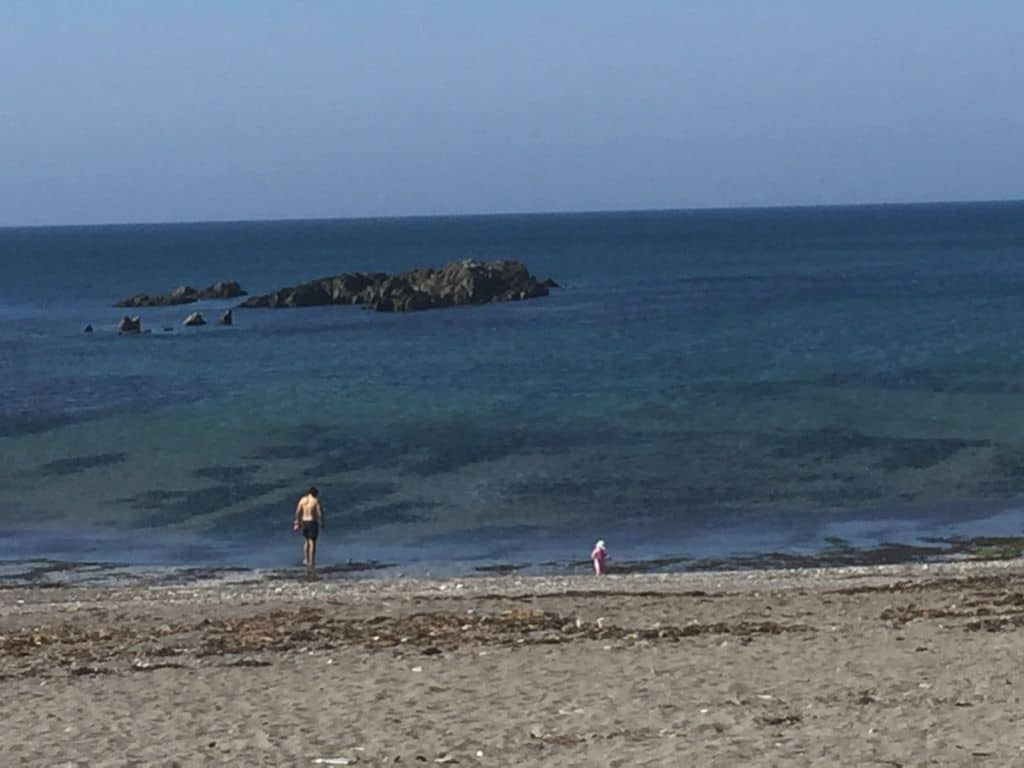 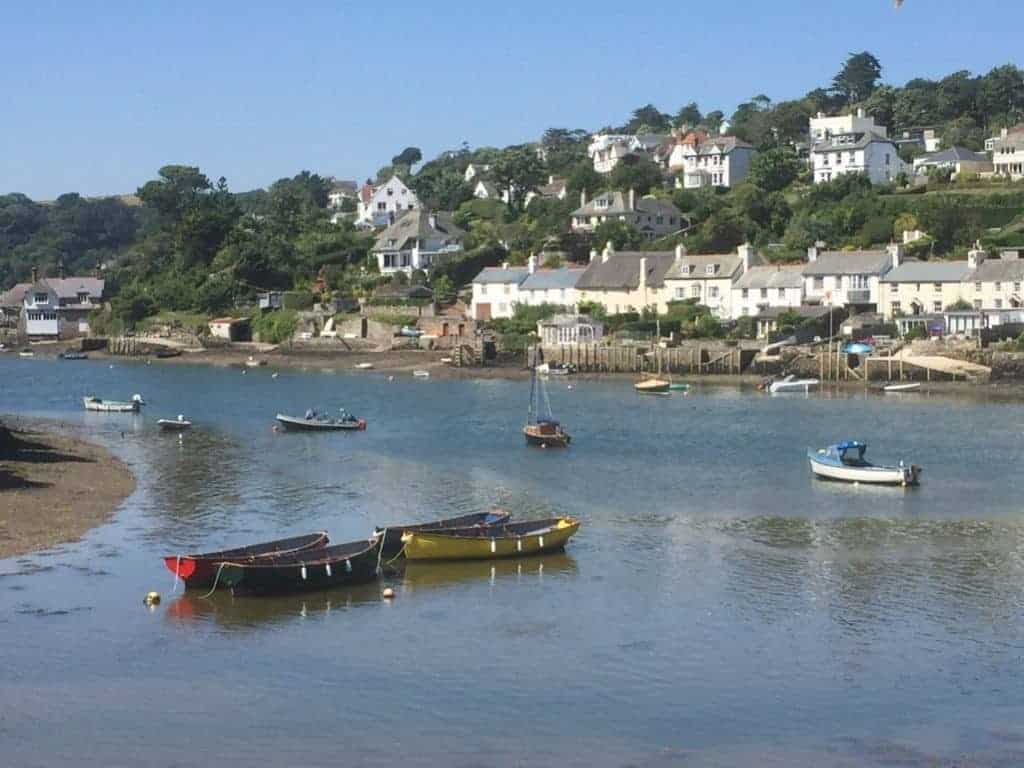 This really is a remarkable area of the countryside and well worth a visit, if you’ve never been. Beware of the single track roads though – your journey time may double as you encounter other vehicles on these winding countryside lanes!

In the evening, we ate in the hotel’s restaurant where we enjoyed beautifully cooked dishes made from locally sourced produce. I ordered the traditional fish n’ chips which came complete with newspaper-style wrapping and was melt in your mouth delicious. 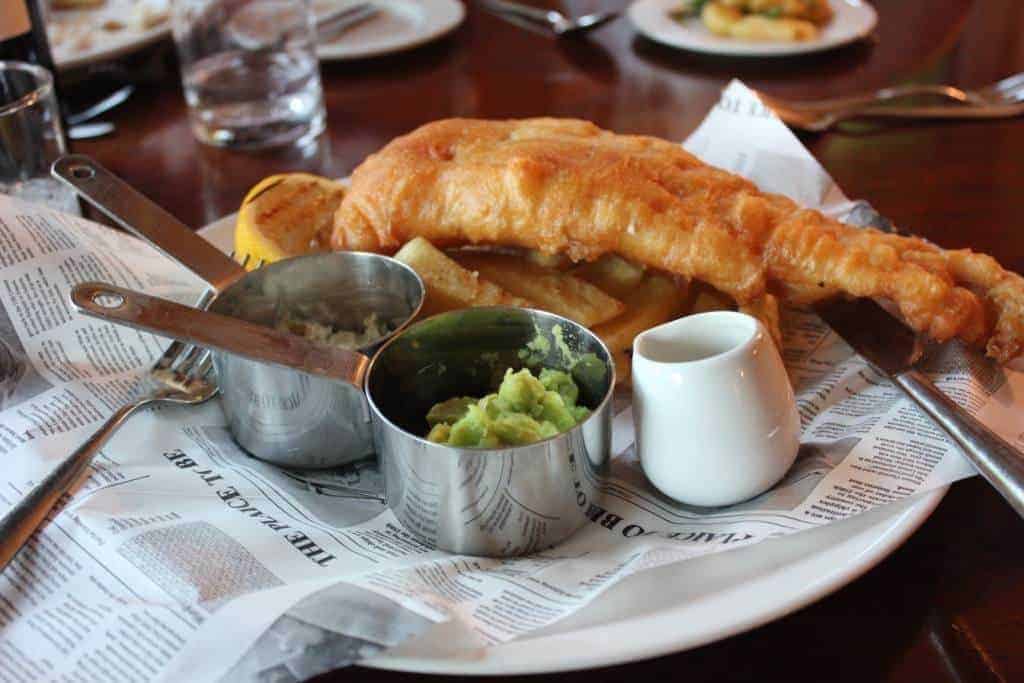 My partner had the steak, which was cooked “blue and to perfection”. The menu itself felt slightly disjointed, although in keeping with a loose theme of traditional British, but the food was fantastic and well worth the hotel’s 4* rating. The staff were also delightfully friendly and really made our stay a welcoming and relaxing experience.

Rooms start from £129 a night. Visit their website  www.langdoncourt.com for more details. 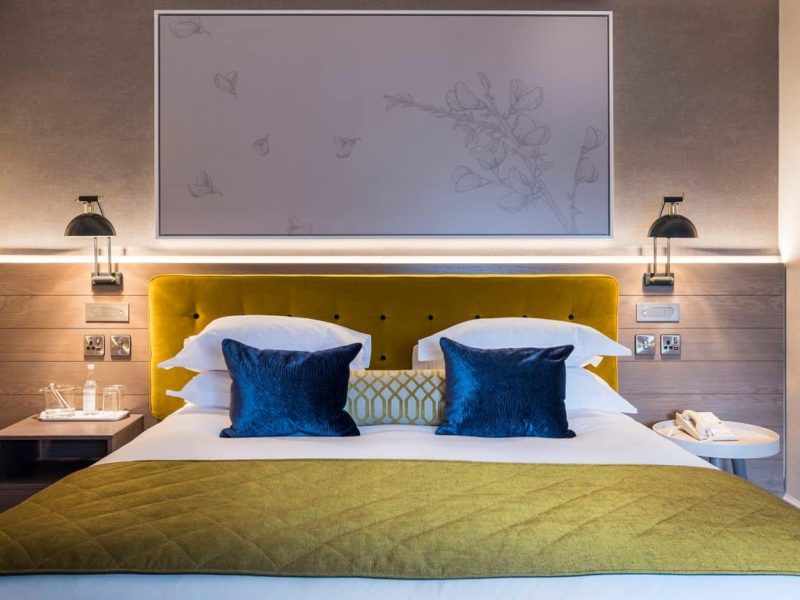 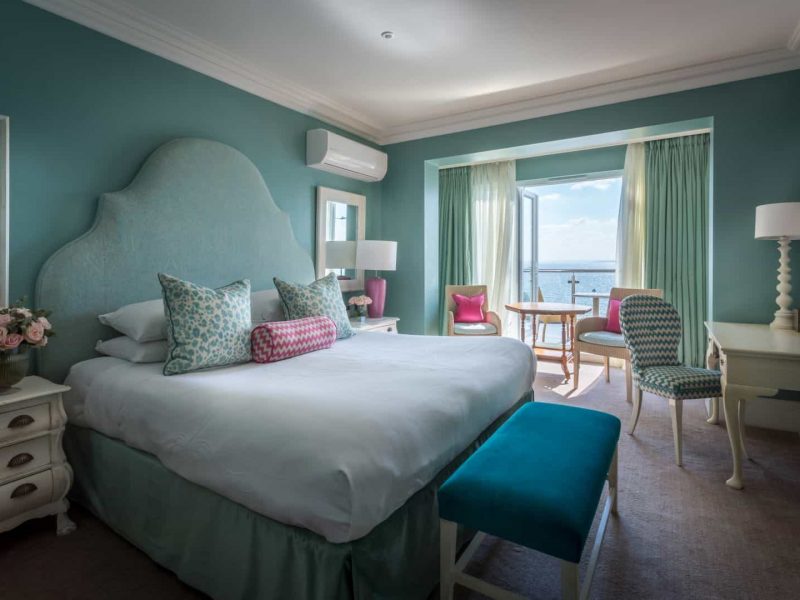 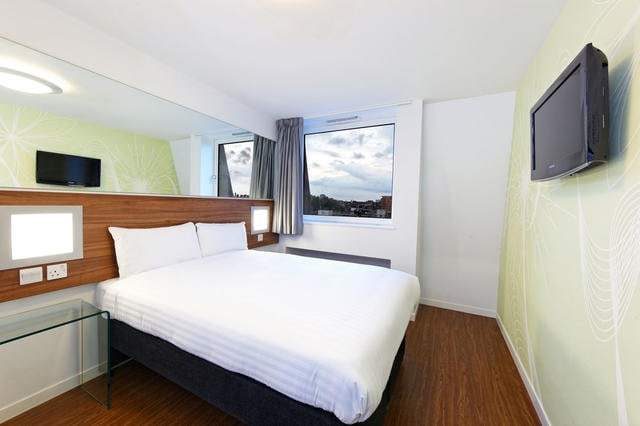 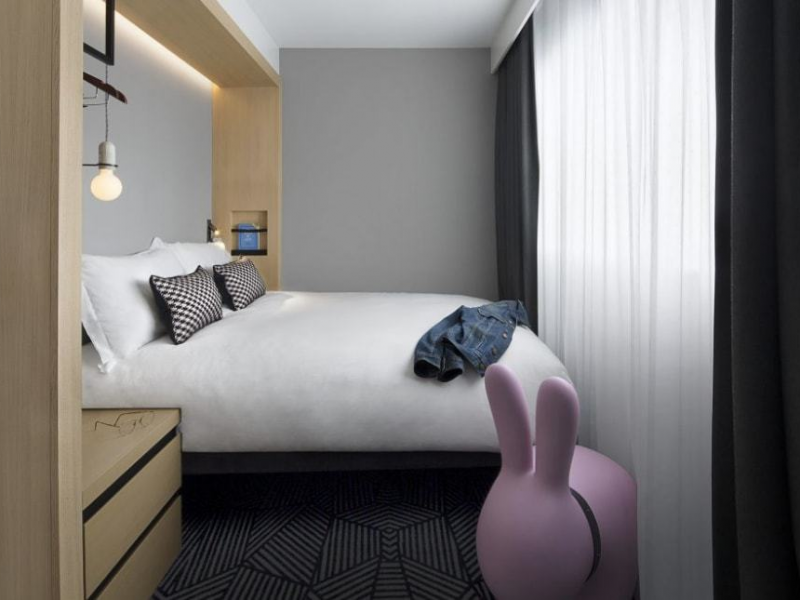