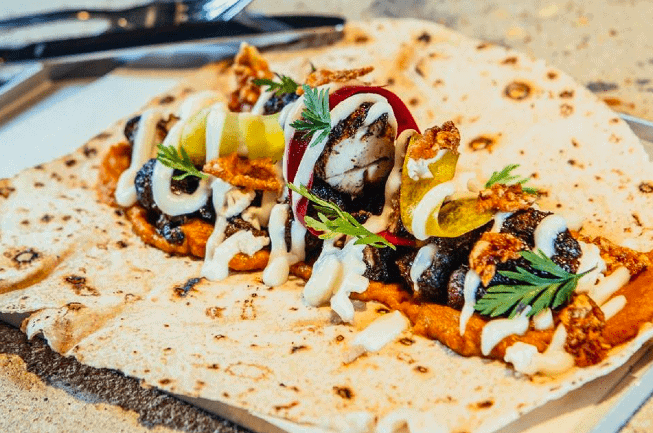 Friday night and kebabs – though you’d scarcely admit it, there can be no finer pairing. Unless, of course, we were to tell you that they’re cool now.

That’s right, having worked through a roster of uber-trends ranging from lobster rolls to ‘poutine’ (cheese and gravy on chips for the uninitiated, or the smarter people who frankly don’t give a damn), London’s turned its sights on greasy hunks of meat in thick floury baps – but not as you’ve seen them before.

On the top floor of Kingly Court’s shiny new interior lies Le Bab, a stone’s throw from The Rum Kitchen, Pizza Pilgrims and all the other trendy concept restaurants you saw Time Out in 2015. A ‘renaissance project’ concerned with provenance, seasonality and technique, it uses Michelin-starred expertise and excellent ingredients to conjure up wood-fired flavours of the Middle East. Having now tried most things on the compact menu, we can back up this notion with ease.

Leaving your diet at the door, begin by trying the Lokma, an enigmatic starter that can only be described as a doughnut filled to burst with spiced chicken liver pate. This glazed treat is soft and unctuous, but the heady scents and flavours might not be for everyone – a great choice if you’re looking to really explore a new culture.

Mains are more recognisable, and difficult to choose between. Those lucky enough to perch on high stools can watch the chefs at work, which makes picking out a freshly grilled meat easier (you mouth can’t help but water as 15-hour free range pork shawarma is turned over and over). We opted for corn-fed chicken shish, with squash hummus, season’s pickles, chicken crackling, Le ‘Bab toum, biber and heritage carrot tops (£12), as well as the pork – which is served with burnt cabbage pickle, golden beetroot & chilli relish, crackling, pork aioli (£11).

Sides include some of the crispiest, naughtiest, double-cooked chips we’ve eaten in years (order them. Seriously, order them) and an altogether more virtuous Lincolnshire endive and Iranian pomegranate salad.

The restaurant’s showstopper has to be the ‘large bab’, that will remain on the menu while other options rotate with the season. This is pig’s head & crackling, with black turnip, heritage carrot, onion, molasses sauce, carrot & turnip greens and simply, looks spectacular.

You can choose from just two desserts, which is a blessing after this blissfully rich meal. The huge crème brûlée can easily satisfy two people, spiced with cardamon, cinnamon and cloves for a warm and delicate finish.

You don’t need to get hammered to enjoy this place, but that’s fun too (try the pomegranate mojitos). Whether you’re teetotal or tonight’s a Big One, your weekend starts here. 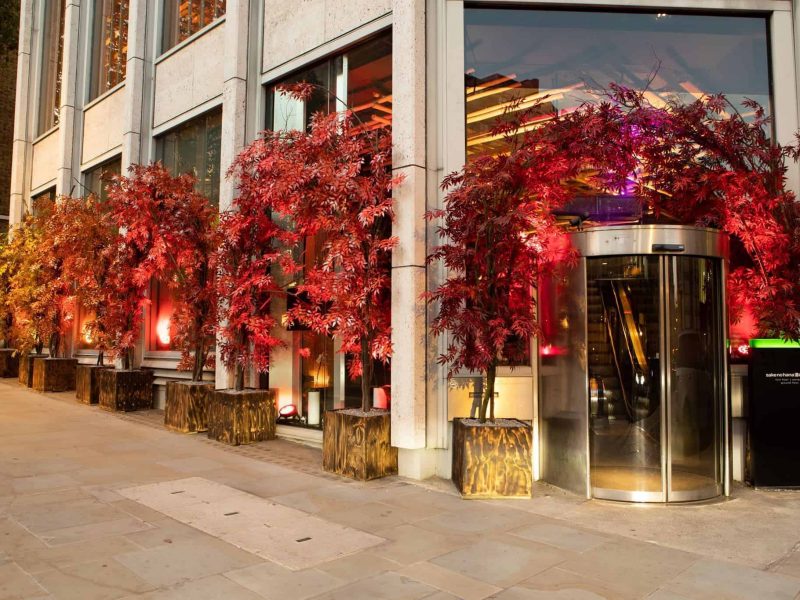