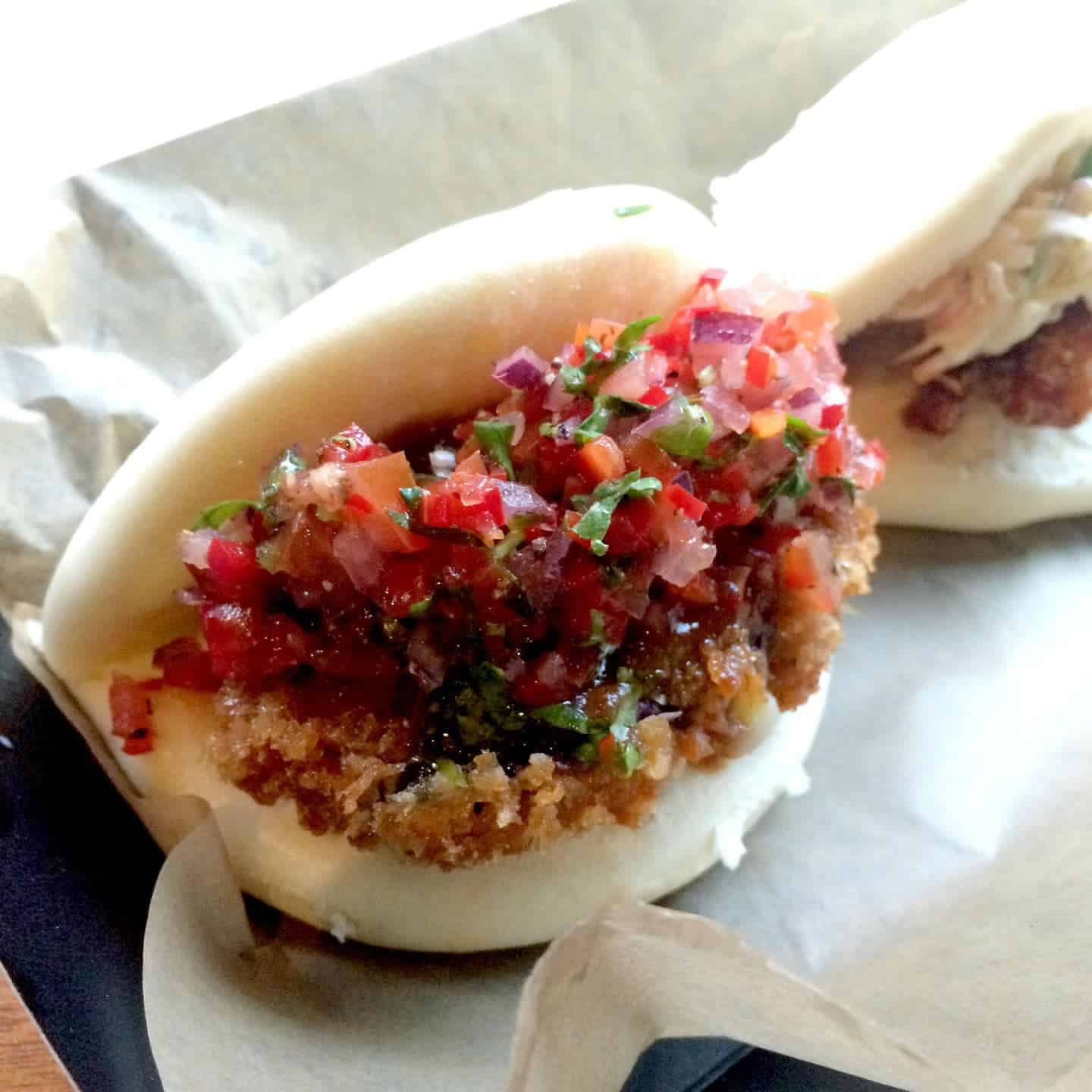 Picture this. It’s been a long day in an absolutely sweltering office. Your boss is being even more demanding than usual, and your computer crashed and deleted all of your day’s work before you saved it. Everyone has had this day. Today your turn? We’ve found the perfect tonic – and it’s one you’ll want to keep to yourself. 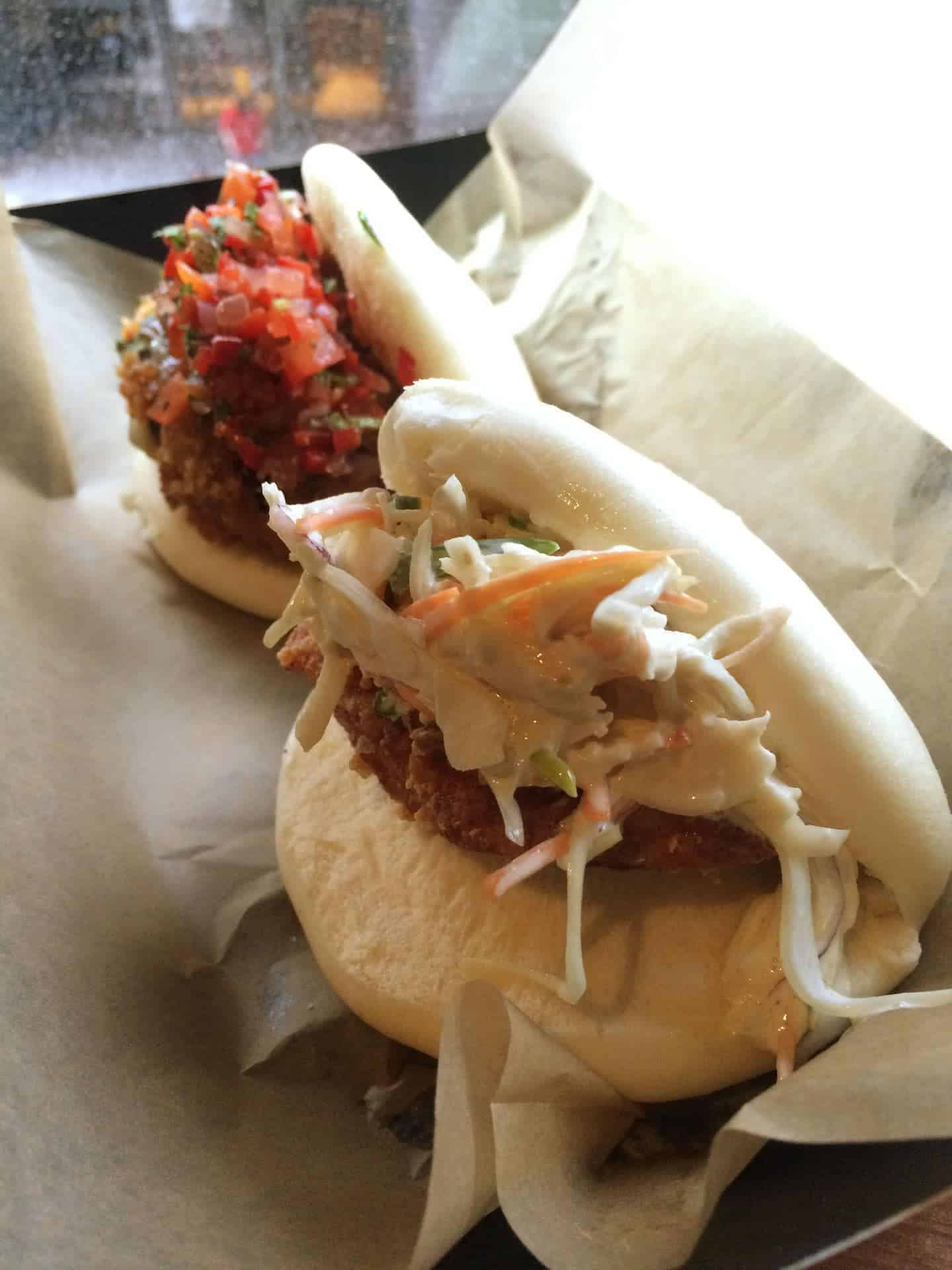 Close to Liverpool Street and Shoreditch High Street stations, the pop­ up is located on the first floor of Japanese restaurant K10. Up a few flights of stairs, you arrive in a dimly lit space, the walls covered with chalk messages from previous patrons and pinball and foosball tables in the corner. 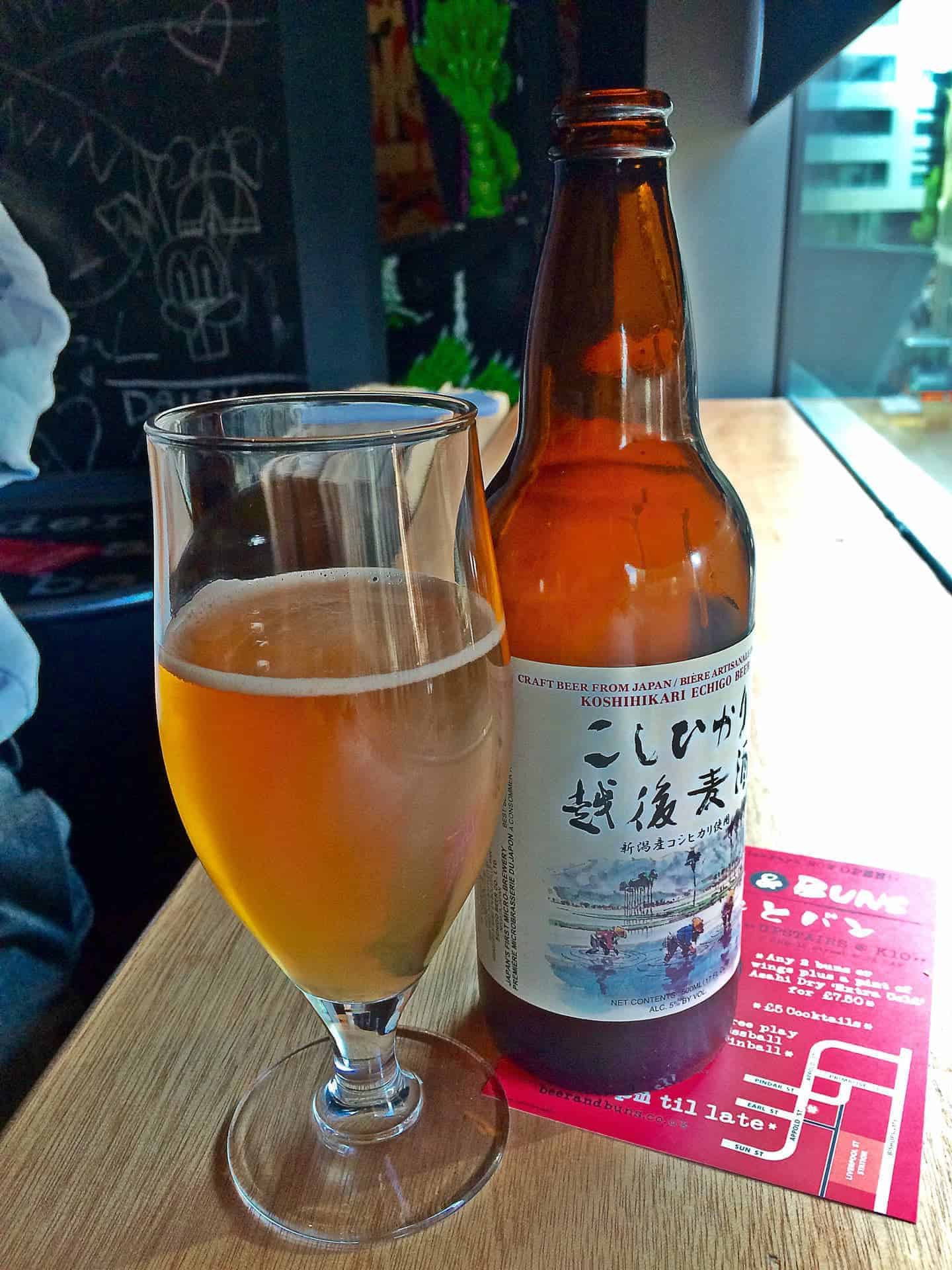 What brought us here? Beer & Buns has the UK’s largest selection of Japanese craft beers: after some deliberation we settled on the Echigo Koshihikari, a really lovely rice lager that was light on the tongue and wonderfully refreshing. This was accompanied by some moreish spicy popcorn, sprinkled with bits of seaweed – the definition of umami.

Appetites whet, it’s time to move on to the latter half of the pop­up’s namesake, their famous steamed ‘Hirata’ buns. The B&B signature bun is reliably satisfying, filled with a crispy chicken karaage which contrasts beautifully with a tangy yuzu koshu slaw. The real surprise is their vegetarian bun. Often an afterthought for most venues, the aubergine katsu bun with avocado salsa was an absolute delight. 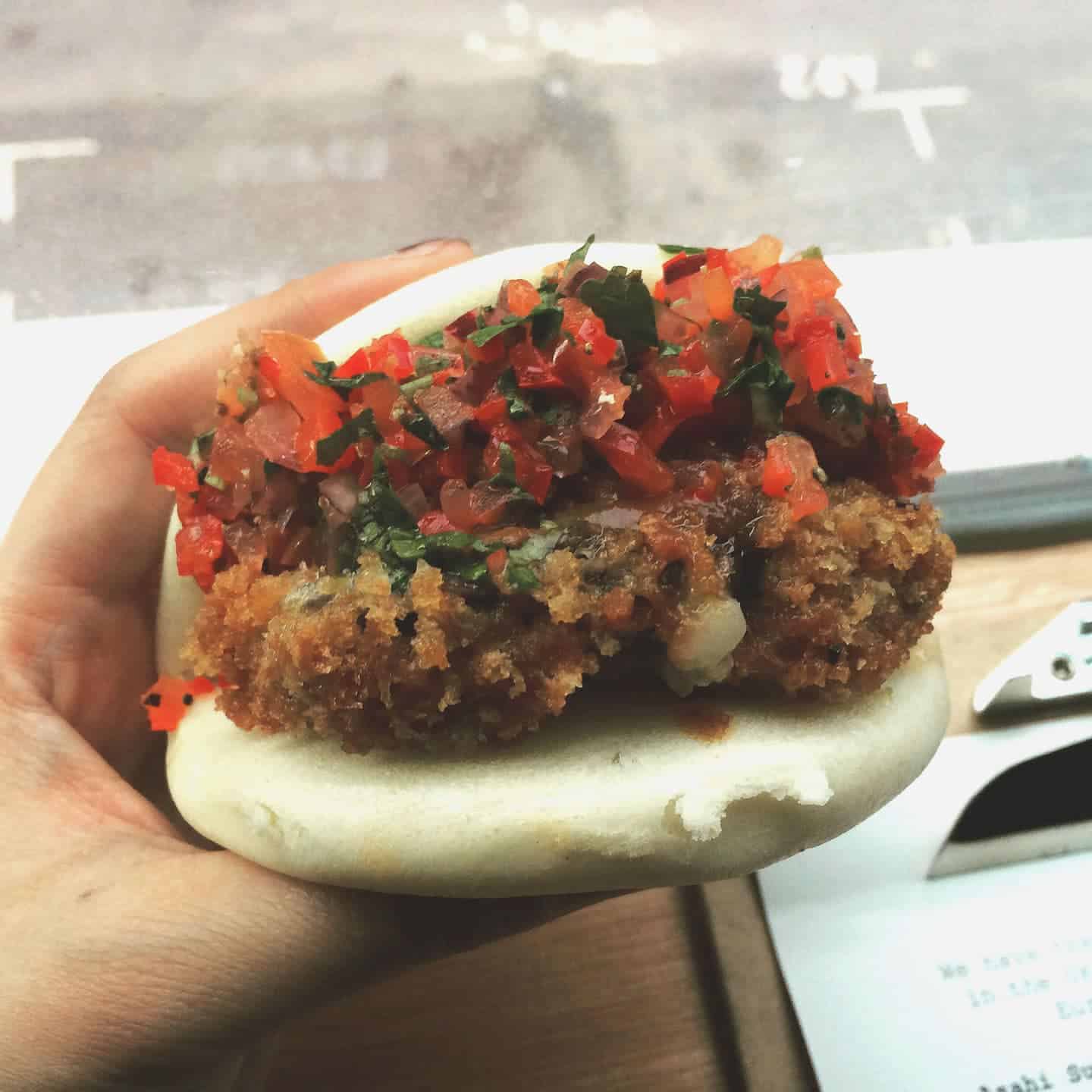 This said, you can believe the rumours that Beer & Buns’ chicken wings are the real star of the show. Jumbo-­sized, triple-­fried and smothered with sauce, these wings are what dreams are made of.

Soy & Garlic and Sweet & Spicy options offer crispy, delectable skin with incredibly tender meat, best followed up with more beers – we recommend the Coedo Shiro and Hitachino Nest White Ale – highly interesting brews, the former a white beer with a slight hint of banana, the latter more floral, with hints of coriander and orange peel. Both delicious, and complex in flavour. 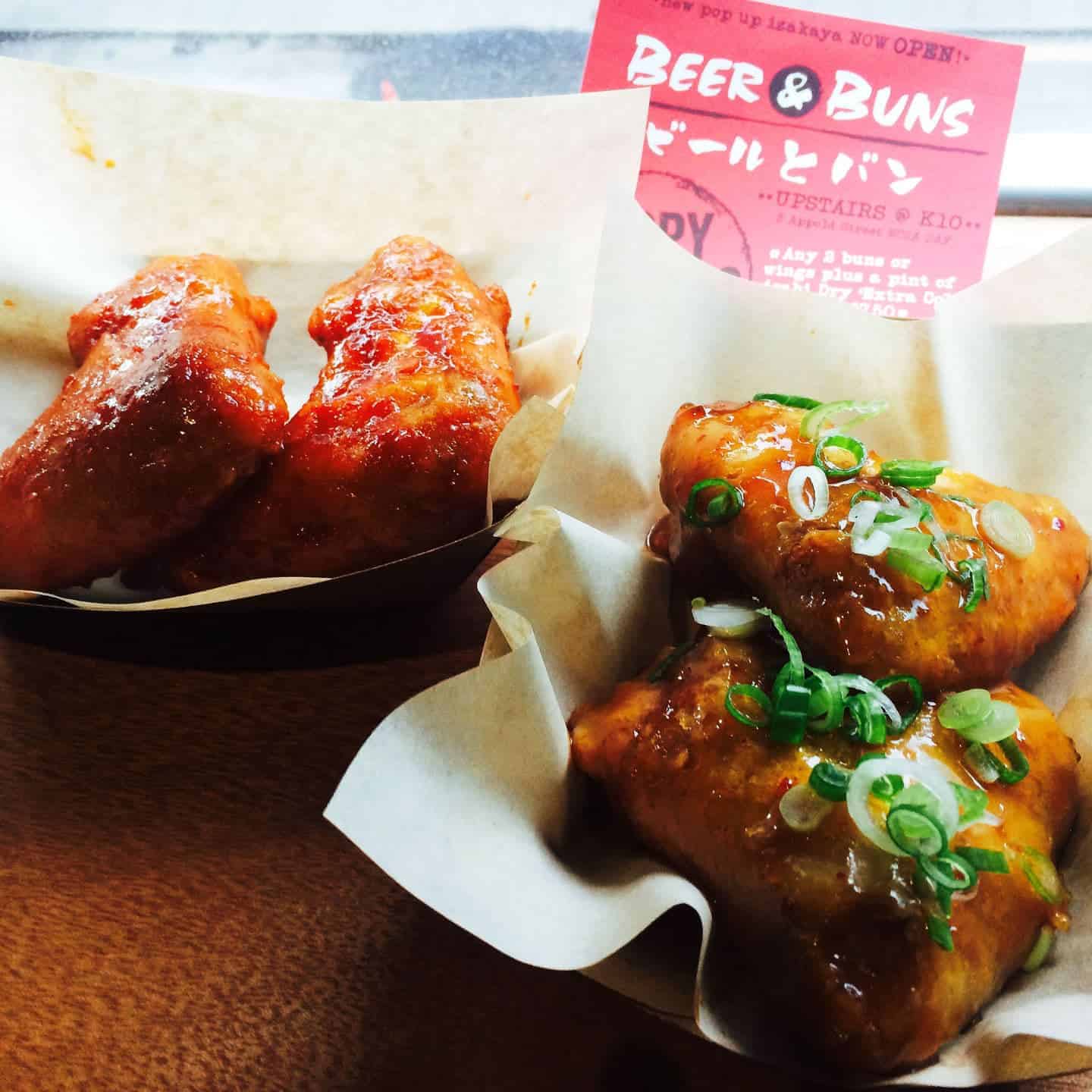 Beer & Buns recently confirmed its permanent residency at K10, and thank goodness, because once the surrounding City workers get wind of this awesome little spot, we predict finding a table will become remarkably difficult.