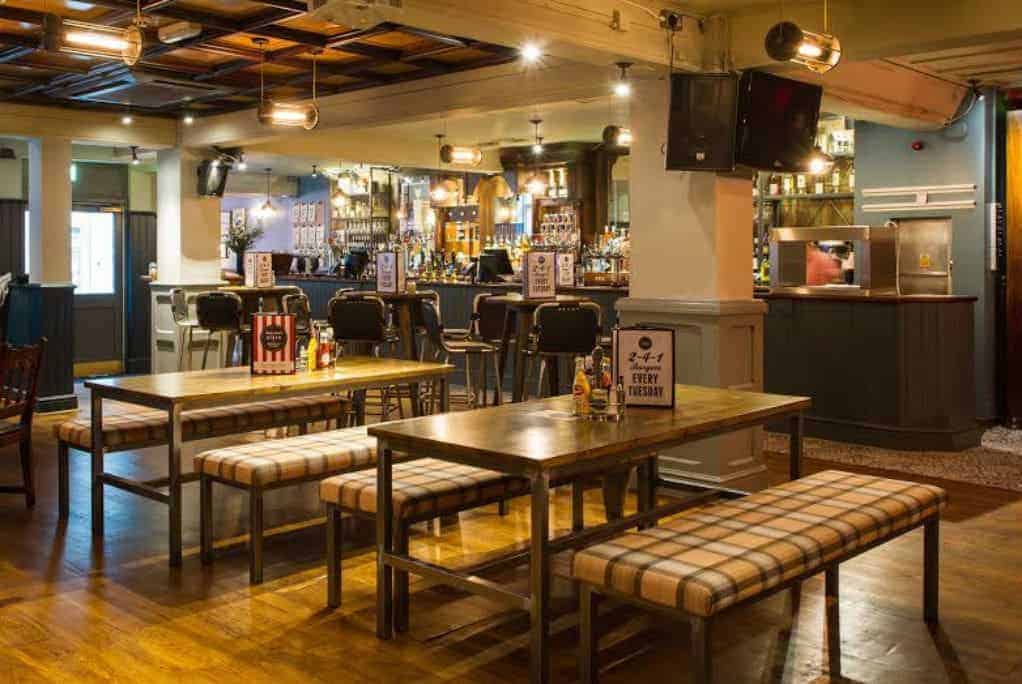 On the hunt for a bar with decent food in Angel that wouldn’t cost upwards of £15, a press release about new chain pub Radicals & Victuallers sprang to mind.

Promising an extensive American diner menu of dishes mostly under £10 and served until 10pm, live entertainment and a laid back vibe, it made for good reading – so we popped in for a bite. Think pub classics, from towering 2 for 1 burgers on a Tuesday to spicy wings (25% off on Wednesdays), plus salad, ribs, hot dogs, mac n’ cheese and more.

Old Chesterfield sofas and bunting lend a worn, cosy feel – this isn’t high end dining, or even concept dining, but rather a comfy pub to plonk yourself down in on a drizzly Saturday for better-than-average budget boozing.

Seeing that I had a cold, the super-friendly waitress lived up to the bar’s moniker (a ‘Victualler’ being someone who provides the crew of a ship with food and drink!), appearing with a hot rum laced with soothing secret ingredients she refused to reveal – whatever it was, it worked, leaving me ready to try a British beef burger with a fried egg, avocado and light dusting of Pickled Monster Munch (don’t knock it ’til you’ve tried it). There’s a great range of unusual soft drinks but the staff love to mix a cocktail, and why deprive them of that?

A reliable alternative to the notoriously expensive eateries on buzzy Upper Street, this is a great spot for big groups looking to catch up in a setting rather nicer than Wetherspoons, yet almost as kind on the wallet.