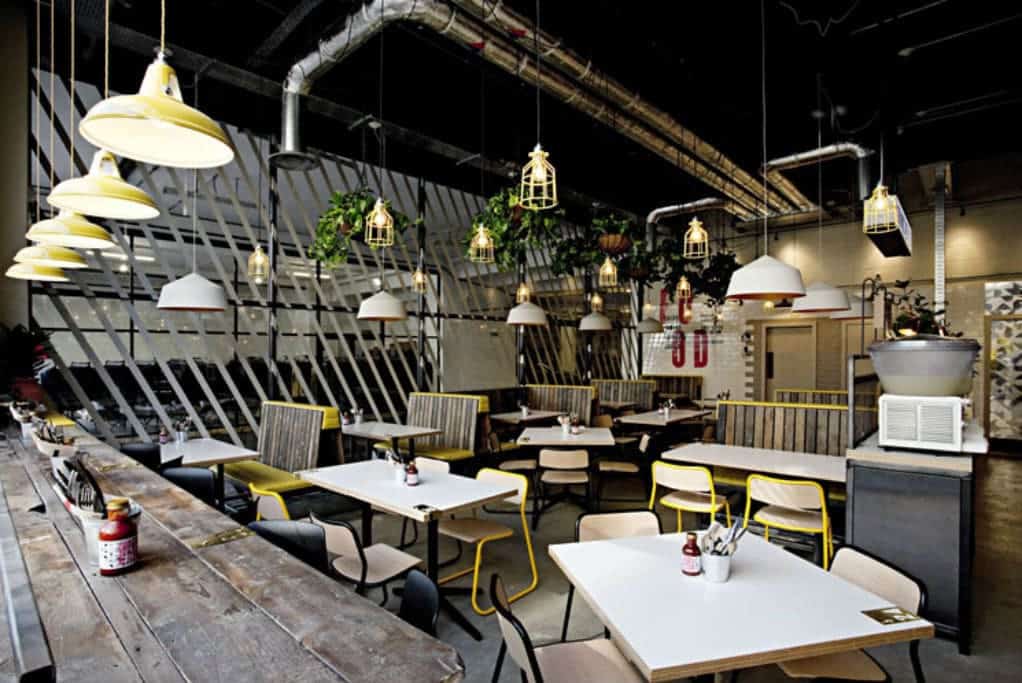 The Old Truman Brewery’s latest import talks dirty, and we like it. Whoever’s in charge of the social media, we take our sombreros off to – short, snappy and a little bit sultry, they know their food is sexy and the odd picture with a saucy caption had us drooling all over their Twitter feed. 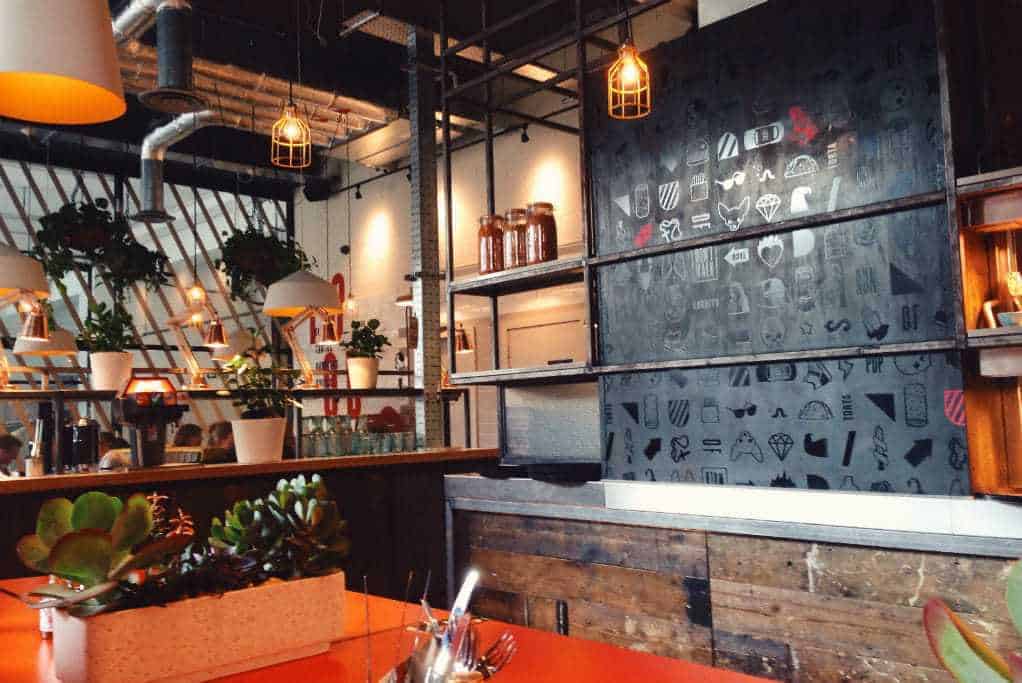 And so we were off to DF Mexico, in the centre of the hipster hubbub that is Shoreditch on a Thursday evening. Ella Eyre doing an impromptu gig just outside and one of the year’s last warm days slipping into night, it already felt cool. Inside, cookie cutter interiors (industrial, bare filament lightbulbs hanging on long cords, bottle green tiling, long tables and corner booths – it’s all there) are broken up with bright colours and plant fronds.

Led to your table, you’re handed a leaflet explaining how this place works: think a trendy experiment by the Wahaca people, borrowing rather a lot from Nando’s. Memorise your table number, pick your grub (this could take a while – green guacamole, bright yellow corn kernels, pink pickled cabbage fight for attention – and that’s just the veg.

Then it’s back up to the counter to take care of business. Such a process attracts a certain type of patron: young workers needing a quick bite before heading out (or on the way home, tipsy and ravenous), couples looking for a mid-week treat, groups of friends so hungover the concept of splitting the bill might cause tears. 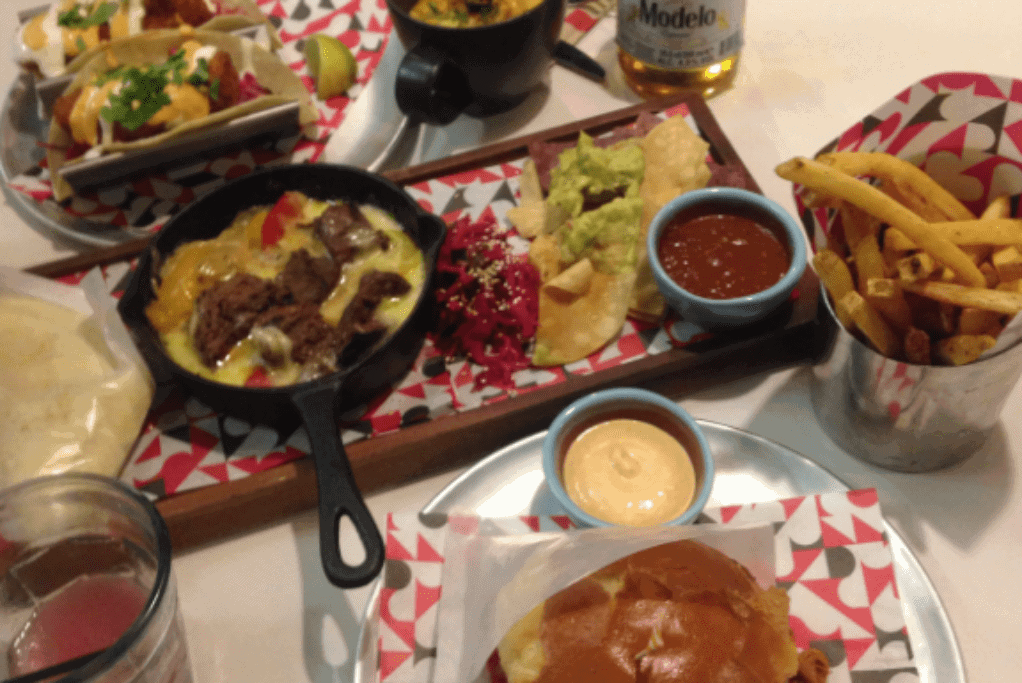 It’s a simple enough process but there’s something annoying about it – should you change your mind about your order, realise you want more sides, fancy another Brooklyn beer, it’s off to queue up again.

That’s the last we’ll moan about it though, because the food is bloody good. Shiny chins and happy faces give away who went for a NYC Torta (a Mexican sandwich in a toasted brioche bun with smashed avocado, slaw and pickle), impossible to eat politely – and you wouldn’t want to – roll your sleeves up and dig in. 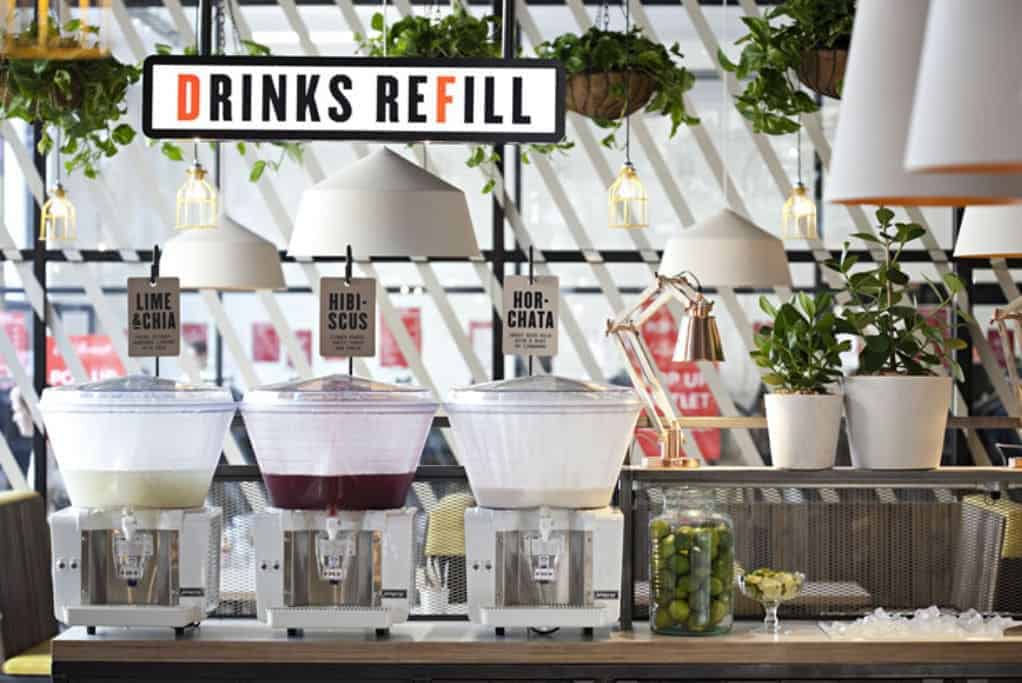 People look disappointed as the hefty DIY Mexican Boards sail past their heads, realising they should have ordered that sizzling pan of cheese, steak and corn chips to build their own feast – then brighten up when their panko-crumbed cod tacos arrive doused in chipotle mayo.

Yes, there’s an air of factory-line assembly, but at prices this decent (a pork pibil taco is £6.10, juicy steak with crispy fries just £10.45), who cares. Finish off with a dulce de leche soft serve ice cream (complete with popping candy) and another frozen margarita and you’ll be laughing all the way to the Hoxton Pony (when the brain freeze wears off at least).