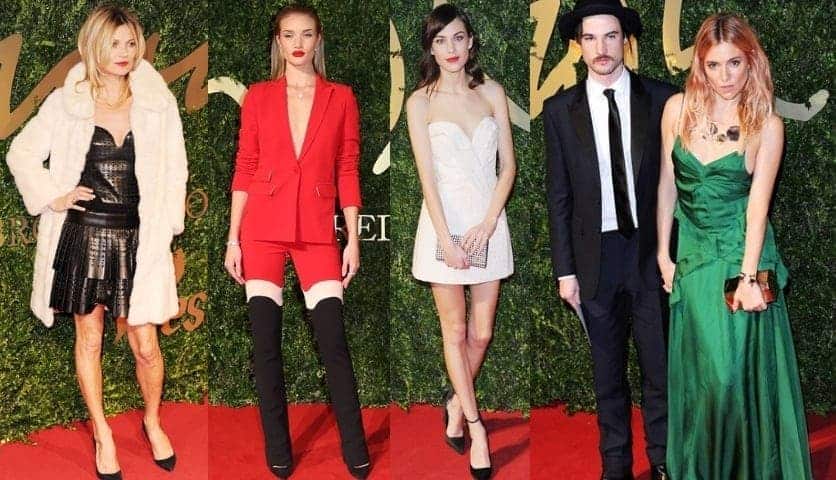 Tonight’s British Fashion Awards were a heady affair of fashion, glamour and out and out decadence, as the great and good of the fashion world stepped out in their well-heeled masses to celebrate the industry’s finest.

The Brits were on top style form, with our favourite looks coming from none other than Kate Moss, Rosie Huntington-Whiteley (Antonio Berardi), Alexa Chung (Stella McCartney) and Sienna Miller (Burberry), pictured with partner Tom Sturridge.

Harry Styles also caused a huge stir by making an appearance and scooping the British Style Award, voted for by the public, and handed to him by previous winner and pal Alexa Chung.