Extreme Dating? We Scaled The O2 To Try It Out… 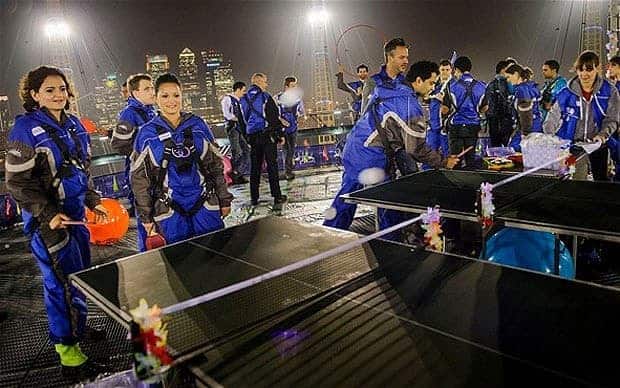 Extreme Dating? We Scaled The O2 To Try It Out…

A round of Ping Pong. A pretty normal pastime. At a singles night? A little less so. On the roof of the 02 Arena? That’s the sort of thing you end up doing on a Tuesday night when you sign up to dating website DoingSomething.co.uk.

Instead of dozing on the tube after work last Tuesday I found myself squeezing into a 14 year old’s jumpsuit (I’m 5ft 3in, it was all they had!) to scale what was once the Millennium Dome, in hope of 360 degree reviews and an experience out of the ordinary. Doing Something promise date nights like no other, specialising in extraordinary events where like minded singles can mingle, with no added pressure or awkward pauses. 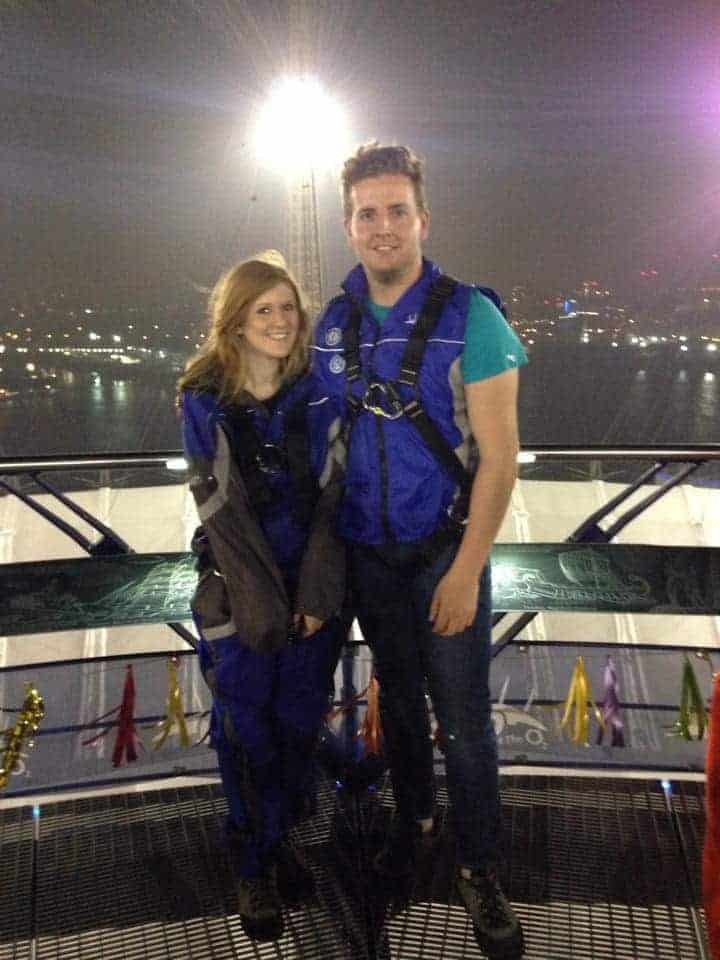 They certainly delivered, rigging up an 80’s themed party on the 02’s roof complete with space hoppers, a guitar player and plenty of pink flamingos. Half an hour after an amusing safety brief we were dragging ourselves up the side of the huge dome to get to the party, gaining incredible views of the City and the Thames at sundown. At the summit, party games and a relaxed (if slightly stilted) atmosphere awaited, which was great fun but not really conducive to the art of seduction – wind blowing hair in every direction and a lack of alcohol were almost certainly to blame for the lack of arrows being shot by cupid up there.

The difficult task of getting back down (without slipping on the now dewy canvas) made me nervous, but everyone congratulated eachother once they’d made it in one piece, and with relief, headed to the bar for some good old fashioned schmoozing the way we all know best – drink in hand. A thoroughly entertaining event, it drew dozens of lovely people with a mutual appreciation for our great city and the mad things you can do in it – so if you didn’t meet anyone, you didn’t feel hard done by. Nonetheless, you still need balls to attend an event like this on your own. Luckily, Doing Something had plenty.

Watch the video and see for yourselves!

Wish you’d plucked up the courage to go now? There’s never been a better time to join DoingSomething, with a huge programme of events and thousands of potential partners waiting to be discovered. What’s more, we’ve sorted FashionBite readers with 3 months’ membership for just £19 – simply enter the code “RED1013” at the online checkout.

Tags:
dating, doingsomething.co.uk, singles, up at the 02 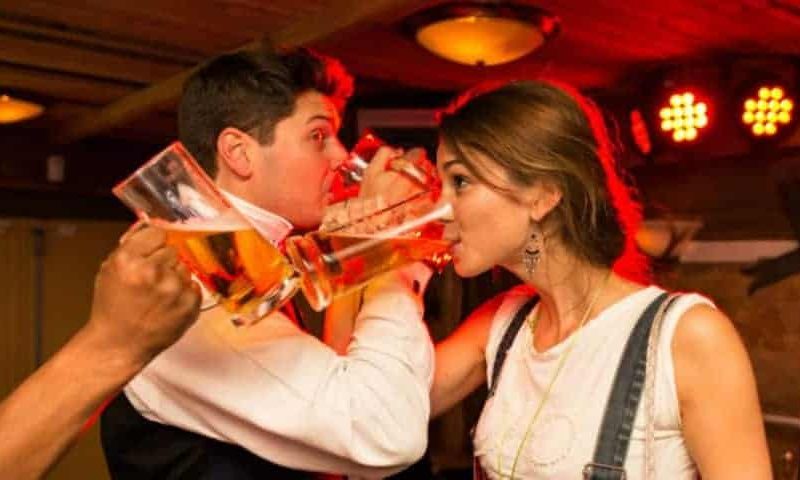