IN-DEBATE: Have Pop-Stars Gone Too Far? 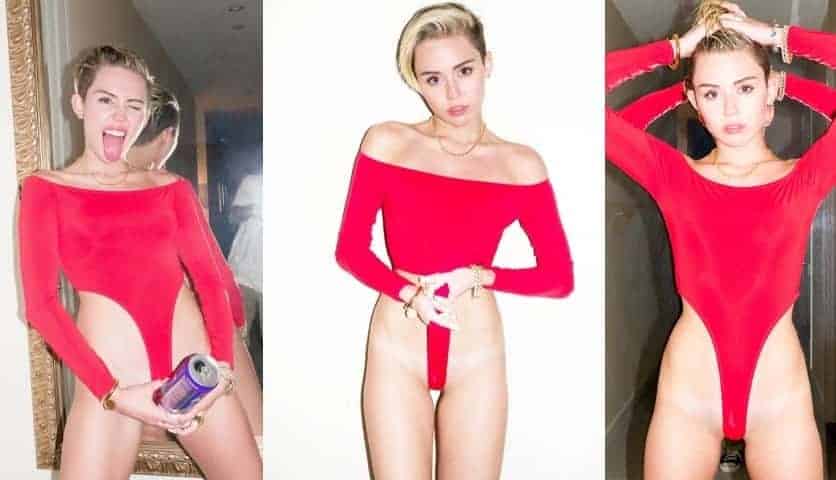 IN-DEBATE: Have Pop-Stars Gone Too Far?

This week, we’ll be debating- have pop stars gone too far? Do you agree/disagree, does it affect you, should we be doing more, it is even an issue for you, do you even care? Comment below and lets get the debate going…

Q. HAVE POP-STARS GONE TOO FAR…?

Unless you’ve been hiding under a pop-cultural stone for the last month, you’ll have seen the unfolding Miley Cyrus/twerking/pornographic saga unfold. It all started with her performance at the VMA’s, where she stripped off to her nude, latex underwear and gyrated, twerked and simulated sex on stage live in front of the industry and broadcast out to her young fan base.  (IMAGE CREDIT TOP TerryRichardson.com)

Now, the antics of Cyrus have escalated even further and the story is making headline BBC news, as Sinead O’Conner stepped in last week with an open letter to the young singer, voicing her concern over the star ‘prostituting’ herself for the music industry. This was met with a disparaging and aggressive outburst from Cyrus on Twitter, who clearly didn’t appreciate the very public words of advice.

In the latest twist, Cyrus has done an X-rated shoot with Terry Richardson (pictured top), where she fondles herself, pulls her leotard in so tight that she leaves nothing to the imagination and simulates sex with a beer can. He also produced her Wrecking Ball video, inspired at first by Sinead O’Conner, in which Cyrus ends up writhing around naked on a large demolition ball and straddling/licking a sledge hammer.

Annie Lennox has now waded in on the debate, in a post on her Facebook page saying: “I have to say that I’m disturbed and  dismayed by the recent spate of  overtly sexualised performances and videos. You know the ones I’m  talking about. It  seems obvious that certain record companies are  peddling highly styled  pornography with musical accompaniment. As if the tidal wave of sexualised imagery  wasn’t already bombarding  impressionable young girls enough. I believe in  freedom of speech and  expression, but the market forces don’t give a toss about  the notion of  boundaries.

“As long as there’s booty to make money out  of, it will be  bought and sold. It’s depressing to see how these performers are  so  eager to push this new level of low. Their assumption seems to be that  misogyny- utilised and displayed through oneself is totally fine, as  long as  you are the one creating it. As if it’s all justified by how  many  millions of dollars and U tube hits you get from behaving like pimp and  prostitute at the same time. It’s a glorified and monetized form of self  harm….”

The real concern seems to be what kind of message they are sending to their very young fan base, who all look up to them and want to emulate what they do.

Interestingly, Rihanna (known for her love of a naked selfie) looked fairly unfazed at Cyrus’ VMA’s performance – clearly not sharing the opinion of the wider masses. In a feeling of one-upmanship, she has just released her new video for Pour It Up and X-rated it very much is, being banned on may online sites for being too pornographic. It has also caused a back-lash with many of her female fans, due to the portrayal of women. Is this female empowerment or have we just gone back decades? In the same week that the new Feminist Times magazine launches, what kind of example are we creating today for young girls? Visit their site at www.feministtimes.com 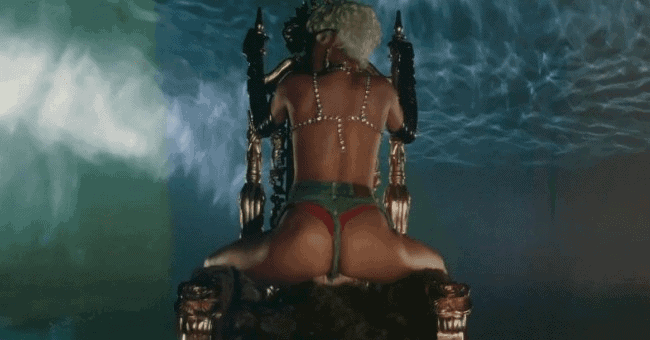 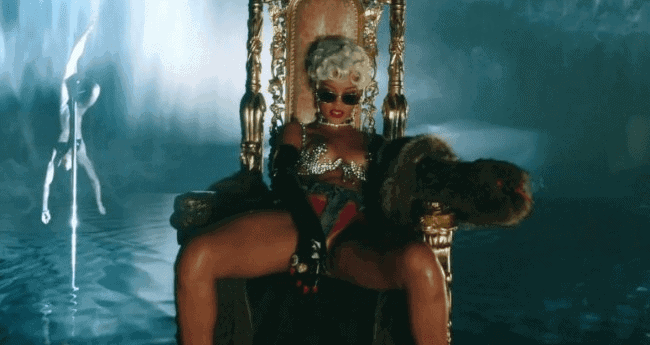 In the video, Rihanna sings about strippers and money whilst gyrating on a gold throne in a thong surrounded by female strippers doing the same? It’s seedy at very best. Is this about power/creativity/expressing her art or is this about causing more shock that Cyrus?

Should we be looking up to these women, is this cool? Cyrus has this uncomfortable mix of little girl/porn star which surely just doesn’t sit right with her young fan base. Do we want little girls copying that? 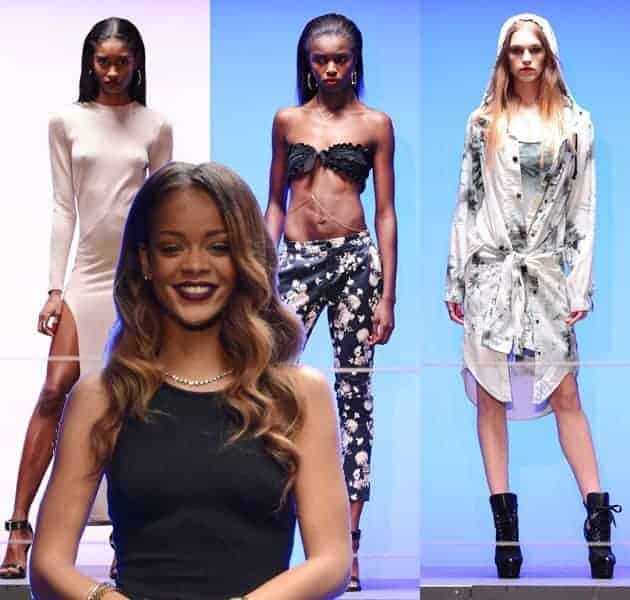 Rihanna also produces a collection for high street retailer River Island, again with a very young customer base – should they be supporting her and would you stop shopping there if you felt the star had gone too far?

What do you think on the subject? We’d really love to know your thoughts…. 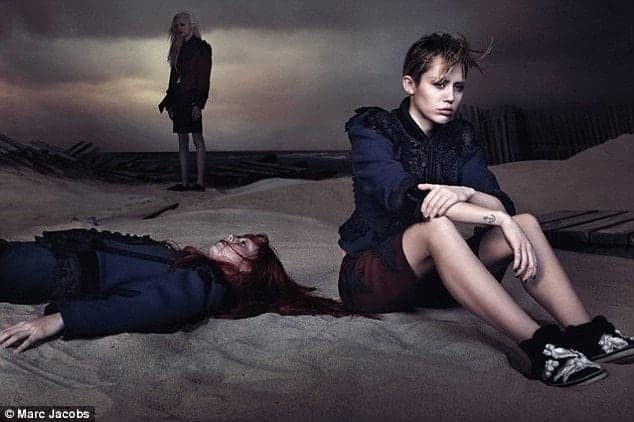 An Open Letter To Marc Jacobs… 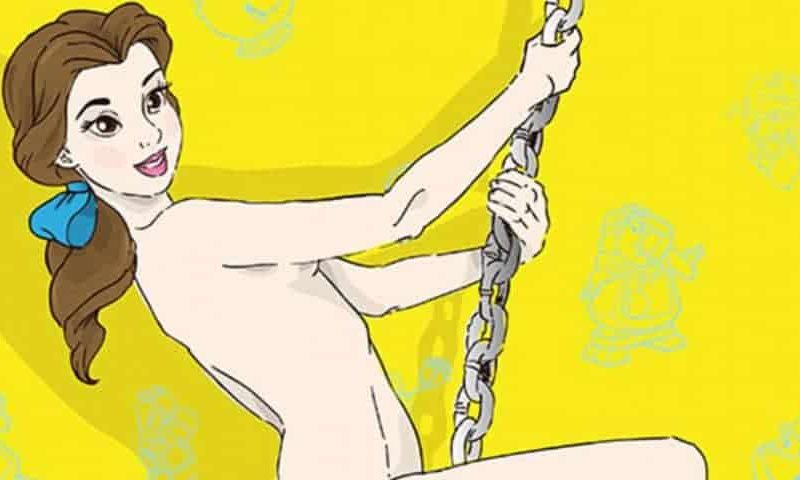 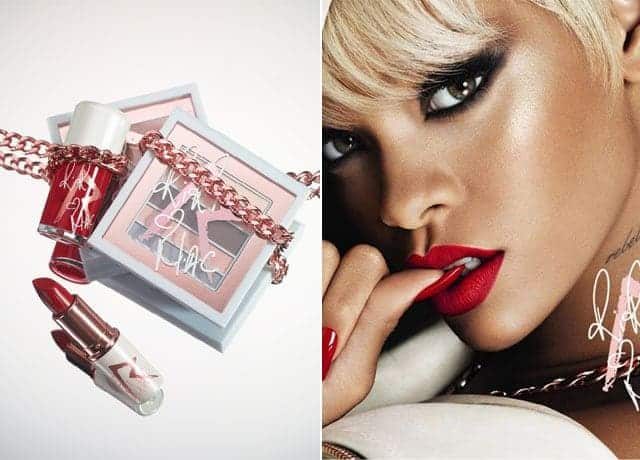 Rihanna For MAC: The Holiday Collection

A Fashion Line By Rihanna, For Rihanna