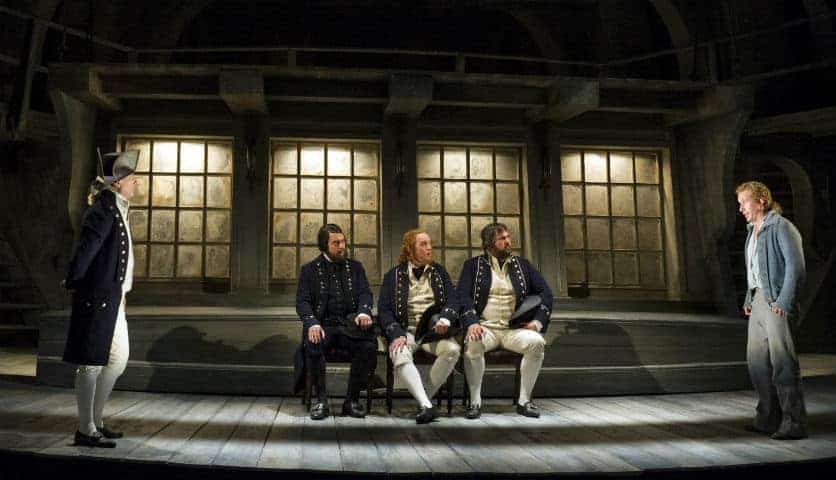 This summer, FashionBite were lucky enough to receive an invite to Glyndebourne Opera Festival, a quintessentially British event in a gorgeous country house in Lewes, East Sussex.  A huge programme of world class opera is performed at the outstanding venue (supervised by and held at the home of the Christie family since 1934), where attendees dress up to the nines, set up picnic tables and dine in the gardens until dusk. 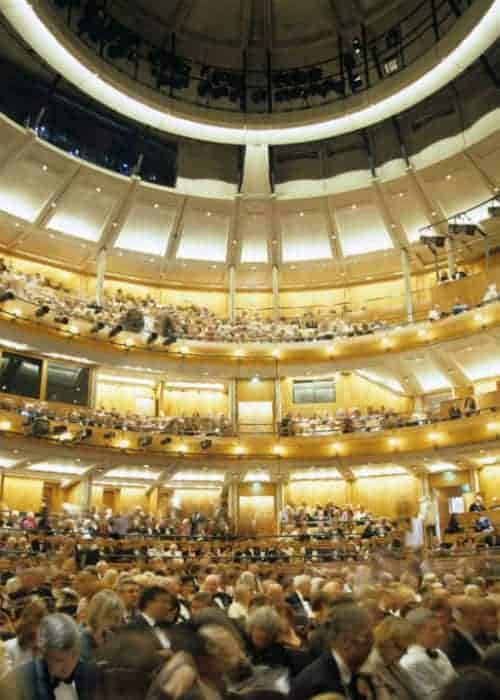 2013 marked 100 years since the birth of Benjamin Britten, one of the UK’s most revered composers. To celebrate the Britten centenary and his musical legacy, Glyndebourne revived Britten’s acclaimed opera Billy Budd, thirty seven years after the prolific composer’s death. 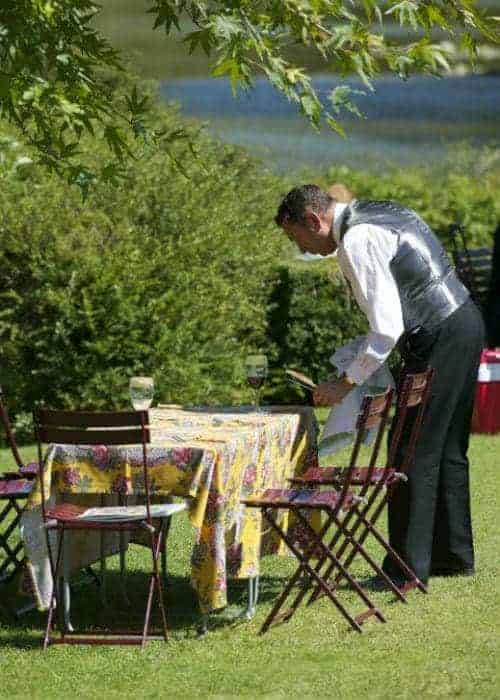 This was to be the outstanding production we’d see on a balmy Thursday evening, arriving in the spellbinding gardens armed with champagne, blankets and a picnic to enjoy during the interval (Tip: If you can, go early to set up your table in a cute spot by the lake or the adjacent field full of sheep, and bring a pair of flat shoes to wear when carting around tables and chairs). 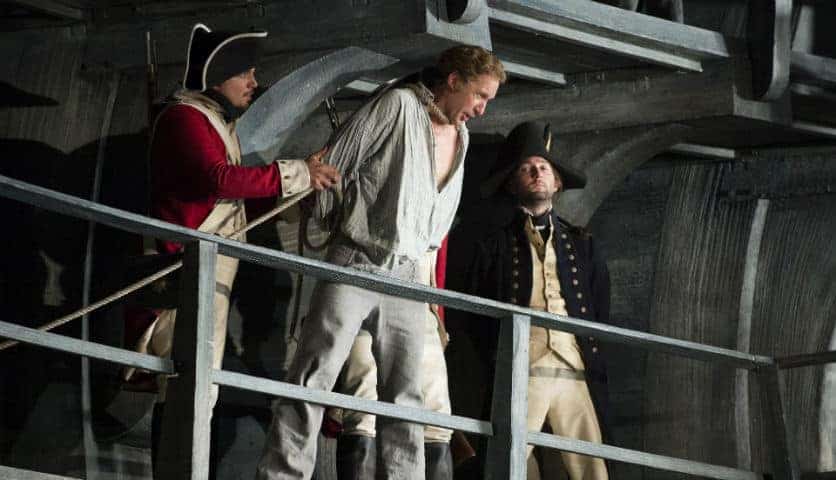 With a cast of 79 men (and unusually for opera, no female roles) directed by theatre impresario Michael Grandage, the award-winning production was truly spectacular, recreating the claustrophobic atmosphere of the bowels of a ship at sea with a seriously impressive set, intricate costume detail and talented singers. 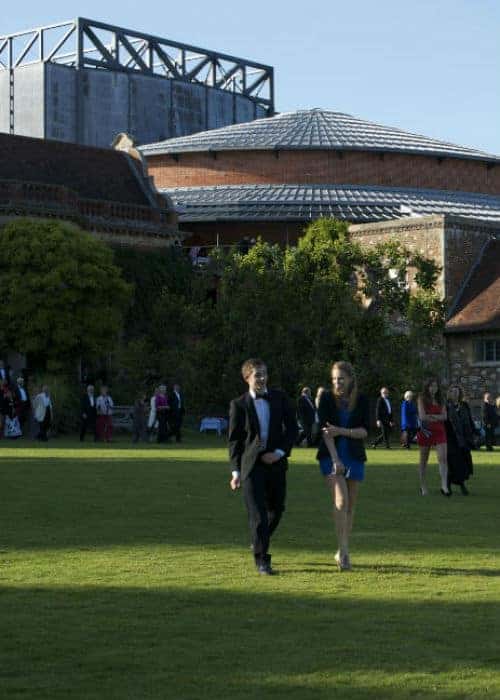 Stepping aboard this Napoleonic man o’ war, with its pulling of ropes and cleaning of decks, its salutes and parades, its rituals, hierarchies and camaraderie, you could almost smell the sweat and sea spray. When the angelic Billy Budd was brought to the skeletal timber hulk, the action immediately unfolded, the pain and destruction completely convincing as he was turned into a martyr by jealous shipmates. A powerful story, this trip to the opera was better than any repetitive cinema screening: the perfect evening out for anyone looking for something a little different. The only problem with such a fabulous pastime is of course the price. 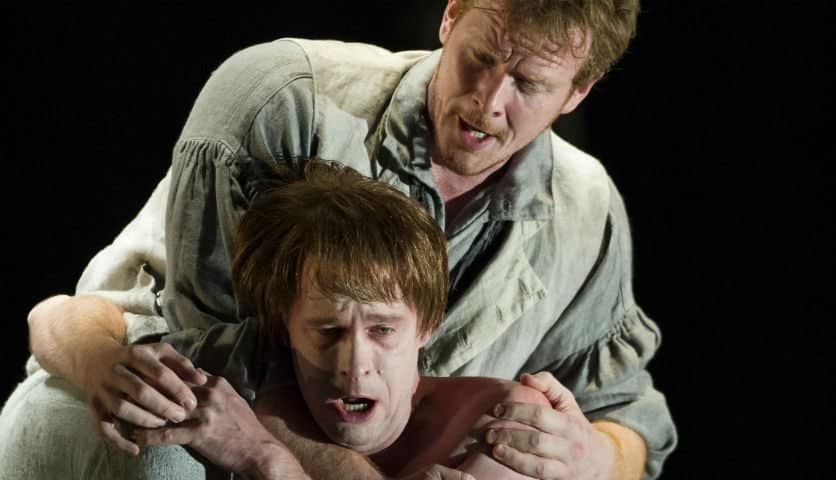 A seat at a stellar production such as this, in a world famous setting, does not come cheap (average tickets in the stalls come in at over £100 each). Unless you’re under 30 years old, that is. Glyndebourne have recognised the value of a younger audience, creating an opportunity for under 30’s to experience the magic of opera for a discounted price, at selected dates throughout the year. It’s a unique opportunity to get involved with an age old tradition dripping with prestige, usually closed off to older people.

Another production of Benjamin Britten’s, The Rape of Lucretia, will be performed to a audience of only under 30’s, directed by actress and director Fiona Shaw (True Blood, Harry Potter). The ambitious undertaking, a ‘chamber opera’ (with a cast of eight and an orchestra of 12 players and piano) tests female vocals to the absolute limit with strikingly powerful notes, promises to deliver truly fierce dramatics.

After our experience of Billy Budd at Glyndebourne, we’re converts. We strongly suggest signing up for this rare opportunity, grabbing a bottle or two of Prosecco and donning your poshest frock for a glamorous, grown up evening you’ll never forget.

The Glyndebourne Tour’s under 30’s night is 28 November.