We weren’t wrong to assume that dinner and drinks at ‘Knightsbridge’s local bistro’ was going to be a swanky affair. But despite the fact that the Brompton Bar and Grill sits just five minutes around the corner from Harrods – in an area where it’s all too possible to blow a month’s wages on a soap dish – the menu on offer here was surprisingly reasonable.

Directly opposite the ornate Brompton Oratory, the BB&G sits on an ‘historic restaurant site’. Ever since the 1940s, this address has been home to one fashionable Knightsbridge eatery after another. But gone are the days when your meal would be served off a trolley and discreet booths would be used for romantic rendezvous between famous politicians and their mistresses; the 2013 incarnation of No. 243 Brompton Road is an award-winning grill serving everything from mouth-watering steaks to a dedicated menu of absinthe cocktails. 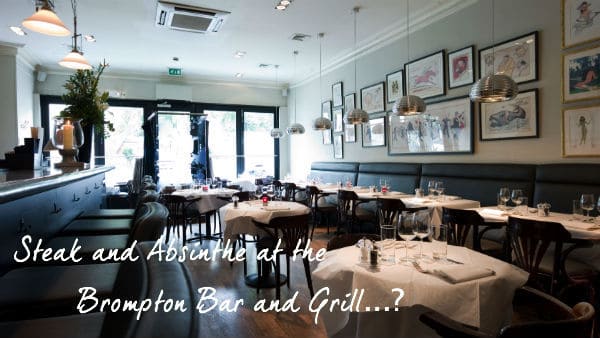 As we sat down at our window table, people-watching the museum dwellers of Kensington and Chelsea, we kicked things off with not one, but two helpings of pre-starter bread and cheese. So simple, so delicious; so unwise to get so carried away gorging on carbs before even opening the menu. Nevertheless, our appetites unhindered, we went on to sample a variety of tasty mains, desserts and cocktails. We did not leave hungry.

The menu on offer at the Brompton Bar and Grill would serve well on any committed carnivore’s culinary bucket list. Boasting everything from your Sirloins to your Ribeyes to your Porterhouses, if meat’s your thing then you could do a lot worse. But of course that’s not to say that vegetarians need stay away; a choice of salads and pastas mean there is plenty to satisfy any palate. We can personally recommend the Girolles Tagliatelles as a vegetarian option, as well as the Brompton Cheese Burger, complete with onion chutney, bacon and BBG’s own signature ketchup (which happened to be the one component that let this dish down. We’ve been spoilt by Heinz).

Before long we had moved onto desserts. With Lent a mere distant memory, it was all about the Dark Chocolate Mousse and Sticky Toffee Pudding. The mousse, served alongside homemade honeycomb, was – to my untrained palate – essentially an Aero yogurt and a Crunchie. But presented in a much more sophisticated arrangement, of course. The Sticky Toffee Pudding and Clotted Cream Ice Cream (pictured below) also went down extremely well; our empty plates after all three courses were a testament to the quality of food served. 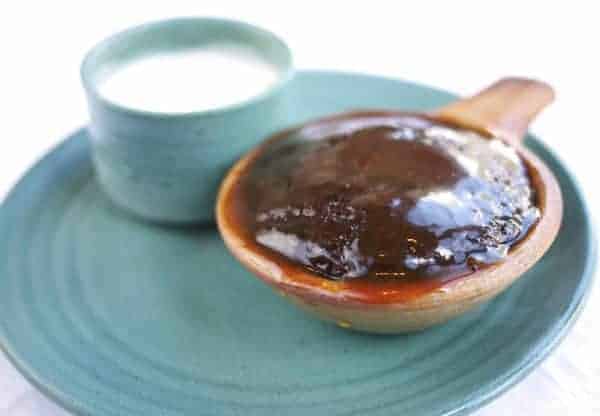 We rounded the evening off with several cocktails from the bar. With an impressive selection to choose from, the Brompton Lychee Sour and the Cucumber Martini were our tipples of choice, neither of which left us regretting our decision. Perhaps one day I will return with enough courage to order from their separate Absinthe menu, headlined by Hemmingway’s own ‘Death in the Afternoon’ (Champagne and Absinthe). Certainly not for the faint-hearted.

There is little to fault on the food and drinks on offer at the Brompton Bar and Grill, here you can get a quality meal without the astronomical Knightsbridge price tag. Given its prime location, we would definitely recommend this as the perfect place to retreat from the bustle of the South Kensington museums and the Knightsbridge shops. 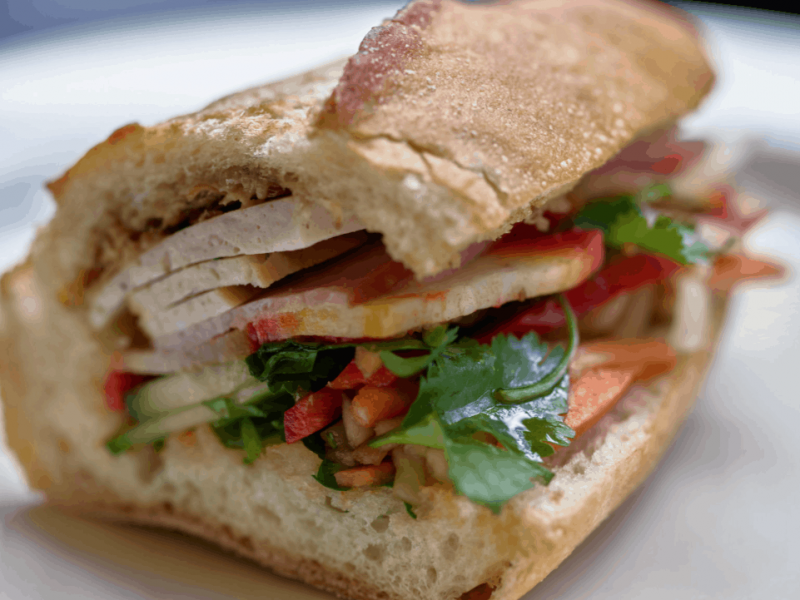