FashionBite spent an enlightening afternoon at Harrods last week, where the temporary Dior takeover allowed us to gratify every facet of our two most favourite indulgences – food and fashion.

Christian Dior’s irrevocable contribution to fashion design in France and across the globe has been honoured in an elegant exhibition at the iconic British store, detailing his journey from whimsical young creative to iconic designer. We were thrilled to learn of the Frenchman’s many idiosyncrasies, our favourite being the fact that he was a complete and utter foodie. 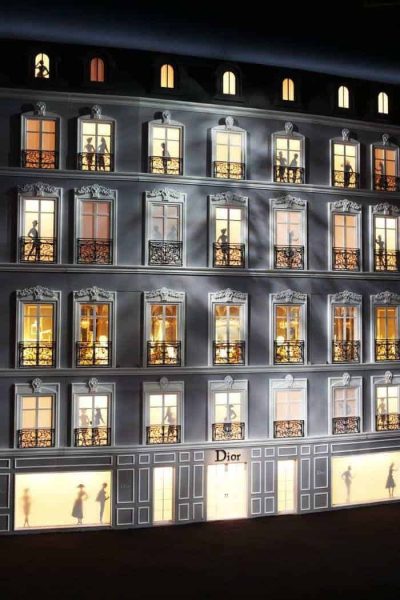 In the fascinating article The Last Temptation of Christian, The New York Times’ Tim Banks described the couturier’s level of unabashed gluttony to be such that Dior was deserved of the nickname “the Elvis of Haute Couture”.  But what dishes made him salivate? The answer to this question lies just beyond the Dior exhibition at the pop up Dior Cafe. 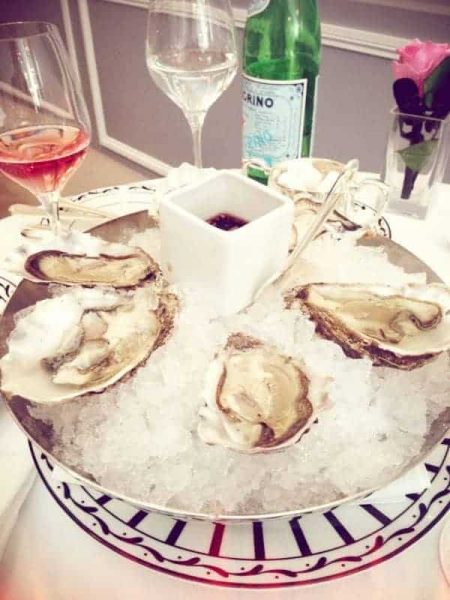 Inspired by Monsieur Dior’s own recipe book, La Cuisine Cousu-Main, a serene corridor littered with flowers and chandeliers offers a menu dripping with ostentatious dishes devoted to recreating the designer’s favourite meals. Black Truffle Omelette, a Trio of Scallops, Filet of Dover Sole ‘‘à la Meunière’’ and a delicate Peach and Strawberry Soup capture the truly grandiose nature of Dior’s tastes, while the quintessentially British institution of Afternoon Tea is given a French twist with perfect Parisian pastries. 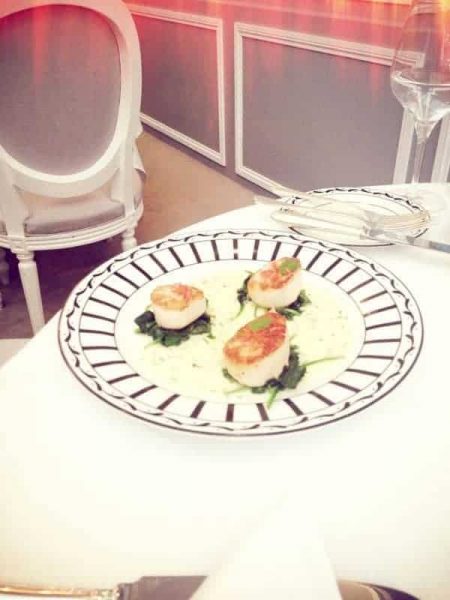 No expense has been spared to create the most glamorous menu in the city’s most audacious store, with the gorgeous Lobster Club Sandwich we tried coming in at £24, while a black coffee will set you back £4.25.  The FashionBite team just couldn’t resist the decadence of the affair, ordering eye-wateringly expensive Scallops and Oysters that were served up beautifully and tasted fabulous, darling! 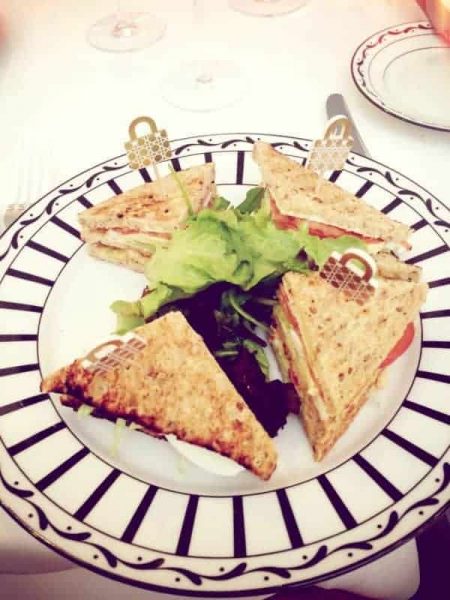 Seduced by the opulence of the occasion we just had to try that most elegant of Parisian desserts, Cafe Gourmand, and like the rest of the experience, it did not disappoint. When in Harrods… 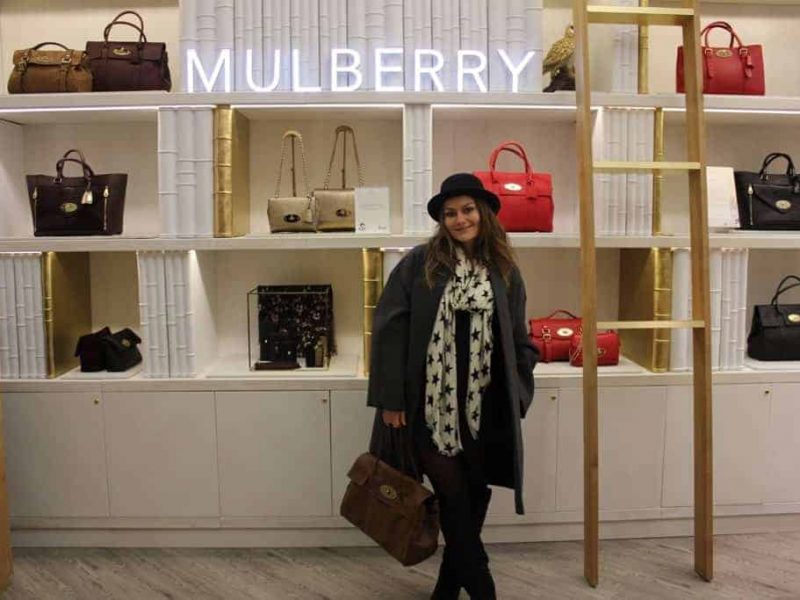