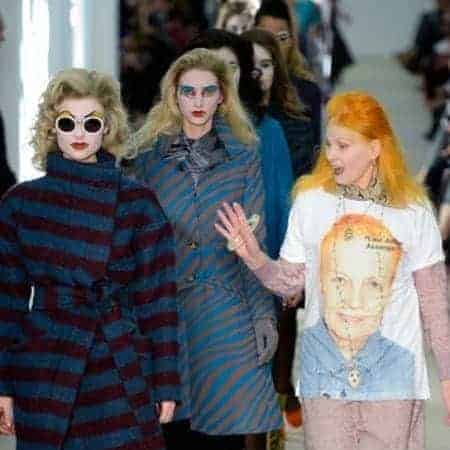 With the sun shining and last night’s red wine chat wearing off, I walked straight past the queues that gathered outside the Saatchi Gallery on this gorgeous Sunday morning, under the gold rope and was shown to my seat on the second row – not bad for my first Vivienne Westwood show experience!

Having got my networking mingle on – during Friday night at numerous LFW after parties (it’s a hard life) – I met a certain someone who just so happened to be a top buyer at Westwood who kindly invited me as a special guest to the show… I should hit the West End more often! Sitting opposite singer Viktoria Modesta, whose ‘Neo-Waltz’ sound Dame Viv evidently appreciates after having invited her to sing at the last Christmas party, the Saatchi Gallery provided the perfect backdrop for a Red Label show.

Split into 2 rooms, it provided similar aesthetics to photographer Jeurgen Teller whose overexposed, stark, white trademark for the Westwood campaigns really embodied the style. Instead of collection notes, a climate revolution chart sat in his place. To a soundtrack that started with hugely atmospheric Lux Aeterna, taken from film ‘Requiem for a Dream’- the models were out. The make-up was as ever, sublime with the theatrical, exaggerated arch, outline and graphic colour that gave each model a character to play. Lady-like, 50’s housewife bouncy hair with numerous aubergine cardigans, teal draped pencil skirts, standard nipped-in tartan with flashes of turquoise that popped on tights, shoes and eyeliner. Westwood’s iconic cut, drape and silhouette could be spotted a mile off, with the oversized turquoise snakeskin clutch a must-have for next season. The collection was lovely but nothing ground-breaking- but then again Viv has already broken the ground, smashed it in fact, so why not stick to what you know?

My favourite look was the amazing purple hologram structured jacket with large, fish scale sequin harems- stunning! With the last model carrying a clip-board instead of a clutch (had to be one quirk) the Dame herself was led through the gallery showcasing a T-shirt with her own face on it! The show was supposed to be 12 minutes but was cut to 7 shortly before the doors opened when the designer realised she didn’t like half of the collection (Westwood’s design team look after Red whilst her attention is predominately on the Gold) but I thought it was as strong as ever.

The icing on the cake though was seeing the pumpkin-flamed designer stomp the catwalk, full of guts and stamina as always. All hail queen Viv, now for Paris… 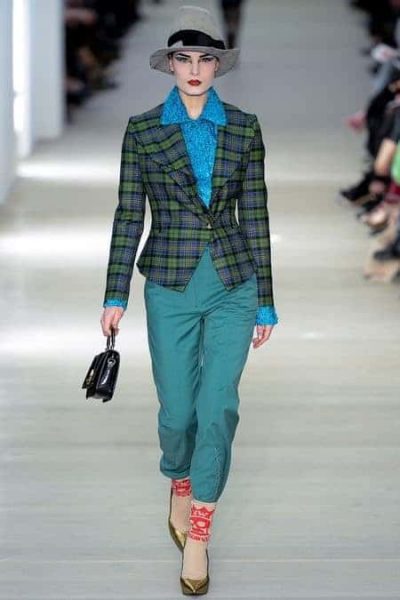 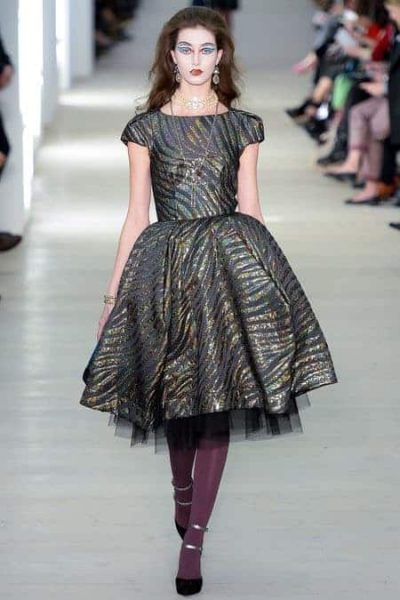 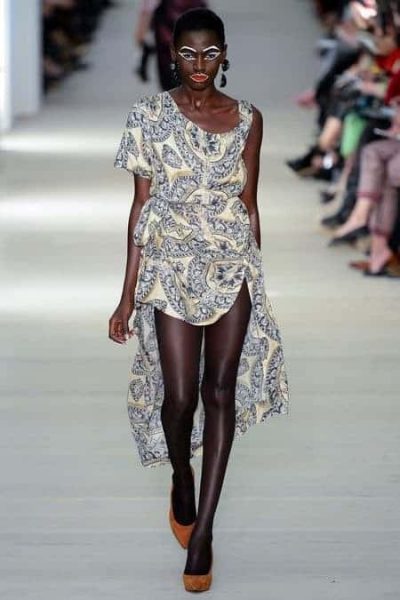 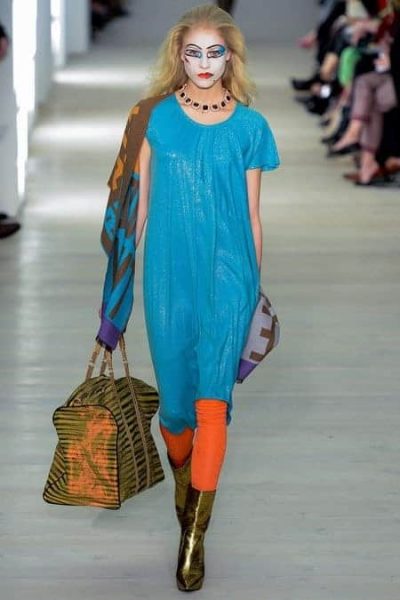 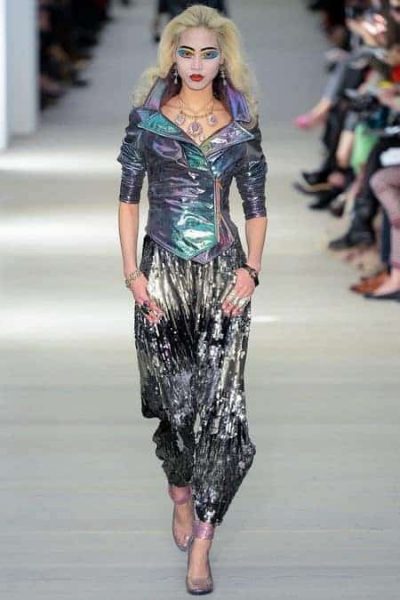 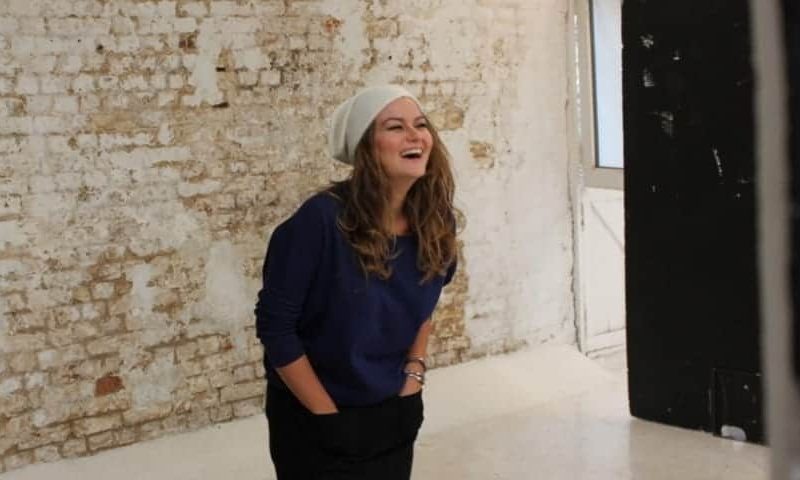 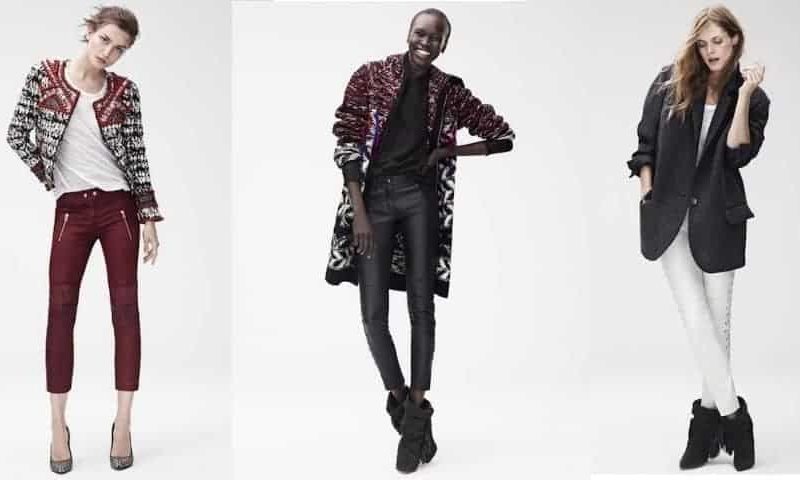