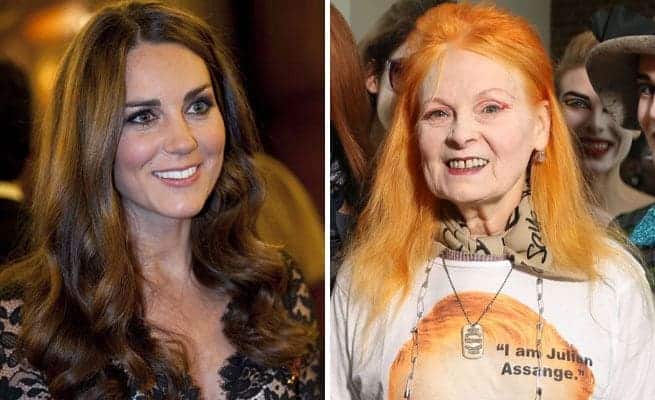 The Queen of Fashion has had another pop at the real royal family, calling on the Duchess of Cambridge to recycle her outfits.

Britain’s favourite and most outspoken fashion designer spoke ahead of her Vivienne Westwood Red Label presentation at the Saatchi gallery yesterday and she wasn’t afraid to let her views on Kate Middleton’s fashion choices be known (again!):

“I don’t have any advice for her, [although] I think it would be great if she wore the same clothes over and again, because that’s very good for the environment and it would send out a very nice message. I mean you don’t have to have a red outfit one day and then something almost the same in blue the next.”

We think Kate is a pro at recycling outfits, but she’s been criticised for how much her wardrobe costs. When it emerged that the palace had spent £32,870 on her wardrobe in six months, many including Dame Viv were not best pleased. In 2011 she was drawn into a debate about Kate’s makeup, telling the Sunday Times magazine:

“The sharp line around her eyes make her look hard. Either she should be smudgy or wear none.” Oops!

Recycling is second nature to us at FashionBite – in fact, we’ve got wearing an outfit out more than once down to a fine art… so long as there are no cameras around. We have to admit that Facebook fear has been known to rear its ugly head when it comes to what we’re wearing… who wants to be tagged in the same outfit twice?