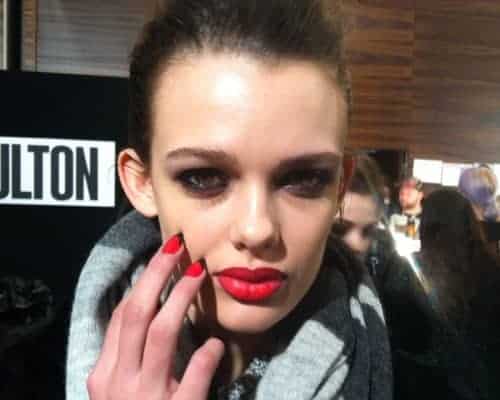 Rebellious French pin-up Beatrice Dalle provided the inspiration for Holly Fulton’s sultry, morning-after-the-disco before AW13 show. A symbiotic slew of vulnerable yet tough-looking models stormed the catwalk with a gap painted on their front teeth, outlined by a statement red lip.

A greasy onyx eye complemented custom made stiletto nails by Michelle Class. To achieve the look, skin was prepped and primed then covered with MAC’s Mineralize Moisture Foundation for a creamy, flat matte finish. Eyes were dusted with MAC Pro Eye Gloss in brand new shade Black Sea, then rimmed with Feline Kohl Pencil and Plushlash Mascara in Plushblack.

Class created an edgy French manicure with Morgan Taylor nail Lacquer in Red and Little Black Dress, inspired by the makeup and the designer’s first ever use of red. 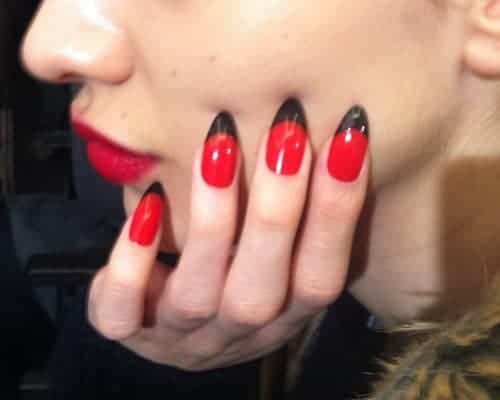 Emulating the gappy grin that made the 80’s style icon infamous was easy enough – make up artist Andrew Gallimore created the look with a slick of black eyeliner and a theatre product called ‘tooth enamel’. 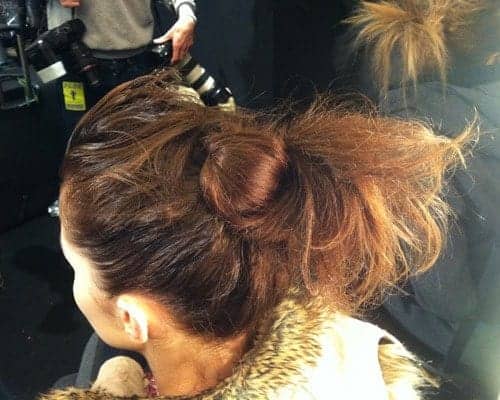 As for the hair, Shon took Dalle’s spirit, “she’s a very strong, sexy woman…smouldering,” and interpreted it as an unapologetic, unkempt knot. “Natural nineties grease” was the texture of choice, teased into place with L’Oreal Paris Elnett Satin Heat Styling Spray – clean hair is a no-no when it comes to achieving this look as it just won’t hold the style!

Using plenty of Elnett Diamond Hold Spray, Shon loosely tied the hair in a knot before pinning it in place.  We reckon we could manage this look with ease, post night-out…

After the show, Holly told The Daily Mail: ‘The idea was groupies showing their love for a band marred with Victorian symbols of love.”

Speaking about her strong use of red, she said: “I’ve never used red before so I said, why not? It’s surprisingly different.

“I didn’t use any black last season so I wanted this season to be a real contrast in terms of being darker, a lot sexier with a harder edge to it.” 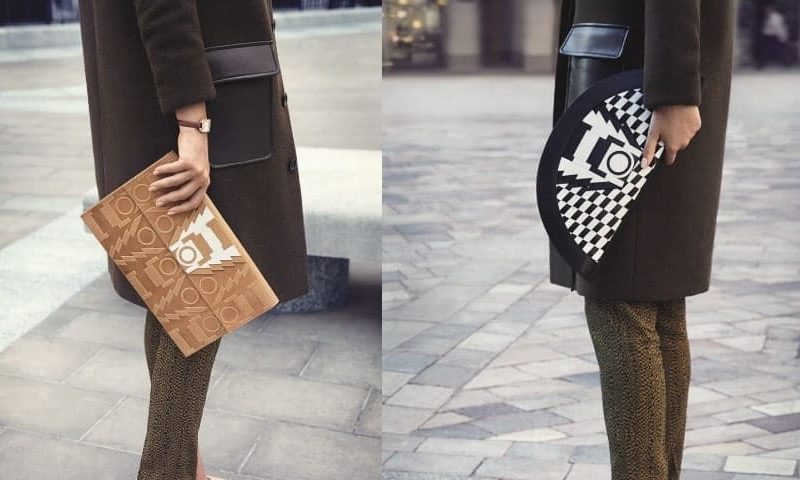