The wait is finally over for avid fans of the British iconic brand Dr Martens, for this Wednesday sees the collection debut with Agyness Deyn finally hit the stores.

After months of teasers (including a short fashion flick which sees Deyn and a friend, tear down the Californian backdrop in gritty 90’s style with short red hair, graffiti, quilted puffa jackets and tinted Lennon glasses) the northern model-turned-actress shows us why she has been a huge fan of the label since she was 13 years old. “I bought (my first pair) as a combination of showing that I wanted to rebel against my parents and they were the coolest boots that I could get away with wearing to school which stood for something!”

A lumberjack catsuit, lime green daisy floral tea dress, neon pink bomber jacket, lilac heart satchel, crush velvet creepers and fetish over the knee lace up boots, sees the brand take on a new lease of Lancashire-fuelled life, whilst still glancing back to the early 90’s to which the label will always be epitomised in. Having already fronted their AW11 campaign, Deyn states early 90’s figures like Johnny Depp and Winona Ryder as her inspiration for the current collaboration, which sees a wonderfully established connection between the two figures within British culture today. 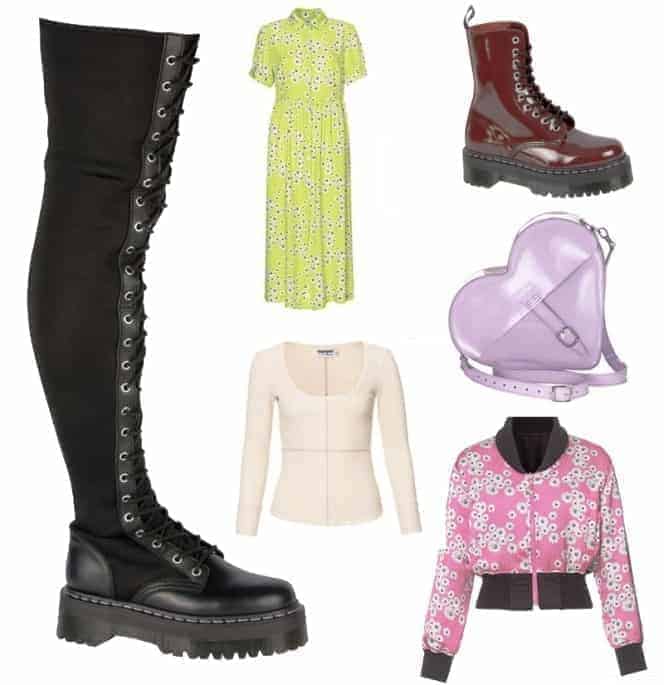 Dr. Martens is to Britain what Marmite is to toast, a British institution where you either do love it or avidly hate it. Conjured up by German Doctor, Kalus Martens during World War II due to an injured foot on a skiing trip, British shoe manufacture, R. Griggs Group went on to buy the rights for the footwear. After a few design tidy ups here and there, including adding the now iconic yellow stitching around the base, Griggs went onto trademark the soles as AirWair. Popular with workmen due to their fundamentally solid design, they soon became the youth sub-culture footwear of choice. When Pete Townsend rocked out on stage wearing a pair of black 1460s with The Who, the world gasped. In a time of hippy-dippy-long-hair-flare-loving-peace-signs, the laced up, fierce stance of the Dr. Marten was a massive contrast and completely changed the way we looked at footwear. 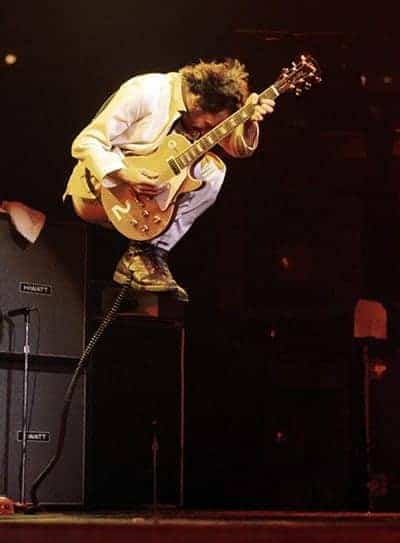 Throughout the 1970s-80s, other groups stamped on them as their own such as punks, new wavers and skinheads for which they notoriously got the assumption of violence tarnished onto their rubber soles. Yet in the 90’s they became a more ‘fashion’ choice, with a nod to the likes of Courtney Love, Gwen Stefani and Juliette Lewis, which gave the brand a new found sex appeal, set alongside the androgynous look, for which it will always be associated with. And with that, only one name could possibly represent and join forces with such an iconic name this season, the poster girl for effortless girl-meets-boy style: Agyness Deyn. 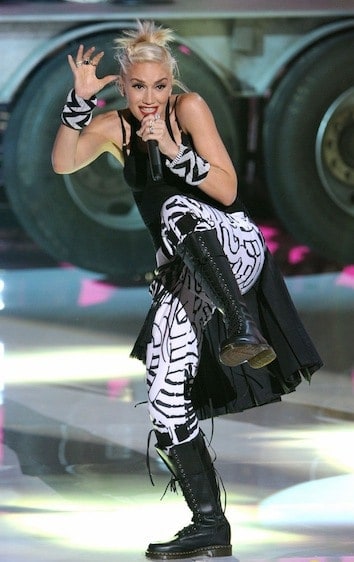 Now more mainstream than ever before, with fashion magazines constantly quoting DMs to ‘punk’ up any girly outfit, right through to urban dance acts, TV presenters, models off-duty, festival goers from around the world, available in an array of prints, colours, textures, reaching out to clothing, accessories, even limited edition USB keys. Yet Dr. Martens is still the embodiment of cool, whoever you are. 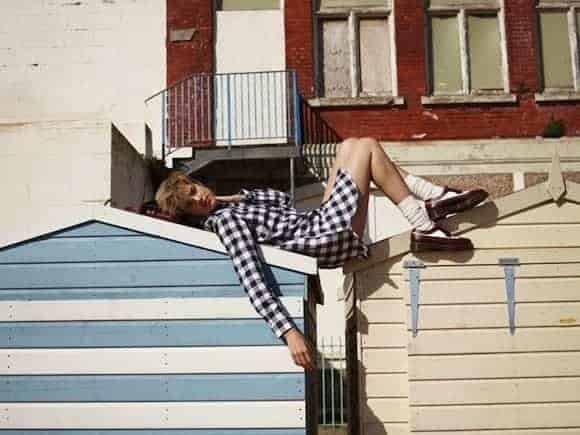 Agyness Deyn for Dr. Martens is available in store this Wednesday.