There is definitely a fiery, aromatic spice in the air. Buffalo trainers and triple creeper wedges are out in force, cutesy bunches seem to be the hairstyle of choice for the mid-twenties, white over the knee socks are making a serious comeback against short denim dungarees, metallic hotpants with vintage adidas tight vests, LBDs with strappy 90’s heels, garish bright make-up set alongside zebra neon streaks, dark lip liner and turtle neck tops, leopard print and red thigh high boots, the wonderbra and feather boa shrugs… come on, haven’t you guessed by now? The Spice Girls are back!

For one night only, the true founders of modern day Girl Power have reportedly agreed to get together for a last performance at the Closing Olympic Ceremony. With enigmatic pictures being tweeted, including the Swarovski decorated set of 5 microphones (one with the union jack flag wrapped around the clas, we wonder who!) and rumours Giles Deacon will be designing the costumes, it has yet to be officially announced. Yet every girl (and spiky gel-fumed Spice Boy) who can vividly remember grabbing their four friends and dancing round the living room, screeching down empty bottles of watermelon Bacardi Breezer, miming out the movements to ‘Stop’, are waiting with breath that is seriously bated.

Their reunion gig in 2007 may not have received the most colourful of reviews but for avid fans (here at FashionBite!) the 1997 Brit Awards, when Geri stomped down the runway in that union jack tea towel, whilst strutting their way through ‘Who Do You Think You Are’ was the epitome of our childhood memory. With Chinese whispers stating that Victoria Beckham has agreed to the performance only if they never reform again, this could literally go down in history.

FashionBite was lucky enough to make it to the epic dance music festival ‘Eastern Electrics’ on Saturday at Area 12 in Greenwich and here it was quite clear to see, the music lovers of East have certainly got into the Wannabe spirit. Ginger, Baby, Sporty and Scary (Posh is just too restricting for this kind of festival) were together again. Oh, it is all Too Much. 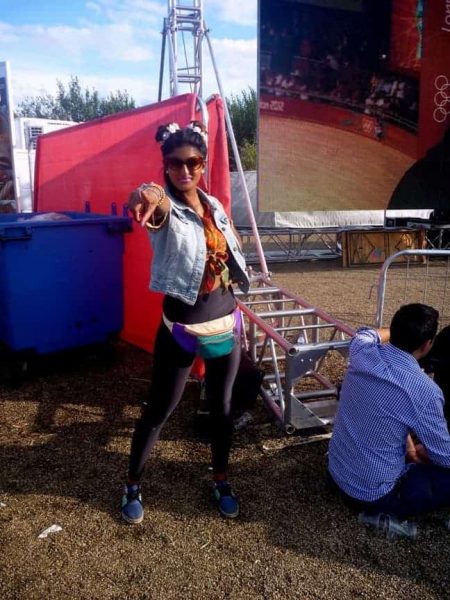 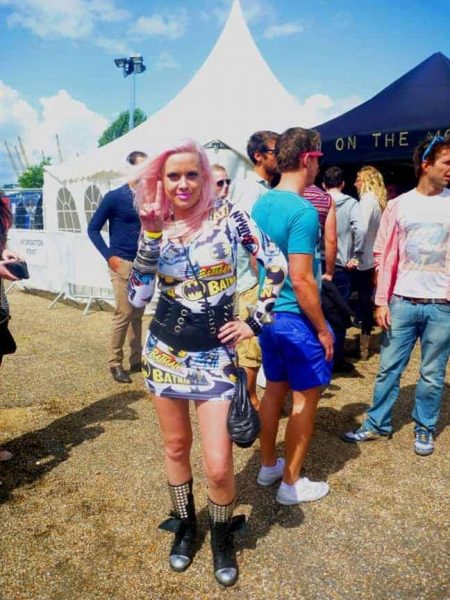 With the candyfloss hair, bubblegum pink Barry M lippy, bodycon superhero printed dress and now iconic peace salute, it is Baby Spice in a parallel, punk/Essex studded universe. Blowing bubbles side of stage at Boddika, as everyone else around was bouncing to the set of the night, this was Baby circa Spice Up Your Life. 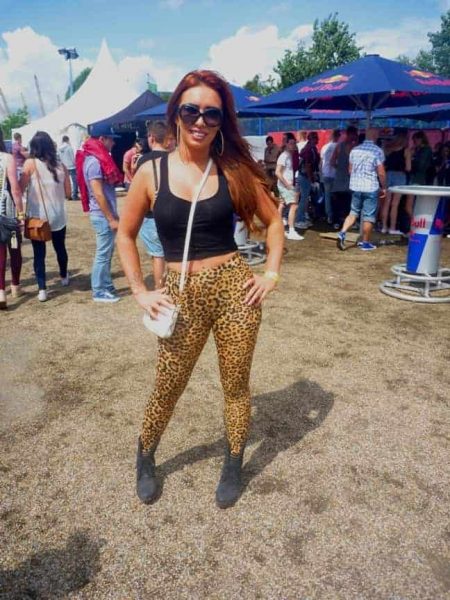 Vivid leopard print leggings and a powerful robust stance, “We call her Mel’ard cos she’s WELL’ARD”  is back! This look is straight out of Say You’ll Be There, transported to the Crazy P tent some sixteen years later; a sure fire sign that Bet Lynch animal print will never go out of rowdy style. 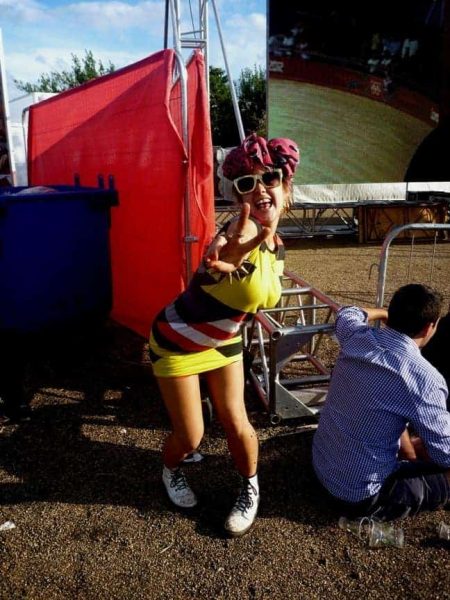 And finally, loud, proud and all about the Girl Power, Geri ‘Prince Charles arse pinching’ Halliwell. The strong abstract T-shirt dress, brash gold sunglasses, cocky salute and a face that is as confident as she is mouthy, gingers rule and so does that pink leopard print headscarf seen at Jamie Jones.