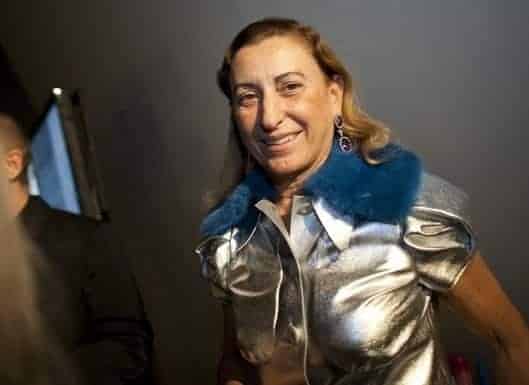 Miuccia Prada has spoken, in a rare interview to La Repubblica, as reported by WWD. The designer said: “With the sale of our luxury labels to foreigners, our entire system risks falling into second league.” She commented on designers snubbing Italy for Paris, “you can’t blame them,” she said, citing Raf Simons as an example, who was “already highly considered” when working at Jil Sander, but is now working for Dior in Paris, where “his value will further be emphasized.”

Miuccia partly blamed the media, accusing the Italian press of not taking fashion seriously, considering it “frivolous,” without realizing how relevant it is in terms of sales and employment. She also pointed a finger at intellectuals and left-leaning politicians, who “remain diffident toward wealth and glamour,” while money, she said, can actually help “organize art, culture and fashion.”