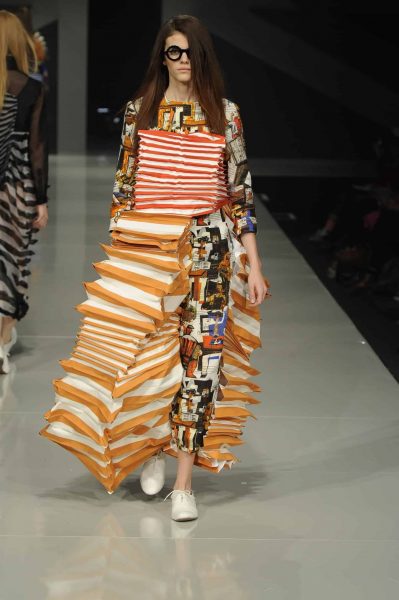 All eyes were fixed intently in the direction of Earl’s Court for the never disappointing, always spontaneous Graduate Fashion Week and yet again, it proved itself to be the best in the world.

FashionBite was invited to the Final Gala Show, where we were absolutely blown away by the exquisite designs, the amazingly ridiculous ideas and the outstanding creativity that these young students are displaying. 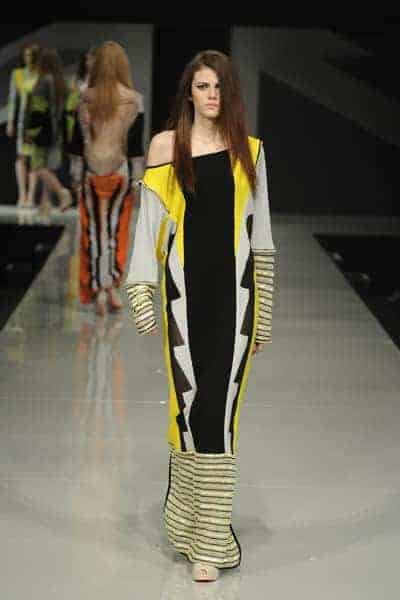 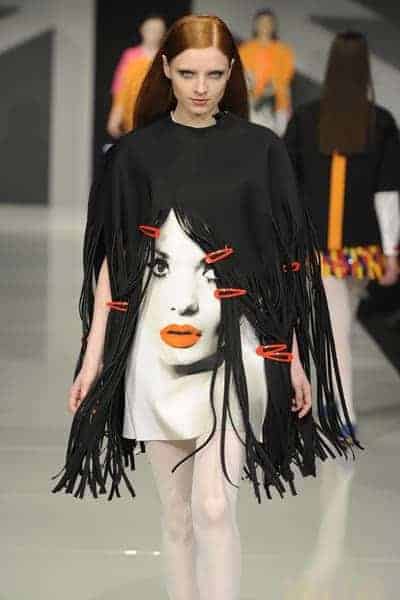 Throughout the week, students from Universities across the country and Europe have been displaying their work in the exhibition centre, with the best being chosen for the catwalk Gala where awards were given out for the most superb and decadent designs.

The biggest ‘Gold’ award of the night was handed to Chloe Jones from Bath Spa University for her incredible medieval inspired collection. Unearthly, slate grey gem encrusted pieces that envisioned sheer, swooping skirts under monk-like, hooded jumpers giving a chilling, Tudor Queen before the beheading tower feel, when the models graced mournfully back down the catwalk. Stunning. 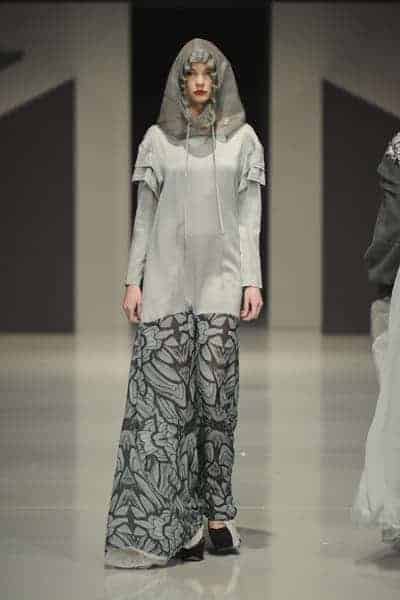 The award, which has been won by Christopher Bailey previously, presents the winning student with £20,000 to kick start their career. The event, sponsored by George and in its 21st year, helps students by not only showcasing their designs, but mentoring and guiding them into the industry with advice, support and encouragement. 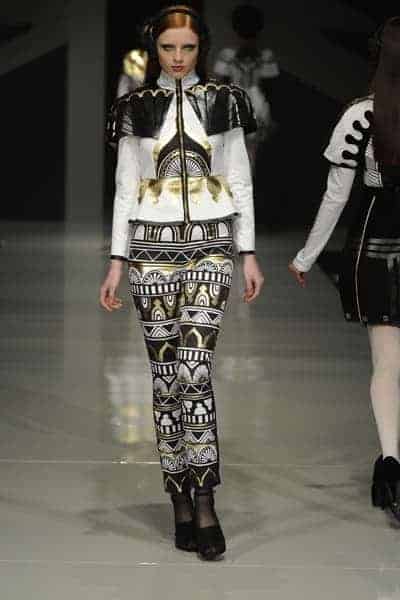 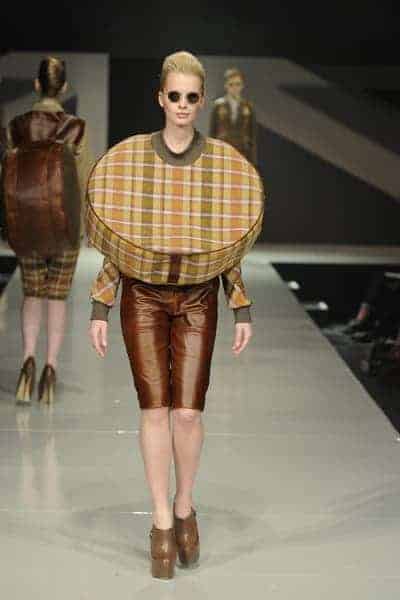 Presenters from the night included Matthew Williamson, Julian McDonald, Suzy Menkes, Bip Ling and Daphne Guinness… who had a little trouble with her speech. Only in fashion eh!