Cannes – How to look stylish on the Cote d’Azur?

Cannes – How to look stylish on the Cote d’Azur?

Cannes Film Festival is a designer’s dream, a non stop showcase  of stunning outfits, beautiful people and amazing parties. I went just up the road to the glamorous St Tropez last summer, but you have to notch it up a few levels in the style stakes for Cannes… so what do you wear?

Stella Artois has produced a short film about the life of style icon and ‘king of Cannes’ Jacques D’Azur, to be premiered at the festival in May.

Jacques D’Azur (above) was a French actor, director, tennis player, chess master and water skiing pioneer who became synonymous with the luxurious glamour of Cannes in the ’50’s/60’s/70’s.

He was considered to be the Movie Stars’s Movie Star. One friend said: “One of the greatest attractions at the film festival was Jacques’ entrance. It usually received a better critical response than the films.” Another said: “No one could wear a suit like Jacques, we used to joke that he was born wearing a bowtie and sunglasses, but he actually was – I’ve seen the photos.”

If I was going to be Jacque’s plus one, I would need an outfit which seriously sizzled with glamour- and what better way to do this than the fabulous fashion label Halston Heritage? The brand – made famous in the ’70’s after becoming the look of iconic nightclub Studio 54 – has had a refresh in the last few years with a new diffusion line, even receiving creative imput from Sex and the City style icon Sarah Jessica Parker.

For daytime Cannes, I would rock this fluroescent ruffled silk-chiffon Halston Heritage playsuit and for night, this metallic silk-plisse gown – which screams Riviera glamour!

To be in with a chance of winning a trip to Cannes Film Festival this year, audition like a star at www.castingcall.stellaartois.com and you could be experiencing the jet set lifestyle like an A-lister next month! 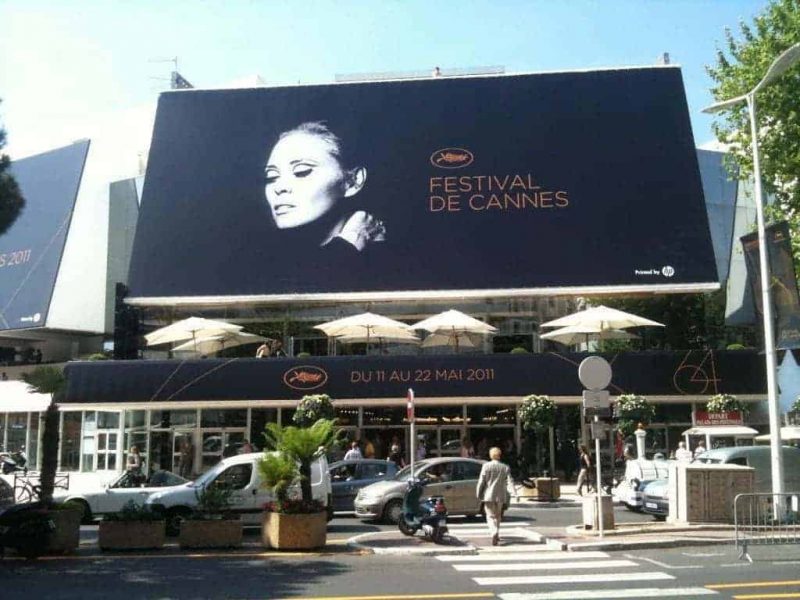