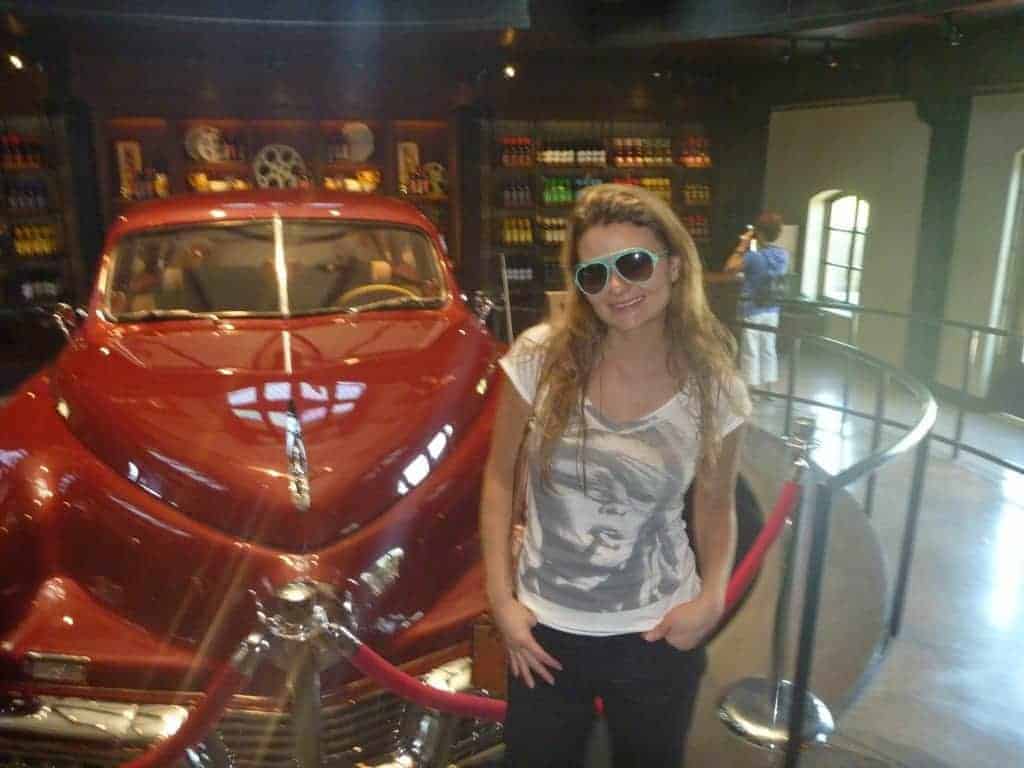 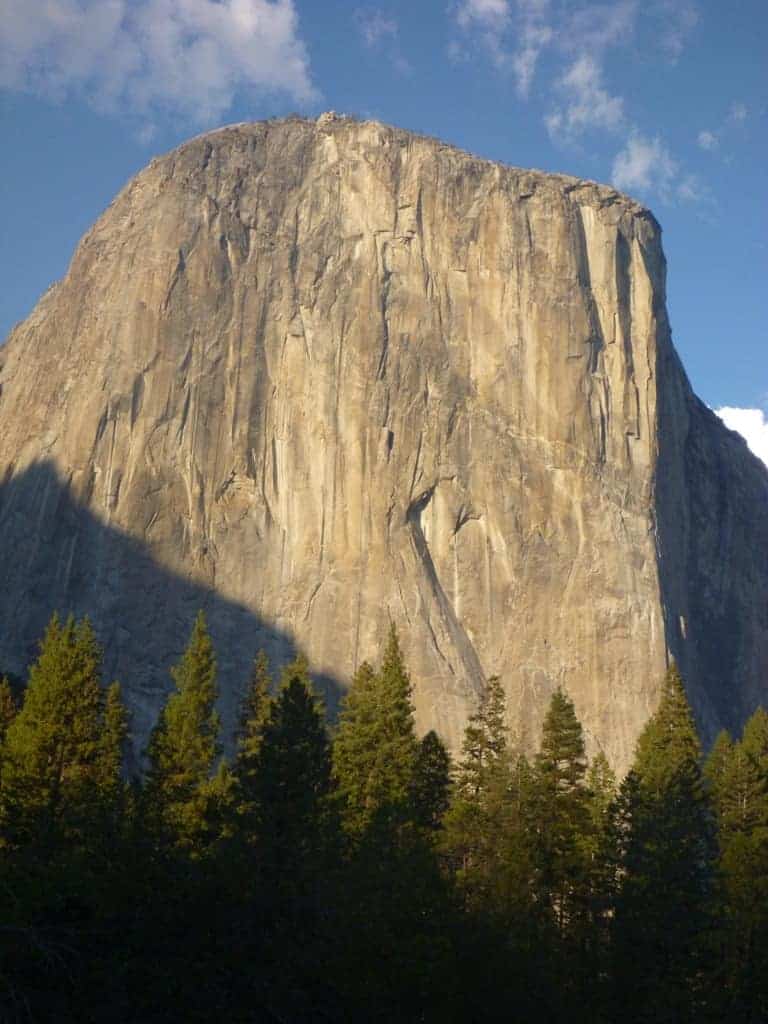 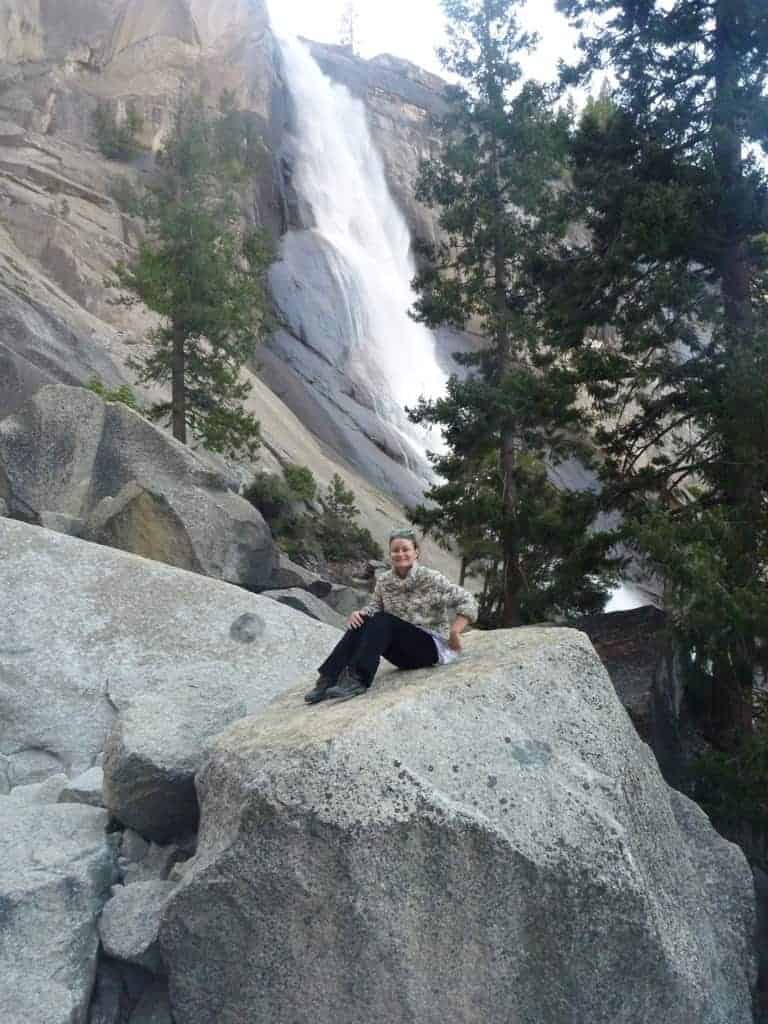 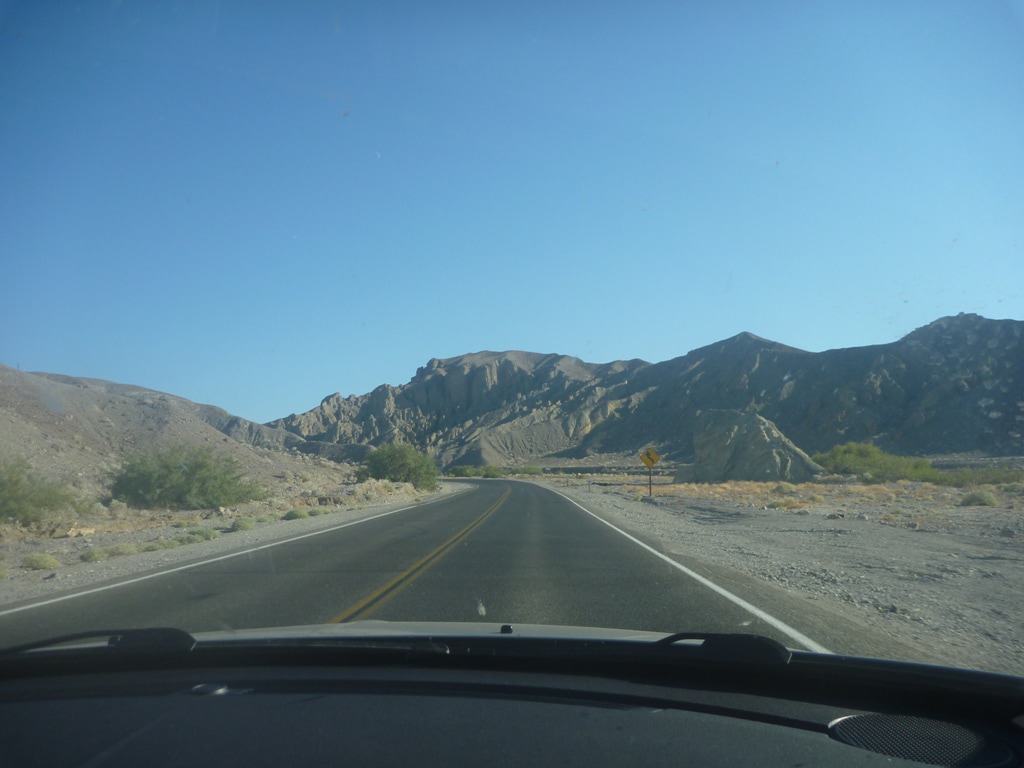 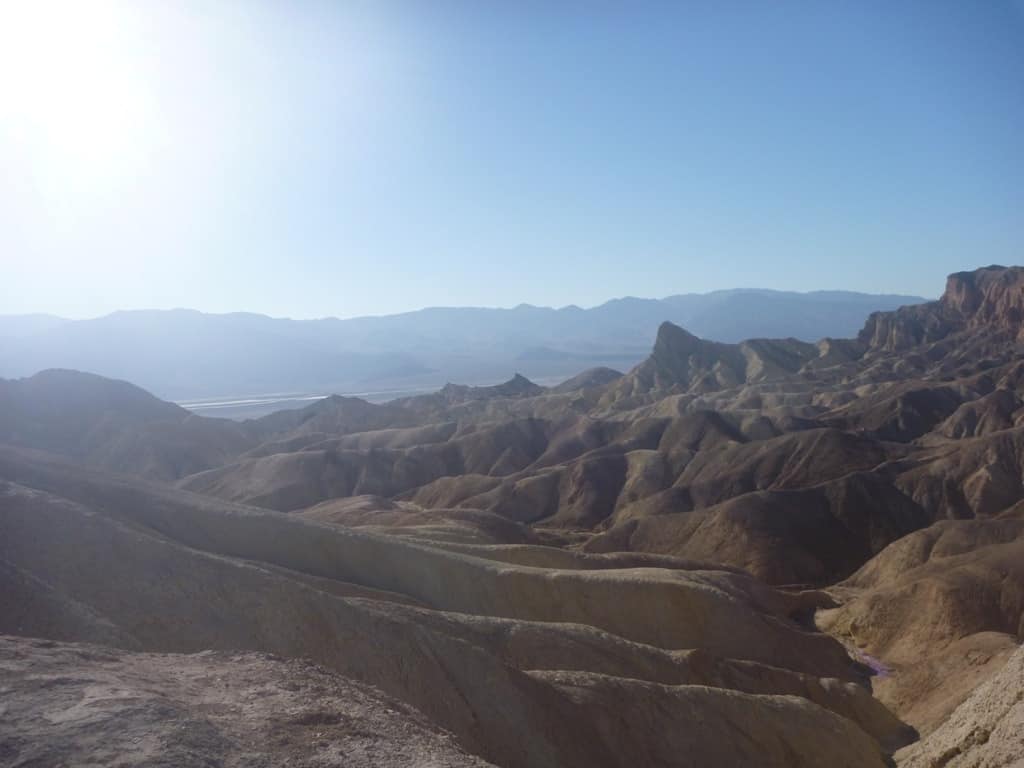 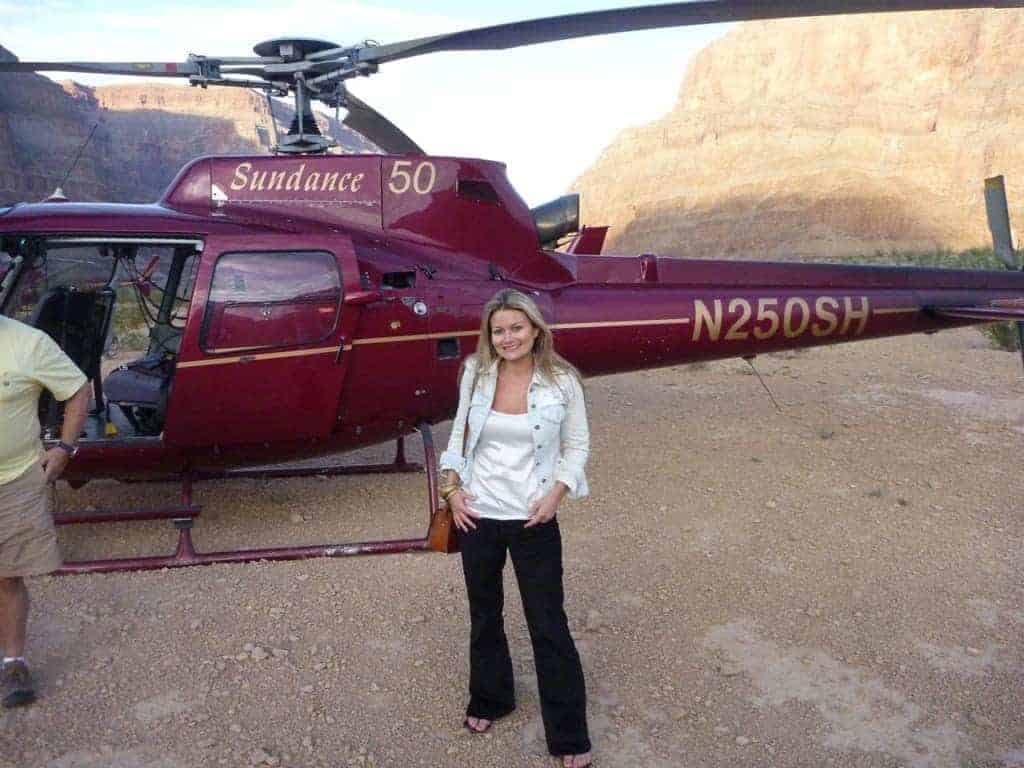 The Grand Canyon by Helicopter 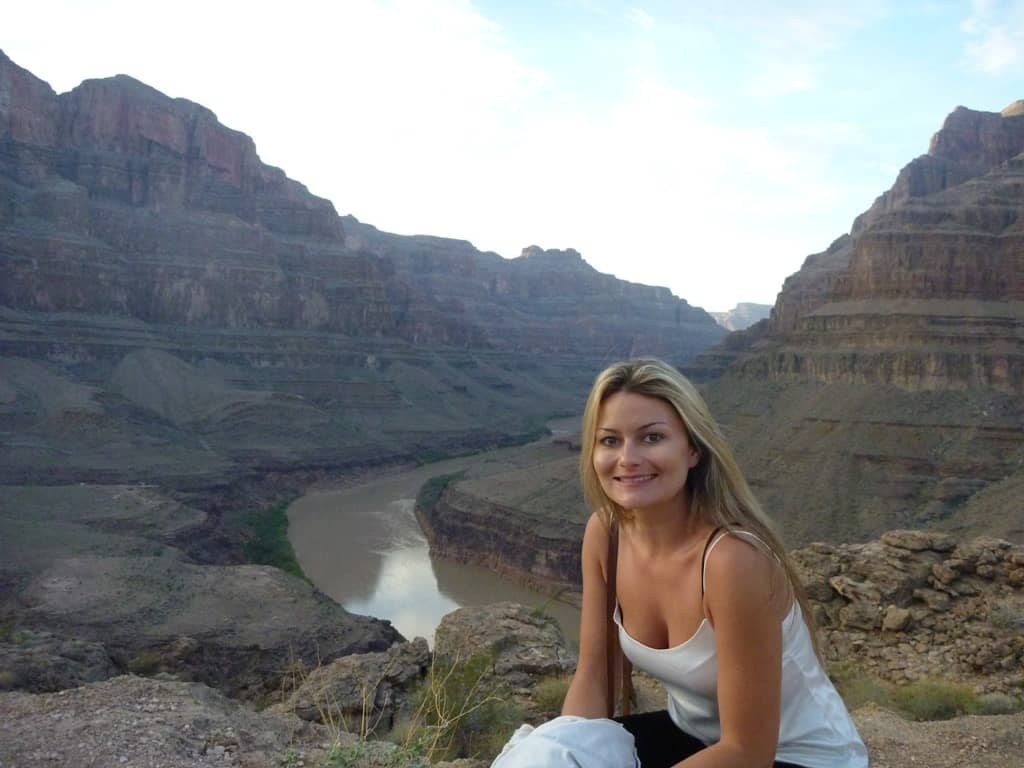 Landing in The Grand Canyon 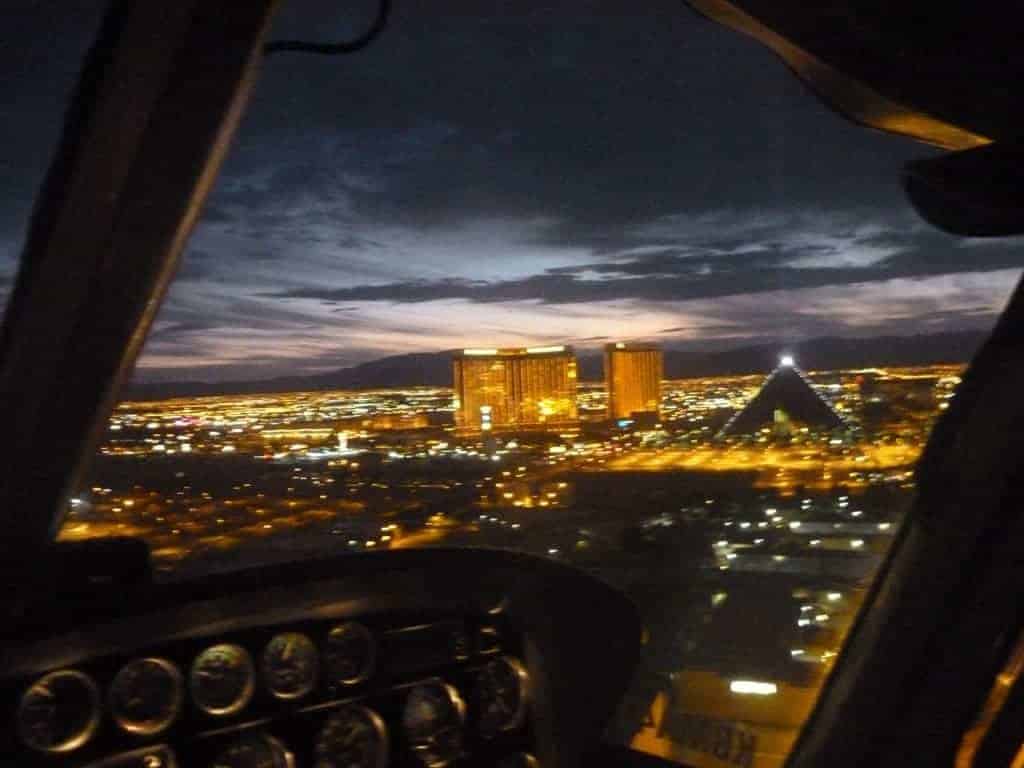 I’ve just got back from the most incredible holiday in California, feeling a bit jet lagged but apart from that it was amazing!

We headed to San Francisco initially for a wedding and stayed nearby in the beautiful Sonoma wine region.

We hopped on bikes and went wine tasting round a dozen or so vineyards (including one owned by Godfather director Francis Ford Coppola)…things were a bit wobbly on the way back!

San Francisco’s an amazing city, it’s got a really great vibe to it and the people are so friendly.

After the wedding, we hired a car and headed out on the road. First stop, Yosemite. The national park is as famous for its breathtaking sculptural landscape, carved out of millions of years worth of erosion and the ice age, as for its black bear population (!).

We camped in the mountains and were taught to run at a bear shouting if we happened to encounter one.

On the second day, we set off on a 12 hour hike to Half Dome, virtually the top of one of the mountains..it was hardcore. The following morning, we were woken to the sound of shouting as a bear was chased out of camp, right outside our tent!

After Yosemite, we drove 11 hours through snow capped mountains, lakes and into the searing hot desert and Death Valley. It was the most amazing drive I’ve ever been on and I can’t recommend it highly enough. We were on the open road, roof down and driving through the most incredible landscapes. If was so strange, we headed from winter into summer in one day…

Death Valley led us into Las Vegas and we arrived late at night with the whole strip lit up. Vegas is a crazy place- very expensive (you need to go with a spare few grand at least!).

We gambled, saw some shows but the highlight was definitely a helicopter ride over the Grand Canyon, it was AMAZING!

We flew over Hoover dam, landed in the Canyon and sipped champagne, then flew back over Vegas at night with all the strip lit up from above..it was such an incredible experience.

It doesn’t come cheap, but it’s well worth it- especially if you can do the sunset flight. I also LOVED Freemont Street, which is old Vegas- about a 15 min cab ride from the strip..it’s absolutely crazy. A similar vibe to The Secret Garden festival if you’ve been and feels a lot less commercial than the strip.

After Vegas, we were back on the road and headed to Santa Barbara, a typical Californian seaside town just up from Malibu. Unfortunately, the weather wasn’t great but we hired bikes and biked all round the area. We then drove up the coast, through the Big Sur which is a coastal path with breathtaking views and ended up in San Fran again where we spent a few days properly exploring the city (and shops!). There was a big sale at Banana Republic-my credit card took a bit of a hammering..

So, back to fashion tomorrow- I start a job freelancing as the new online editor for a luxury/high fashion watch retailer called TIME².

Autumn Road Trip In The UK