Continuing the new season preview, Fashionbite is showcasing key designer looks for spring, as seen in Vogue’s February issue, and highlighting where to get your hands on designer looks at high street prices…. 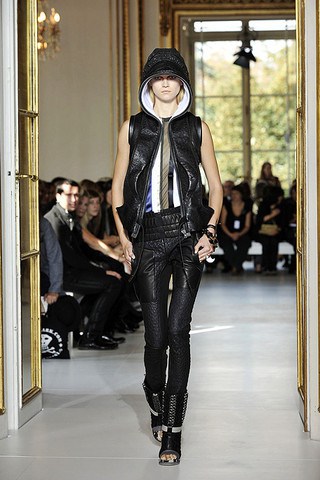 Booted and hooded in urban armour at Balenciaga, Nicolas Ghesquiere dresses his tribe for victory.

Make-up at Balenciaga’s catwalk show was ‘warpaint,’ as described by The Telegraph’s Hilary Alexander, with flashes of neon pink, orange, yellow and blue around the models eyes. Boots were mid-calf, with fierce metallic heels and open toes.

For a high street take on uban/tribal-chic, Urban Outfitters has a strong offer, to search for open toe boots, check out Shop Style. 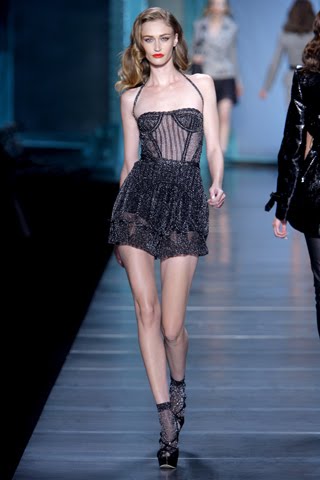 Underwear as outerwear, as seen at Dolce and Gabbana– see Fashionbite’s earlier post- is strong for spring, but you can adapt the style with lace/frill detailing on tops and skirts.

Warehouse has a fab range of lace-inspired pieces.

Alternatively, Topshop has a huge array of lace/frill detailing on tops, adding a touch of glamour to any outfit. 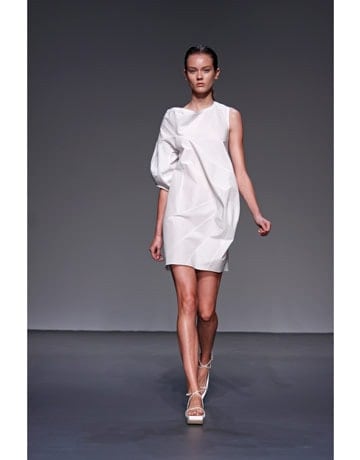 Pairing a shrunken racerback dress and a oversized, textural blazer gives a fresh stance on brilliant white at Calvin Klein.

Unstructured, pared down and white. Soft, organic shapes and contrasting texture. You have to have a sylph-like frame to pull this one off..but for high street inspiration, take a look at Zara (although you can’t buy online yet) and Whistles– which embodies pared down minimal to a tee. 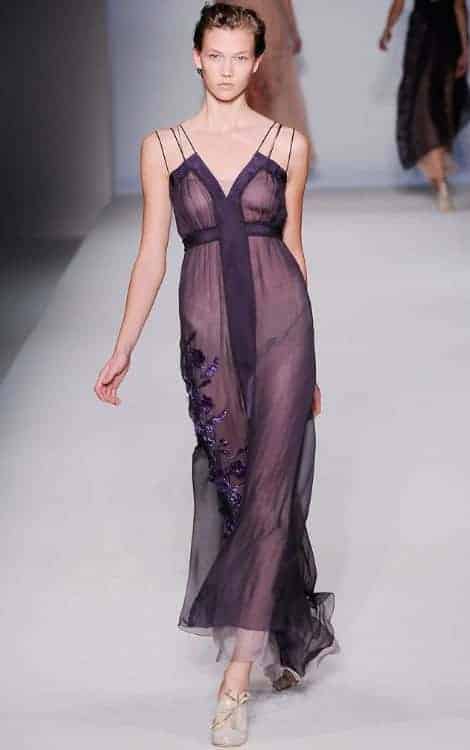 The mistress of the evening dress stealthily plays with sheer, floating it to the ankles in smoky layers, said Vogue.

Alberta Ferretti said “I used overlapping to get a new kind of lightness, free of structures.”

To get the look visit Ghost, a label which had a re-birth earlier last year (with a little help from London Fashion Week design duo Modernist) and offers a fab range of romantique-esque pieces with light layering and fluid silouettes. 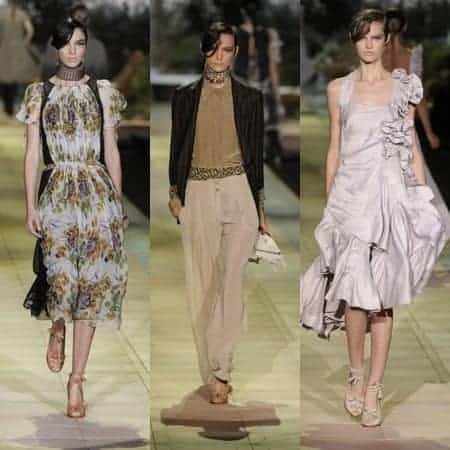 The slipdress makes a welcome return in silk and a retro flower print at Roberto Cavalli, layer as you please.

Roberto Cavalli moved away from his overtly sexual, high-glamour style of norm, to a more romantic vision for spring/summer, inspired by the garden in his Florence home.

Floral dresses with contrast slips give an edgy high street take on the look at Asos. 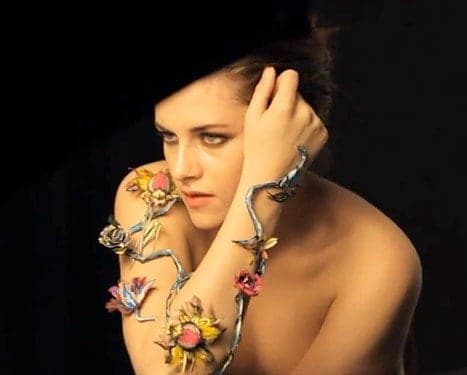 Snow bunny: how to keep stylish in the snow?